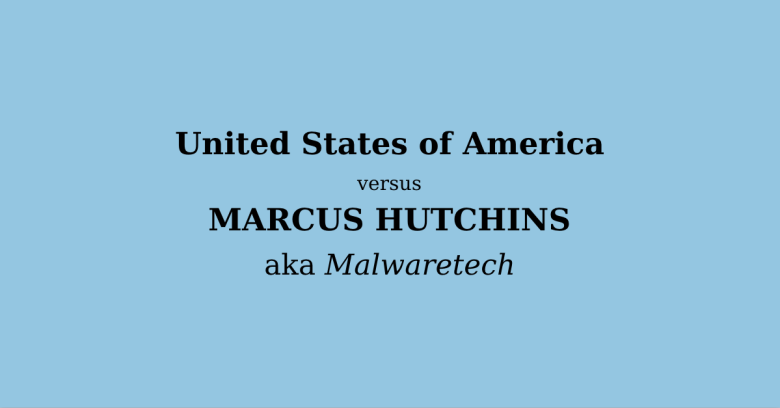 Marcus Hutchins, known as @MalwareTechBlog on Twitter, has been spared jail over malware charges.

British-born Hutchins, who was credited with creating a “kill switch” for WannaCry, was arrested in 2017 in Las Vegas after attending DEF CON. He has remained in the US on bail ever since.

Back in April, he pleaded guilty to two charges of making malware, admitting to building two programs named Kronos and UPAS Kit.

US district judge Joseph Peter Stadtmueller said that the malware Hutchins helped stop was much more damaging than the two programs he created, and sentenced him to time served with a year of supervised release.

After his sentencing Hutchins tweeted a message of thanks

Sentenced to time served! Incredibly thankful for the understanding and leniency of the judge, the wonderful character letter you all sent, and everyone who helped me through the past two years, both financially and emotionally.

Hutchins had faced a maximum sentence of 10 years in prison. He is now free to return to the UK.

Note: The previous version of this article was removed. It was the opinion of one person and doesn’t reflect the usual style of Naked Security and Sophos.