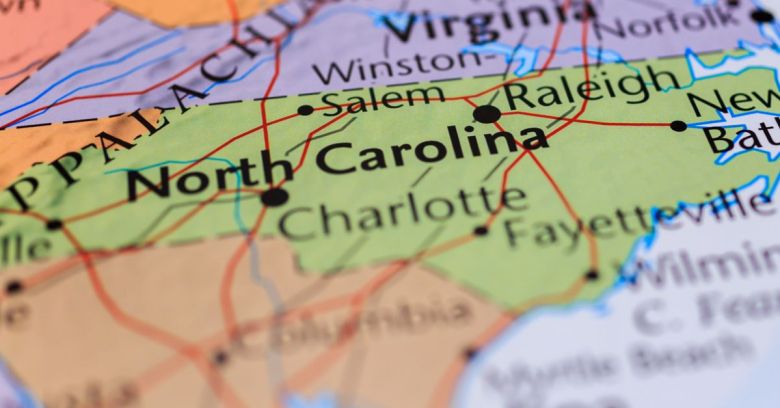 The North Carolina county of Cabarrus, in the US, says that it’s managed to claw back only some of the $2,504,601 it paid to a scammer posing as a contractor working on building a new high school.

The crooks used social engineering – specifically, what’s known as a Business Email Compromise (BEC) scam – to pose as Branch and Associates, which is a general contractor that’s working on building a new school for the Cabarrus County Schools District.

The scam came to light after Branch and Associates sent a courtesy notice about a missed payment on 8 January. County staff confirmed that the electronic funds transfer (EFT) had, in fact, cleared the month before.

The scam is still under investigation by the Cabarrus County Sheriff’s Office and the FBI.

What the investigation has revealed so far: In a series of emails that began on 27 November 2018, the imposters posed as representatives of Branch and Associates in order to spear-phish employees of Cabarrus County Schools and Cabarrus County Government.

Using what looked like valid documentation and signed approvals, they sent a request to “update” Branch and Associates’ banking information. Requests to update bank account information are “routine,” the county noted in its statement about the crime, so that wouldn’t have been enough to raise any red flags.

Next, the crooks waited for the county to transfer its next vendor payment. Once the money was deposited into an account that the swindlers controlled, the funds were then funneled into a number of other accounts.

Ransomware might be racking up the headlines, but in the meantime, BEC scams and the amount of profits they’re netting crooks are continuing to explode. In its 2018 Internet Crime Report, the FBI said that it received 20,373 BEC/email account compromise (EAC) complaints, reflecting losses of over $1.2 billion, last year.

As far as sophistication goes, these guys have it down to an art. In one whaling attack (one that’s targeted at the biggest fish in an organization, such as a CEO or CFO) against two tech companies a few years ago, the scammer came up with forged invoices, contracts, and letters that looked like they’d been executed and signed by executives and agents of two tech companies.

A twist that the FBI saw in 2018: the scammers are increasingly requesting that their victims purchase gift cards. The victims get a spoofed email, phone call or text, purportedly from somebody in authority, who asks that the victim buy multiple gift cards for either personal or business reasons.

Cabarrus County says it’s doing just that: it’s hired an accounts payable (AP) consultant and tasked her with redesigning its vendor processes and reviewing its vendor files. The county said that the consultant, Debra Richardson, is “one of the nation’s leading experts in reviewing and strengthening vendor setup and maintenance authentication techniques, internal controls and best practices to reduce the potential for fraud.”

Watch your Ps&Qs… and apostrophes.
As we saw in the case of crooks who nabbed the proceeds from that $150K home sale, the fraudster did what fraudsters often do: they made an (albeit tiny) punctuation/English usage mistake. Namely, they omitted a possessive apostrophe.

As Naked Security’s Paul Ducklin noted at the time in the comments section of that article, grammatical perfection on its own isn’t enough to give a message a clean bill of cybersecurity health, but any slip-ups in spelling or usage, or any unusual requests, are a good reason to look askance at an email.