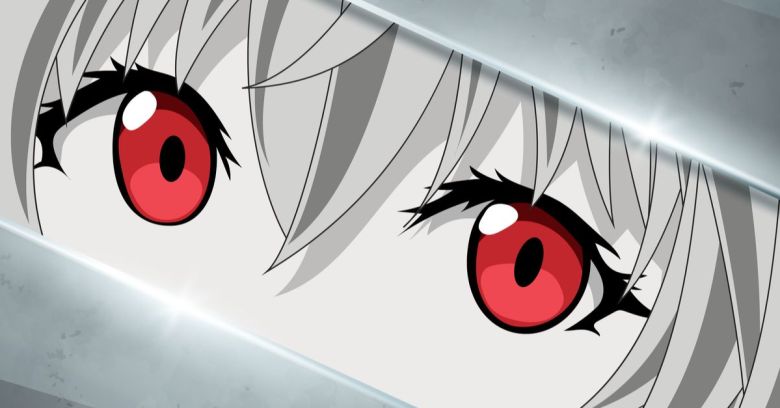 Before delving into the case of a Chinese vlogger whom the public was aghast to find out was older than her filters made her out to be, I should tell you that the photo on my bio for Naked Security isn’t real.*

This is how I look without filters.

Forgive the deception. It’s necessary for me to eat your species. I mean mate with. I mean, hey, look over there, is that a blimp?

As the BBC tells it, The vlogger in question calls herself “Your Highness Qiao Biluo”. The porcelain-skinned cutie-pie was quite popular before the porcelain cracked during an interview she was doing with another vlogger, the jaw-droppingly cute presumably-without-filters Qingzi, on the Chinese video-game live-streaming DouYu platform, which is similar to Twitch.

Qiao Biluo had nearly 130,000 followers on DouYu before a computer glitch removed the filter she was using to make herself look like an anime doll (and thus imminently worthy of cash donations).

You can see for yourself how Your Highness Qiao Biluo’s filters failed during the chat, since it was captured on YouTube. She’s the woman on the right.

According to the BBC, the live-streaming platform Lychee News reported that the filter failure happened on 25 July, during the joint live-stream.

According to Global News, up until the filter fail, the vlogger had covered her face with an anime sticker. The BBC has a picture of Qiao Biluo using a filter in previous videos to make herself look younger:

Prior to the accidental reveal, fans had been sending in donations, even without seeing her face, but had also been begging Qiao Biluo to remove her filter so they could see the real McCoy.

She had demurred, saying that she would only do so if her fans sent more money:

Then, the filter sputtered out. The interview continued, and the vlogger didn’t notice until followers began exiting a paid VIP room… in droves.

According to the BBC, many of Qiao Biluo’s original followers, particularly men, not only stopped following her; they also withdrew their transactions after hearing her confess that she was really a 58-year-old woman with one child.

She’s since suspended her platform.

AsiaOne shows some photos of the vlogger with and without the filter, along with translations of comments from some people who seem to believe that they’re entitled to purchase a pretty face and don’t appreciate being revealed as gullible yobs who believe that what they see online is “real.”

It’s just indirectly cheating, and she did it so nonchalantly.

Is it fraud? It certainly seems to fit the definition from Merriam Webster:

A person who is not what he or she pretends to be.

Except, well, there’s this: what, exactly, was she pretending to be? An anime figure? I didn’t believe she was a living anime figure and don’t think most people would. She said she was attractive. I find her chutzpah pretty attractive, so let’s just say that no, she wasn’t a fraud. She was, rather, a very savvy business woman milking hormones for all they’re worth.

She’s got haters, but she’s also picked up a load of new fans, who herald her as the “world’s best granny” and praised her sweet vlogger voice.

Her follower total has risen to over 400,000. As of Tuesday, she was the most-searched streamer on DouYu, AsiaOne reports.

On the internet, no one can tell you’re a… savvy woman?

A few benedictions: For those who feel betrayed by being “fooled,” may you be comforted by considering your donation to Qiao Biluo to be a price well paid for the lesson of things not always being as they seem online. Spread that lesson far and wide in your online travels, be it eyeballing phishing emails or hot honeys who’ve mysteriously fallen in love with you. Ask questions about things that seem too good to be true, lest you wind up snookered by scammers, including in the romance department.

Being found out to be gullible can be embarrassing. There are far worse things than embarrassment, though. Romance scams put hefty price tags on that lesson, as many have discovered: one example is that of the 65-year-old woman who allegedly plotted to kill her own mother in order to get more money to send to the conman posing as her beau.

And another benediction for Your Highness Qiao Biluo: may you rise again, and may you find your sweet voice once more. You surely know by now that you are of value to many people, far beyond any fake porcelain doll’s face.