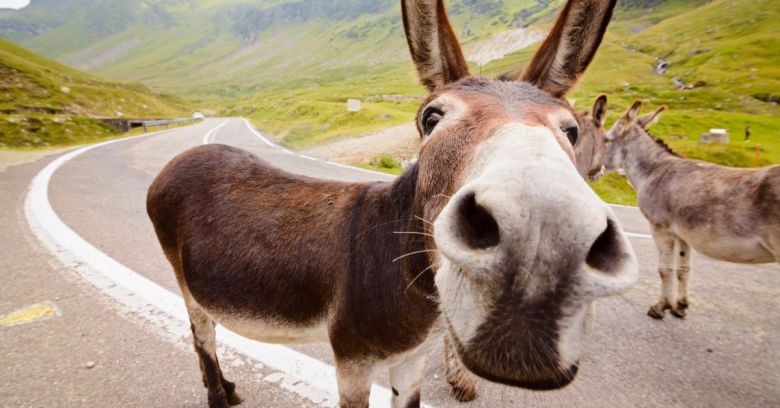 There are a lot of boxes to tick off to let a dating site know who you want to get cozy with.

And now, a rising trend: there are more and more suitors looking to tick off a box that would read “mule” if it were that easy to find lovelorn patsies to launder money or run drugs for them. And by “suitors,” I mean romance-scamming crooks, of course.

The FBI’s online crime division – the Internet Crime Complaint Center (IC3) – on Monday issued a warning about the rising number of faux lover-boys and -girls who are turning to online dating sites to run what are known as romance or confidence frauds.

Last year, we saw a romance scam victim who not only sent money to the conman posing as her beau; she also allegedly plotted to kill her own mother for cash to send to him/them/whoever was conning her.

There are scads of similar stories. An example of the rising trend of recruiting mules from dating sites is that of a woman who met somebody on a dating site who convinced her that he was a civil engineer. He promised her a job working at his side. He’d secured a very lucrative contract for a job, he said, but he needed somebody trustworthy to bring it to fruition. Would the love of his life be up for traveling to South America to pick up the contract and carry it to him in London?

She Googled the company, and it checked out. Her “boyfriend” said the company would pay for her airfare. He didn’t ask her for money, so there was no reason for a red flag to go up about being financially gouged.

But when she got there, there was no contract. There was, instead, a suitcase containing what she thought was a thick contract with lots of trade secrets in it. The suitcase was delivered to her hotel. It actually contained three bags of cocaine sewn into the lining. Customs agents found the drugs at the airport, and she wound up spending the next 2.5 years in prison.

The poor woman’s story fits what the FBI is seeing more of: an actor spends a few months building a relationship with a victim, then asks for money or electronics … or to open a bank account under the guise of sending or receiving funds, in the case of recruiting unsuspecting mules.

In other words, the conmen are grooming victims on dating sites or other online venues, working on developing a trust relationship so they can convince their marks to conduct fraudulent activity on their behalf. Then, the accounts are used to launder money from criminal enterprises, whether it’s from stolen credit cards or a large assortment of other crimes. If the financial institution flags the account, it may be closed, in which case the conman either tells the victim to open a new account or turns to the next victim to groom.

Another scenario in recruiting mules: the conman claims to be a European citizen or an American living abroad. After a few months of grooming, they’ll tell the victim about a lucrative business opportunity – like that once-in-a-lifetime contract that turned into a suitcase full of cocaine, for example.

There are investors waving money around, eager to fund the project, but they need a US bank account to receive funds, the story goes. Could the victim please open a bank account or register a limited liability company in their own name? … and then receive and send money from that account to other accounts controlled by the supposed sweetheart?

It’s not a good way to meet a lover, unless your taste runs to fellow inmates.

Protect yourself: Search that sucker’s mug

The FBI has some helpful tips to save yourself from being swindled and/or turned into a mule. One such: most crooks don’t use their own photographs online, instead stealing an image from a social media account and passing it off as their own.

You can sometimes ferret out those hoodwinks by doing a reverse image search. That will show if the photo is being used somewhere else on the internet, and on which websites. Sometimes, you’ll also find pages that have reported scams or victims associated with that image.

How to do a reverse image search on a profile photo:

What to do if you already got snookered?

If your internet honey makes off with your money, don’t delay in reporting the crime: that will just give the crooks more time to get at your money and less time for banks to freeze the transfers. The FBI recommends taking these steps immediately:

2 comments on “Scammers recruiting money mules on dating sites is on the rise, says FBI”