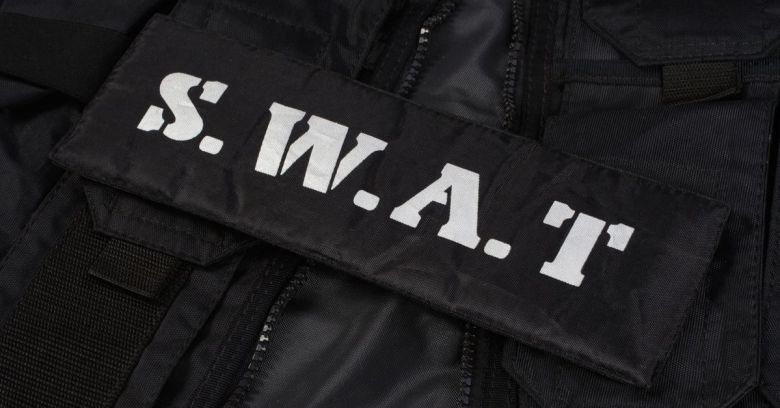 He was live streaming on Twitch.TV, which means that the video recording captured the arrival of the police. Yet again – this isn’t the first time live streamers have had their game play interrupted by police banging at the door – the recording was interrupted by Giersdorf’s father telling him that there were armed police at the door.

“Did he just leave?” one of the players asked, incredulous, as the sound of the game’s gunfire continued and Bugha’s character slumped to the ground.

Yes, he did leave, because there were guns IRL.

After about 10 minutes, Bugha returned, telling his buddies that he’d been swatted. “That was definitely a new one,” he said.

They come in with guns, bro. They literally pulled up, holy sh*t.

He was lucky, Bugha said: it all ended quickly and peacefully, likely due at least in part to the fact that one of the officers was a neighbor:

I was lucky because the one officer, yeah, he lives in our neighborhood.

The situation was far more harrowing for Joshua Peters, a gamer who got swatted while live streaming RuneScape in 2015. His Twitch.TV video showed him just moments after armed police stormed his house, pointed their guns at his 10-year-old brother who answered the door, and forced the gamer himself to lie face down on the floor in yet another swatting incident in the gamer community.

Convicted SWATters such as Tyler Barriss will tell you that their intention isn’t to have anybody shot or killed. It is, rather, to shock or cause alarm. It doesn’t matter what Barriss’s “intention” was – it won’t buy back the life of 28-year-old Andrew Finch, whom police shot to death in December 2017 when responding to Barriss’s hoax call.

In March 2019, Barriss was sentenced to 20 years in prison for making the hoax call that cost Mr. Finch his life.

Fortunately, no deaths resulted from the SWATting call that looked to victimize Bugha and whatever family or friends were in his home at the time. Thankfully, police kept cool and asked questions before things escalated and resulted in injury and/or death.

It’s to law enforcement’s immense credit when they can thwart these juvenile efforts to shock, which are made without concern as to whether the calls will get anybody killed. Kudos to police who are well aware that there are those who will put innocents’ lives on the line just for the lulz. Here’s to staying calm instead of allowing yourself to be used as the pistol in these games of Russian roulette.