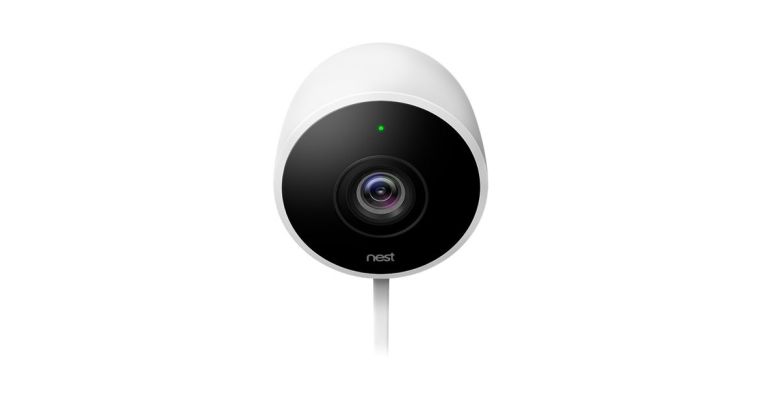 No more stashing your Nest security cameras in the bushes to catch burglars unaware: Google informed users on Wednesday that it’s removing the option to turn off the status light that indicates when your Nest camera is recording.

You can still dim the light that shows when Google’s Nest, Dropcam, and Nest Hello cameras are on and sending video and audio to Nest, Google said, but you can’t make it go away on new cameras. If the camera is on, it’s going to tell people that it’s on – with its green status light in Nest and Nest Home and the blue status light in Dropcam – in furtherance of Google’s newest commitment to privacy.

Google introduced its new privacy commitment at its I/O 2019 developers conference in May, in order to explain how its connected home devices and services work.

The setting that enabled users to turn off the status light is being removed on all new cameras. When the cameras’ live video is streamed from the Nest app, the status light will blink. The update will be done over-the-air for all Nest cams: Google’s update notice said that the company was rolling out the changes as of Wednesday, 14 August 2019.

The change is a plus for the privacy-aware: say, people who are wary of their Airbnb hosts secretly filming them in the shower or bedroom.

On the other end of the spectrum, it’s an outrage to some users who say they’ve spent big bucks on cameras that can stay hidden. One comment on Google’s update notice called it “an absurd update and an invasion of my rights as a consumer” – more of a “post-purchase middle finger” to customers than a privacy plus. More from that incensed user:

Privacy laws do not exist on private property such as my home, where I get to dictate which light remains on. We have spent thousands on 8+ cameras, Nest Guard and Nest Sense products, and spend $40/month on Nest Aware. For me – as a consumer – to have my rights violated without an option to keep the status lights off is a major move backwards.

The whole point of exterior cameras is to remain hidden and out of sight of potential burglars. But yes, let’s forcibly keep the light on so that everyone can see and avoid being recorded. God forbid that some criminal’s privacy rights are violated.

That comment above was upvoted by 129 others. One of the replies suggested that the user would be turning to another technology that we often reference when talking about webcams that can be hijacked; one that Facebook kingpin Mark Zuckerberg himself has seen fit to deploy, though in this case, the technology will be applied to the status light and not the lens.

Now I have to cover it with a piece of electrical tape.