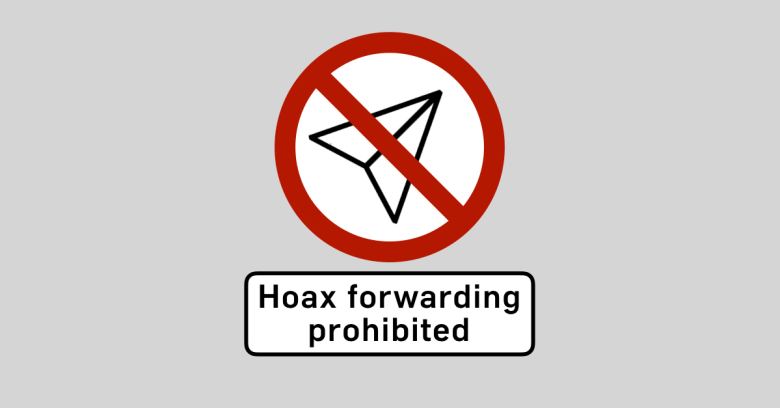 Who are you going to believe: screen sweetheart Julia Roberts or Instagram chief Adam Mosseri himself?

Roberts and a host of other celebrities have unfortunately fallen for an Instagram version of the Facebook chain letter hoax. After making the rounds on Facebook, it spread to Instagram, bleating all the way with its legalistic, poorly written and puzzlyingly punctuated load of horsefeathers about a purported privacy policy change taking place “tomorrow!”

The hoax would have us all believe that Instagram is planning to tweak its privacy policy to let old messages and private photos be used in court cases against its users.

It’s not. Mosseri took to his verified Instagram Story feed to confirm that it’s a load of bunk:

If you’re seeing a meme claiming that Instagram is changing its rules tomorrow, it’s not true.

The meme reportedly jumped from Facebook to Instagram, appearing as a text blob that went viral on Tuesday.

This hoax is as old as Rip Van Winkle but lacks the graciousness to shut up and take a 20-year nap.

We’ve written about variations on that Facebook version multiple times – back when it breathed its first spammy breath in 2012, again in 2015, yet again in 2016, and—encore!—a few days ago.

Everything you’ve ever posted becomes public from today

… says some spam writer who’s allergic to periods. It goes on to mention the same cockeyed laws that the Facebook version cites, including the Uniform Commercial Code (UCC)—a “legal talisman” which, Snopes has pointed out, is a darling among conspiracy buffs who “incorrectly maintain that citing it above your signature on an instrument will confer upon you the ability to invoke extraordinary legal rights.”

The Instagram meme, like its Facebook daddy meme, also cites the Rome Statute. As far as I can tell, that’s a statute out of the International Criminal Court that has to do with genocide, crimes against humanity, war crimes, and the crime of aggression.

Pretty sober stuff to apply to a copyright issue, wouldn’t you say?

… own the intellectual property (IP) that is uploaded to the social network, but depending on their privacy and applications settings, users grant the social network ‘a non-exclusive, transferable, sub-licensable, royalty-free, worldwide license to use any IP content that you post on or in connection with Facebook (IP License).’

Let’s take a look at Instagram’s terms of use.

Don’t like it? Unfortunately, the chain letter is lying to you when it says that you can block use of your content by copying and pasting a statement giving notice to Instagram that it’s forbidden from disclosing, copying, distributing, or taking “any other action against me based on this profile and/or its contents.”

No, you cannot Ctrl-C, Ctrl-V your way into revoking the permission you’ve already granted Instagram to “use my pictures, information, messages or posts, both past and future.”

There is, of course, another way to do that: as the use of services policy states, you can end the content use license anytime. Just delete your content or your account. That won’t delete content you’ve shared with others, though; unless others delete your content, it’s still going to be out there.

We don’t want to shame the many celebs and non-celebs who shared this meme. We know you think you’re being helpful – but you’re not, because forwarding nonsense like this just gives it credibility it doesnt deserve.

Please, if you see this meme, or if you yourself have shared it, do everybody a favor and report it as spam. Don’t post it, and delete it if you already posted it. You’ll get extra bonus points from the internet at large if, the next time you see something like this, you first do a quick search to see if it’s already been debunked before you share it.