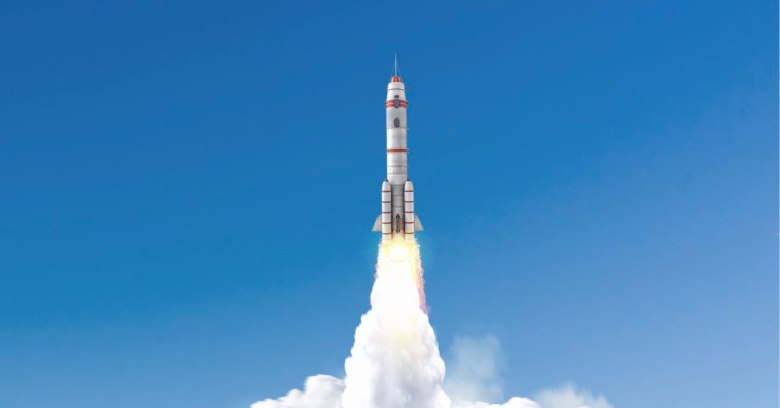 Are you one of the 20 million people out there who own a Raspberry Pi?

Actually, let’s be careful with our numbers here, and ask if you own one or more of the 20 million Raspberry Pis out there. (Many people own more than one – they can be habit-forming.)

Ever wondered what sort of project to attempt with your Pi?

Here’s one example: we used our Pi Zero as a monitoring system for some light-hearted research into cryptojacking.

We set up a power-logging network where you could browse to various websites, and track live on a big screen the power consumption, fan speed and CPU temperature of your laptop when you hit a website that had cryptomining JavaScript on it. If you’ve ever wondered why browser-based cryptomining has mostly died out after arriving in a blaze of publicity, it might help to know that in a live demo in the Netherlands, we found that, at the cheapest Dutch electricity tariff we could find, we could potentially earn as much EUR2.70 a year for a low, low, low annual running cost of just EUR84. We didn’t need a Raspberry Pi to work that out, but we used one anyway.

Plan. Send a regular Raspberry Pi Zero into orbit, and made a video of Planet Earth with it.

We’re not sure, but at the right hand side of the image, we can see what looks a bit like the proverbial ‘piece of string’ that every good project needs.

I am delighted with the success of our new Core-DHS based avionics which, will give our customers the benefits of our heritage avionics stack but in a lower form factor to deliver improved power consumption and lower launch costs. The success of the Raspberry Pi camera experiment is an added bonus which we can now evaluate for future missions…

As for the technical modifications that were needed, Engineering Director, Rob Goddard, put things less formally for the BBC:

We put it in a metal box.

That may sound like carelessly casual talk, but it isn’t.

In the mid-1970s space was considered to be such a different environment to Earth that anything sent into the atmosphere needed to be specially designed and tested for the harsh conditions of space. Naturally, this made building satellites incredibly expensive and time-intensive.

In the late 1970s, a group of aerospace researchers working at the University of Surrey, including a young Martin Sweeting [now Sir Martin], decided to experiment by creating a satellite using commercial off-the-shelf (COTS) components. The idea was bold and audacious and the results were surprising.

To show how far off-the-shelf, you-and-I-can-buy-one-too technology has come in the past 40 years, SSTL published an image taken over the Mediterranean in 1981 on the company’s first mission, with a 2019 picture from the latest mission alongside it. 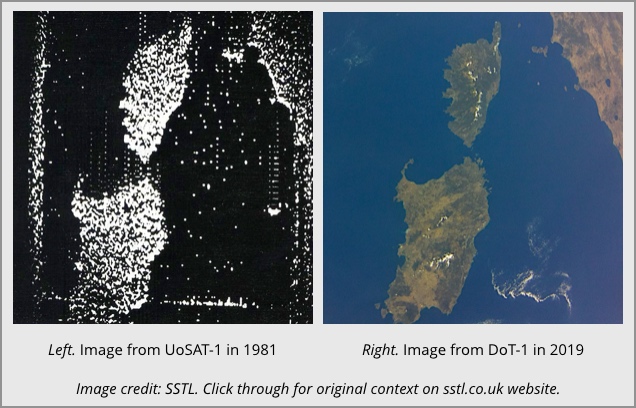 To be honest, we’re still pretty impressed with the pixellated bi-level image beamed back from space in the early 1980s, let alone with this year’s one.

But we’re not surprised that the Pi Zero was up to it.

The only question is, “What project to attempt with it next?”

Leave your ideas below! (Seriously. Our own Pi Zero is ready for its next deployment.)

19 comments on “Raspberry Pi blasted into space, sends back video of Earth”