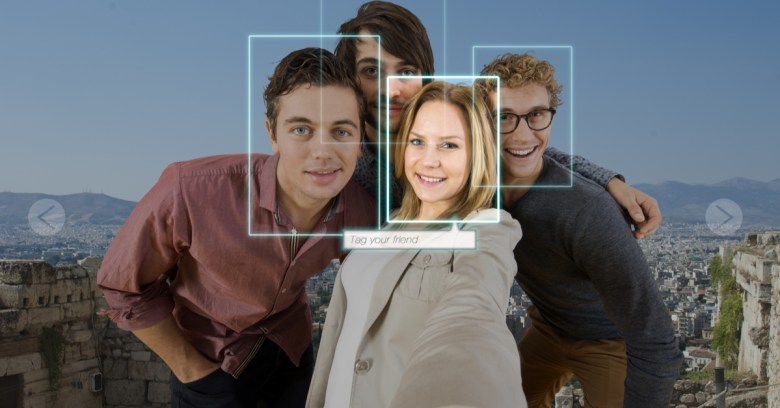 On Tuesday, Facebook said that it’s dumping “tag suggestions” – the technology it’s used since 2015 to automatically recognize people’s faces and suggest to their friends that they tag them.

For most users this used to be all that Facebook’s facial recognition technology was used for. But it’s replaced one-trick-pony tag suggestions with the multi-purpose “face recognition” setting. It’s available to all users, along with an option to opt out.

Facebook introduced facial recognition in December 2017. The feature spots users when their likeness crops up in photos, even when they haven’t been tagged. It also spots if someone uses your picture as their profile photo. At the time it rolled out the feature, Facebook described it as a way to manage your appearance in tag suggestions, and to keep us safe from things like identity thieves.

Starting today, people who newly join Facebook or who previously had the tag suggestions setting will have the face recognition setting and will receive information about how it works.

The tag suggestions setting, which only controls whether we can suggest that your friends tag you in photos or videos using face recognition will no longer be available.

If you turn off face recognition, Facebook (according to the information found in Settings)…

After backlash from Canadian and EU citizens and regulators, Facebook in 2012 turned off its first incarnation of the tag suggestion feature in Europe and deleted the user-identifying data it already held.

It’s taken the US a while to catch up with the EU on privacy matters. A class-action lawsuit against Facebook for its alleged violation of users’ privacy rights vis-a-vis facial recognition has been churning through the courts since 2015, and it’s not done churning yet.

The class-action lawsuit claims that Facebook violated its users’ privacy rights in acquiring what it describes as the largest privately held database of facial recognition data in the world.

Tag suggestions, which used face recognition only to suggest to users that they tag friends in photos, is at the center of that lawsuit.

The suit claims that Facebook violated Illinois privacy laws by “secretly” amassing users’ biometric data without getting consent from the plaintiffs, collecting it and squirreling it away in its “world’s biggest” facial recognition database.

The Illinois law in question – the Illinois Biometric Information Privacy Act (BIPA) – is the broadest of its kind in the US. It bans collecting and storing biometric data without explicit consent, including “faceprints.”

The 2015 lawsuit – which got yet another go-ahead last month from the courts, in spite of Facebook fighting it tooth and nail – is one of the first tests of the powerful biometrics privacy law. (For what it’s worth, another test of BIPA is a class action suit, proposed in September 2018, brought against the US fast-food chain Wendy’s over its use of biometric clocks that scan employees’ fingerprints to track them at work.)

Facebook’s facial recognition technology also got put through the wringer during the Federal Trade Commission’s (FTC’s) investigation into the company’s privacy practices – an investigation that led to the $5 billion wrist slap that the FTC gave Facebook in July 2019.

According to the FTC’s complaint, Facebook “misrepresented the extent to which users could control the privacy of their data related to a form of technology that raises particular concerns for many consumers: facial recognition.”

In an April 2018 update to its Data Policy, Facebook represented to consumers, ‘Face recognition: If you have it turned on, we use face recognition technology to recognize you in photos, videos and camera experiences.’ The complaint alleges that this statement was deceptive to tens of millions of users who have Facebook’s facial recognition setting, ‘Tag Suggestions,’ because that setting was turned on by default and the updated Data Policy suggested that users would need to opt-in to having facial recognition enabled for their accounts.

The FTC’s order requires Facebook to give clear notice of how it uses facial recognition data and requires that it get consumers’ express consent before “putting that data to a materially different use.”

In sum, goodbye, tag suggestions, o ye feature that’s been at the center of both litigation and regulation. Hello, face recognition, and may you deliver an actual, bona fide opt-in choice for using our faceprints.

In Facebook, go to Settings & Privacy > Settings > Under ‘Privacy’ tap Face recognition and select Yes or No next to the prompt ‘Do you want Facebook to be able to recognise you in photos and videos?