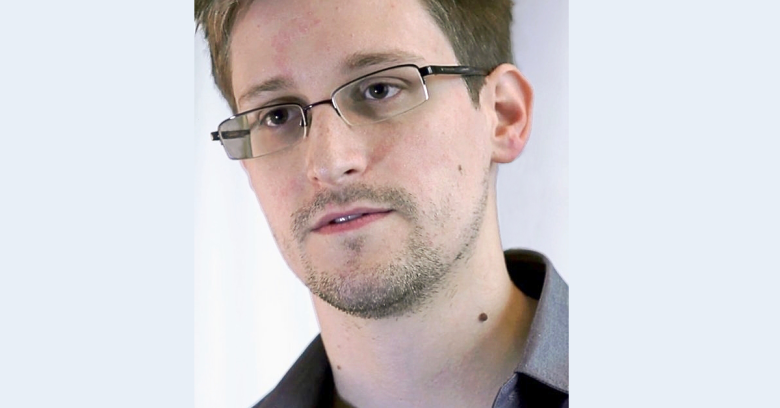 The US has filed suit against government surveillance secret leaker Edward Snowden for publishing a book – Permanent Record – in violation of the non-disclosure agreements (NDAs) he signed with both the Central Intelligence Agency (CIA) and the National Security Agency (NSA).

The NSA is, of course, where Snowden was working as a CIA employee and subcontractor when he leaked secret documents exposing covert NSA surveillance programs.

The government isn’t looking to stop or restrict the publication or distribution of the book, which was released worldwide on Tuesday – the same date that the lawsuit was filed. Rather, it wants to seize any money Snowden makes from book sales.

The government of the United States has just announced a lawsuit over my memoir, which was just released today worldwide. This is the book the government does not want you to read: (link corrected) https://t.co/JS1AJ6QlXg

The complaint alleges that Snowden published his book without submitting it to the CIA and NSA for pre-publication review, in violation of his express obligations under the agreements he signed when he went to work for the agencies.

The suit also alleges that Snowden has given public speeches on intelligence-related matters, also in violation of his NDAs.

The suit names the publishers, Macmillan Publishers Inc., Macmillan Publishing Group LLC (doing business as Henry Holt and Company), and Holtzbrinck Publishers LLC. In its press release, the US Attorney’s Office for the Eastern District of Virginia said that it’s suing the publishers just to make sure that they don’t pay anything to Snowden while the court resolves the US’s claims.

Snowden has been living in Russia since 2013: the country granted him asylum soon after he shared thousands of classified NSA documents with journalists Glenn Greenwald, Laura Poitras, and Ewen MacAskill.

G. Zachary Terwilliger, US Attorney for the Eastern District of Virginia:

Intelligence information should protect our nation, not provide personal profit. This lawsuit will ensure that Edward Snowden receives no monetary benefits from breaching the trust placed in him.

Edward Snowden has violated an obligation he undertook to the United States when he signed agreements as part of his employment by the CIA and as an NSA contractor.

The United States’ ability to protect sensitive national security information depends on employees’ and contractors’ compliance with their non-disclosure agreements, including their pre-publication review obligations. This lawsuit demonstrates that the Department of Justice does not tolerate these breaches of the public’s trust. We will not permit individuals to enrich themselves, at the expense of the United States, without complying with their pre-publication review obligations.

The DOJ says that this lawsuit is separate from the criminal charges brought against Snowden for his alleged disclosures of classified information. On Snowden’s 30th birthday, on 21 June, 2013, the DOJ unsealed charges against Snowden of two counts of violating the Espionage Act of 1917 and theft of government property. The Department of State subsequently revoked Snowden’s passport.

The DOJ says that this time, the lawsuit is a civil action, “based solely on Snowden’s failure to comply with the clear pre-publication review obligations included in his signed non-disclosure agreements.”

In a series of tweets, Snowden said that within hours of the lawsuit being filed, his book became the No. 1 best-selling book in the world. As of Wednesday, it was Amazon’s #1 Best Seller.

Hours after the United States government filed a lawsuit seeking to punish the publication of my new memoir, #PermanentRecord, the very book the government does not want you to read just became the #1 best-selling book in the world. It is available wherever fine books are sold.