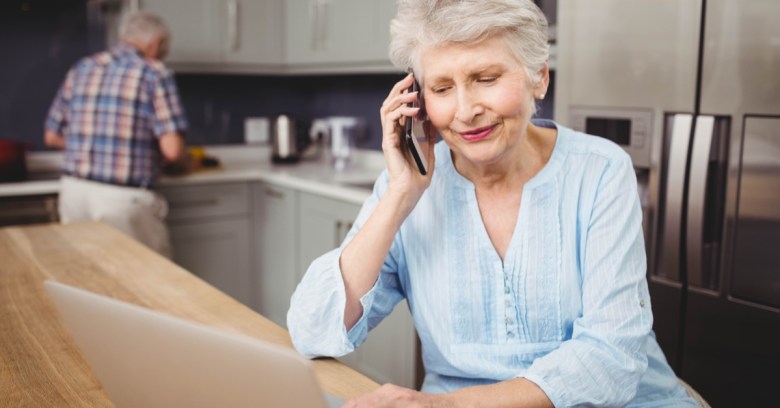 Two US people have been charged with the alleged tech-support scumbaggery of spooking old people by shoving scary “Your computer has a virus, call us!!!!” pop-ups in their faces and then fleecing them for services they didn’t need and never got.

The band of crooks did this to about 7,500 victims, most of them elderly, shaking them down for more than $10 million.

The US Attorney’s Office for the Southern District of New York announced the arrests last week, on Wednesday, 18 September.

On that day, police arrested Romana Leyva, 35, of Las Vegas, and Ariful Haque, 33, of Bellerose, New York. They’re both being charged with one count of wire fraud and one count of conspiracy to commit wire fraud. Each charge carries a maximum sentence of 20 years in prison, though maximum sentences are rarely handed out.

Targeting the elderly in US and Canada

According to the indictment, from March 2015 through December 2018, the two were allegedly members of a fraud gang based in the US and India that targeted the elderly across the US and Canada. The goal: to snooker seniors into believing that their computers were riddled with malware so that they’d pony up hundreds or thousands of dollars for bogus computer repair services.

They’d cause pop-up windows to appear on victims’ computers that lied about their systems being infected with a virus. Better call this number, the pop-ups urged, to get some tech support to help you out. Sometimes, those pop-ups scared victims with dire prognostications: don’t restart or shut down your computer, they’d warn, lest it “cause serious damage to the system,” including “complete data loss”!

Sometimes, the crooks gussied up those pop-ups with official corporate logos – which, of course, they ripped off and which they had no lawful right to plaster on top of their bucket of lies – from what the indictment referred to as a “well-known, legitimate technology company.”

The Department of Justice (DOJ) didn’t name names, but we know full well how much work Microsoft, for one, has put into battling these logo-absconding name ripper-offers.

Of course, those weren’t really viruses on their victims’ computers, and the phone numbers they got people to call to “fix” their non-existent problems weren’t really associated with the bona fide companies with which they claimed affiliation.

In exchange for victims’ payments of several hundreds or thousands of dollars (depending on the precise “service” victims purchased), the purported technician remotely accessed the victim’s computer and ran an anti-virus tool that can be found for free on the internet. The e-swindlers also re-targeted some victims multiple times.

Leyva’s alleged part in the scam:

Haque’s alleged part in the scam was to register a bogus corporate entity that was used to receive victims’ payments. Haque also allegedly trained a co-conspirator who registered a different bogus business that was part of the fraud ring, and who deposited ill-gotten loot into accounts associated with that entity.

Peter C. Fitzhugh, special agent in charge with the US Immigration and Customs Enforcement’s (ICE’s) Homeland Security Investigations (HSI), said that the law is out to protect the elderly from this type of predator:

It is our duty as citizens to protect our growing elderly population and it is our duty as law enforcement to investigate and arrest those, like Leyva and Haque, who seek to make a profit through fraud and deception.

Tips like these are great for those of us who can absorb them. But the elderly, all too often, don’t have that capacity.

Please do keep an eye out for any friends, neighbors and loved ones who might fall into that category. Keep an ear out for those who get flustered with technology and bewildered by pop-ups. Let’s do what we can to protect others from these swindlers and their tech-speak razzamatazz, lest they squeeze elders for every dime they have.