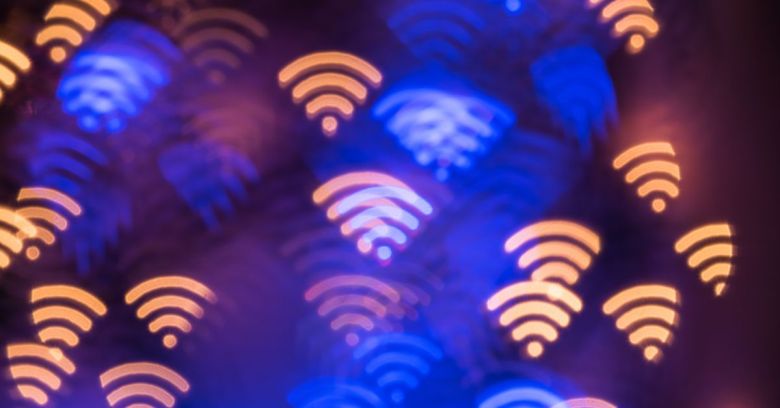 Yasamin Mostofi asks us to imagine this scenario: police have video footage of a robbery. They suspect that one of the robbers is hiding in a house nearby.

Can a pair of off-the-shelf Wi-Fi transceivers, located outside the house, look through the walls to see who’s inside?

That’s easy to answer, since we’ve seen it done before.

In 2015, MIT researchers created a device that can discern where you are and who you are, detecting gestures and body movements as subtle as the rise and fall of a person’s chest, from the other side of a house, through a wall, even though subjects were invisible to the naked eye, by using the human body’s reflections of wireless transmissions.

Then, 11 months ago, a team of researchers at University of California Santa Barbara demonstrated using a streamlined set of technologies – just a smartphone and some clever computation – how to see through walls and successfully track people in 11 real-world locations, with high accuracy.

But here’s a new question: Can Wi-Fi signals be used to identify the person in the house? Can off-the-shelf hardware determine if whoever’s in the house is one of the people in the video surveillance footage police are scrutinizing?

Yes. UC Santa Barbara researchers are back again to show that they’ve built on their previous work: It can be done by analyzing people’s walking gaits and comparing them to the gait of whoever’s in the CCTV footage.

Mostofi, a professor of electrical and computer engineering at UC Santa Barbara, is the research lead behind XModal-ID: a proposed approach to using Wi-Fi signals to identify people from their walking gait.

The methodology and experimental results from Mostofi’s team, which will be presented at the 25th International Conference on Mobile Computing and Networking (MobiCom) on 22 October, show that Wi-Fi signals can be used to detect the gait of people through walls and to then match it to previously captured video footage in order to identify individuals.

As she describes in a YouTube video, XModal-ID uses only the power of a pair of Wi-Fi transceivers located outside a building.

It needs neither prior Wi-Fi or video training data of the person under surveillance, nor any knowledge of the area in which it’s going to be set up.

To identify individuals’ unique gaits, the researchers had to translate video into the wireless domain. To do so, they used what’s called human 3D mesh extraction. That’s an algorithm that extracts a 3D mesh that describes the outer surface of the human body as a function of time. Then, they added electromagnetic wave approximation to simulate the RF signal that would have been generated if the person was walking in a Wi-Fi area.

Next, they used a time-frequency processing pipeline to extract key gait features from both the “real” WiFi signal – i.e., the one that was measured behind the wall – and the video-based one. They compared the two spectrograms, which carry the person’s gait information, extracting a set of 12 key features from both spectrograms, and calculated the distance between the corresponding feature to determine if they matched.

In experiments conducted on campus in three different areas, they hit accuracy rates of between 82% and 89%.

For more details, check out the team’s project summary page, or you can read their paper.

The team suggests that there are several potential applications for XModal-ID: