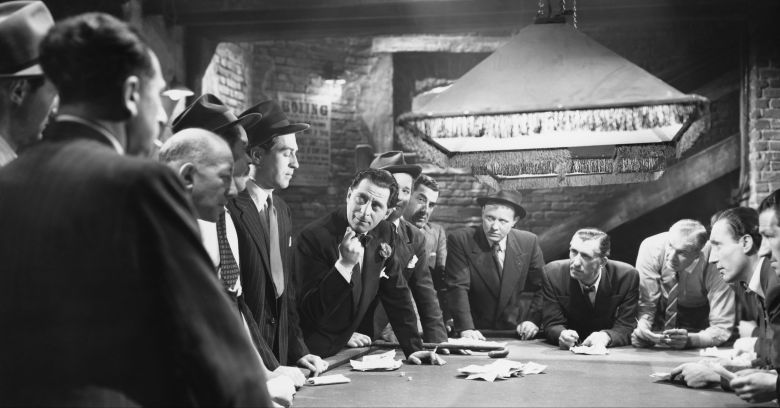 “I’m called a MANS MAN!!!” alleged mobster Joseph Amato threatened his now-ex-girlfriend in an email. He’s got many resources at his disposal, he said in another email:

This is my island. Not yours. I have the eyes all over

Fortunately for the woman he was allegedly threatening – that would be “Jane Doe” in the government’s detention memo – she too had the eyes. Hers were in the head. With them, she presumably spotted the GPS tracking device that Amato – an alleged captain with La Cosa Nostra (the Mafia) – allegedly stuck on her car to track her movements and to control her.

Prosecutors figure that Jane Doe, not wishing to be cyberstalked, removed the GPS and hid Amato’s “eyes all over” gadget on a bus. The tracker was eventually recovered while the bus was at a depot in Staten Island, a borough of New York.

And thus, with the finding of a GPS tracker allegedly placed by a jealous boyfriend, was triggered a multi-year investigation that led to 20 indictments last week. The US Attorney’s Office in the Eastern District of New York said on Thursday that the investigation began in November 2018 when the GPS tracking device was found concealed on an MTA bus.

Prosecutors allege that Amato cyberstalked Jane Doe for a several months between 2016 and 2017.

Such devices often need care and feeding: they aren’t always set it and forget it.

The stalker’s got to regularly and covertly retrieve the device, charge it, and then put it back into place on the car they’re stalking… However, if you imagine that somebody might be tracking you, do remember that passive trackers, which record and store location data for later retrieval, often have longer battery lives. Active GPS trackers transmit location data via a cellular network, so they tend to need more juice and may hence be hooked into the car’s power, according to GPS Tracking Review.

At any rate, according to the Justice Department (DOJ), Amato gave up on his alleged cyberstalking when he figured out that he wasn’t tracking his girlfriend all over Staten Island. Instead, he was tracking a bus. So he allegedly reported the device as being lost to the service provider who was administering the tracking service.

Undissuaded by his first tracker being discovered, in May 2017, Amato got a replacement and allegedly tried to put the second one on Jane Doe’s car so he could resume the alleged stalking. That didn’t turn out as planned, though: before he could place the second GPS tracker on her car, police executed a search warrant on Amato’s home and discovered that he’d purchased the second device.

The tale of the eagle-eyed, now-ex-girlfriend is only one to come out of the investigation into organized crime, which has resulted in 20 defendants being charged with crimes including racketeering, extortion, loansharking, threats of explicit violence, operation of an illegal gambling business, and attempted sports bribery. The DOJ says that 11 of the suspects are believed to be members and associates of the Colombo family, one of the dominant families within La Cosa Nostra.

Court filings read like a script for The Sopranos, except with real violence, real victims and real bloodshed. Allegations from the filings include one occasion when an individual confronted Amato’s son, Joseph Amato Jr., for disrespecting a woman in a bar. Amato Jr. told the individual to back off, threatening, “Do you know who my father is?”

The following day, the individual was lured to a location where Amato, Amato Jr. and other members of Amato’s crew allegedly beat the victim brutally, leaving him bloodied and in need of staples in his scalp.

The wiretaps also captured a scheme to fix a National Collegiate Athletic Association (NCAA) college basketball game. Defendant Benjamin Bifalco allegedly offered members of a college basketball team thousands of dollars each to intentionally lose the game. The team didn’t go for it – it didn’t cover the spread, and the bets that the alleged mobsters were urging each other to make wouldn’t have been winning ones, the court filings said. Thus did the government deem Amato Jr.’s “I’ve rethought the matter” text messages to Scorcia…

I’m not touching it personally

…to be “good advice,” according to court filings.

FBI Assistant Director-in-Charge William F. Sweeney, Jr. said in the DOJ’s release that they just don’t make mobsters like they used to. Or, at least, they’re not as cunning as Hollywood has made them out to be:

One of the stunning things revealed in this investigation, it seems members of the mafia families that were once almost romanticized by Hollywood and pop culture, have resorted to acting like playground bullies. As alleged, they are still up to their old extortion and bribery schemes, and terrorizing their victims, but they are also still getting caught.

…still getting caught by an FBI that isn’t even close to being tired of the chase, he said:

The FBI New York Joint Organized Crime Task Force wants to send a clear message to members of the families in our communities who continue to operate, we will do all we can to stop a true resurgence from ever happening.