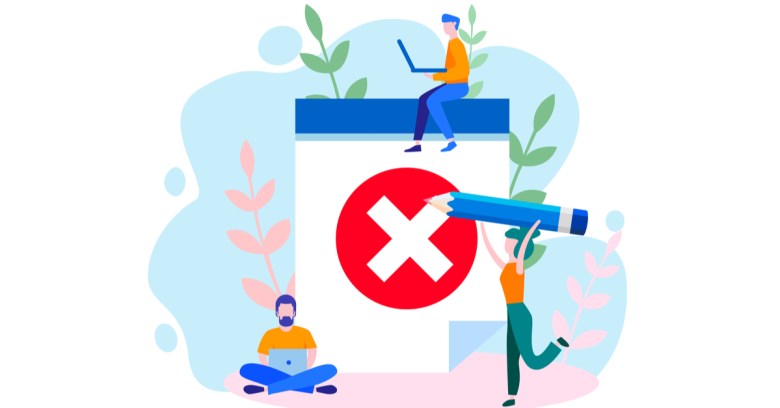 We’re thrilled to pass along the findings of a new report that says that job seekers are doing what we’ve been begging them (as well as those people who are just fine with their current jobs, thank you very much) to do for years: button down privacy on their social media accounts, and mop up the splatter tracks of their nonprofessional galivanting if they want to keep it from squashing their career opportunities.

After all, while we’re all for free speech, those rights don’t stop bosses from firing us if we publicly diss them or the company, and they don’t mean that recruiters are required to consider your candidacy if you do something like bad-mouth a previous employer on social media.

The finding comes from JDP, a candidate screening company in the US that surveyed 2,007 US participants about what they’re hiding from employers and how far they’ll go to keep it hidden.

According to its latest study, 43% of respondents enable privacy settings to keep material hidden from current employers and from whatever social media screenings future employers might run on them. In fact, one in four have every platform set to private. Forty percent of respondents say they’ve gone so far as to create alias accounts.

It’s not that they’re not posting career landmines: one in five admit to posting material that could jeopardize a current or future opportunity, JDP found.

Where employees are hiding their stuff the most 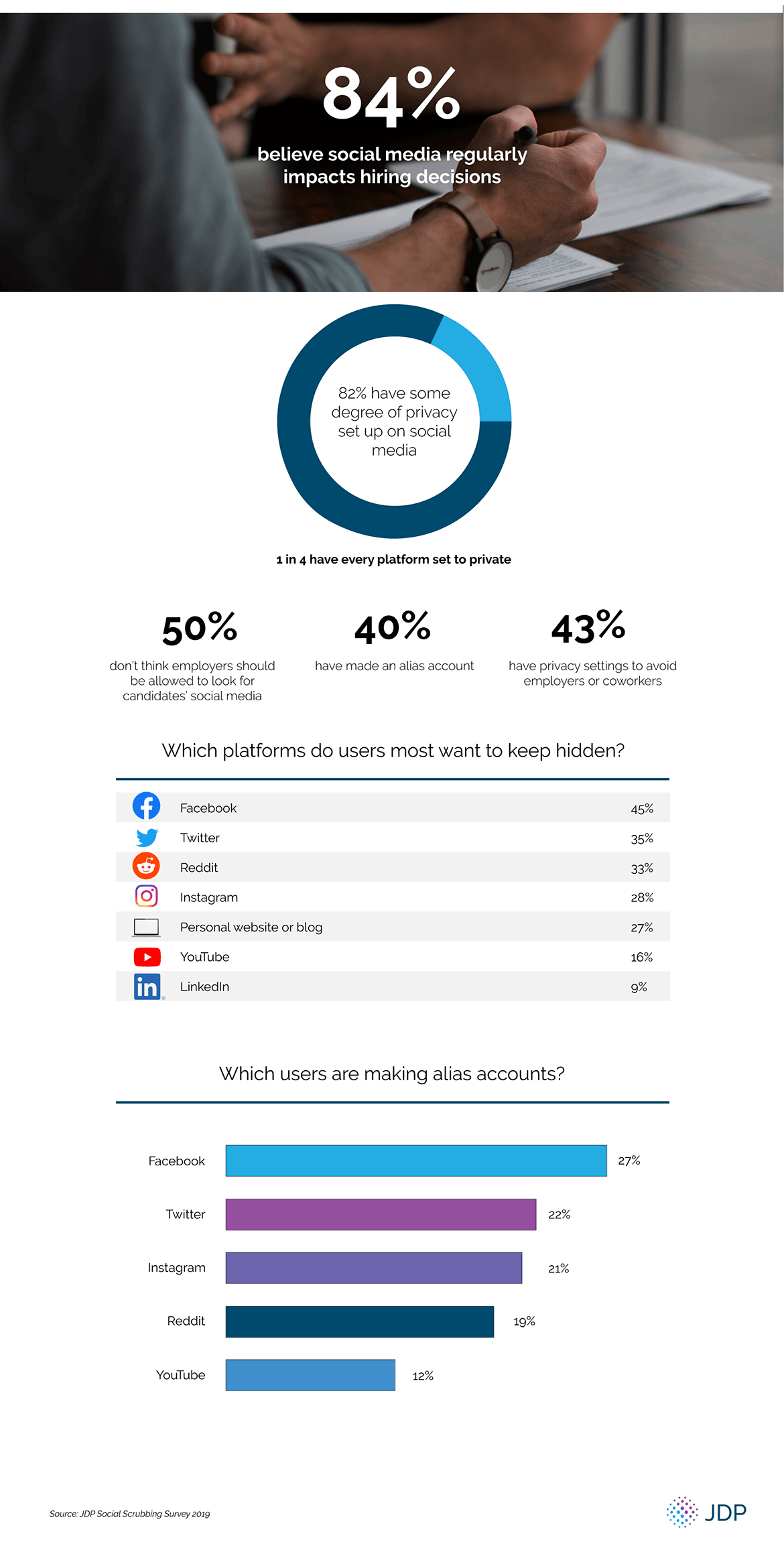 What employees consider none of your business

While unprofessional behavior mixed with public social media posts and a dash of “you’re fired!” leads to countless scintillating headlines, it’s actually not the top content type that employees strive to hide. Rather, it’s their personal lives, and the numbers break down like this:

That’s yet more excellent news. From an online security standpoint, keeping your personal life private on social media is a fine idea. After all, the more fraudsters know about us, the more convincing they can make their phishing attempts, or romance scams, or any other number of confidence scams.

One in three respondents say that they refuse to connect with coworkers on social media, even after accepting a job, JDP found.

Fifty percent said that they’ve scrubbed their posts to protect their professional reputation or removed old profiles. That’s a vast improvement over the 57% of college students who thought, at least back in 2013, that their Facebook posts weren’t vile at all.

Hopefully, people have gotten hip to the findings of a CareerBuilder survey of some 2,300 hiring managers, which found that those responsible for hiring were turned off by these categories of social media missteps:

Here are other good tips on what to avoid on social media when you’re looking for a new job.

The JDP study also found that when it comes to scrubbing their social media accounts, respondents are most likely to do so on Facebook: in fact, 66% said that that’s where they’re most likely to pull out the mop.

Finally, there’s the material that we don’t want to hide from recruiters or employers. Rather, we want to buff it to a sheen. Fittingly, JDP found that 25% of respondents actively present themselves to attract employers by liking, posting, or following industry-relevant material, and they’re most likely to do so on the professional network, LinkedIn. Here’s the breakdown on how likely we are to posture on other platforms: