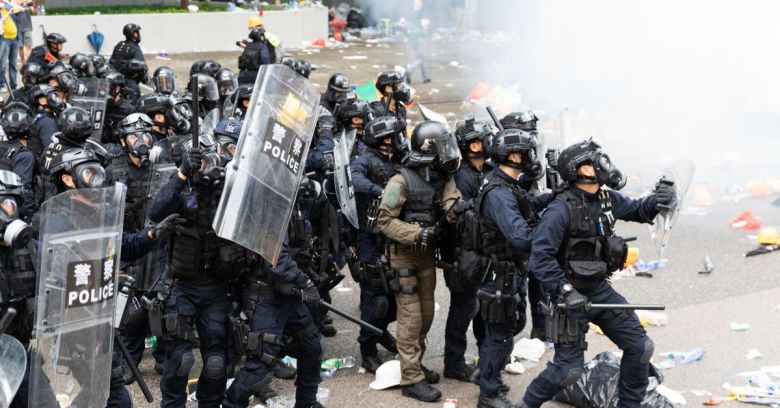 Apple was under fire this week after banning an app that tracked the location of both police and protesters in Hong Kong on a live map.

Apple had initially rejected the app, called HKMap.live, from inclusion in the app store on 2 October 2019, reportedly because it “facilitates, enables, and encourages an activity that is not legal,” enabling users to avoid law enforcement. It then reversed its decision on Friday 4 October, allowing the app into the Apple store after all.

Apple then backtracked on that decision soon after an article appeared in the State-run People’s Daily newspaper criticizing the company for helping rioters. It said:

The developers of the map app had ill intentions by providing a “navigation service” for the rioters. Apple’s approval for the app obviously helps rioters. What was its true intention?

The app displays police locations and we have verified with the Hong Kong Cybersecurity and Technology Crime Bureau that the app has been used to target and ambush police, threaten public safety, and criminals have used it to victimize residents in areas where they know there is no law enforcement. This app violates our guidelines and local laws.

The app’s developer was quick to respond, arguing:

In a string of tweets, the developer added that there “is 0 evidence” to support the Bureau’s claims.

Apple’s removal of the app highlights growing tensions between US businesses and the Chinese government, which has been battling ongoing protests in Hong Kong since March 2019. The protests began over a bill that would have allowed China to transfer people arrested in Hong Kong to the mainland. After the bill was cancelled, the protests expanded into a broader pro-democracy push that led to increasingly violent clashes between police and protesters.

The crisis seemed to grow yesterday when Quartz told journalists that Apple has removed its app from the Chinese app store after complaints from the Chinese government. The publication, which said that its website had also been blocked in China, added that Apple had told it the app “includes content that is illegal in China.”

Apple also now reportedly hides the Taiwanese flag emoji from iOS users in Hong Kong or Macau. The mainland People’s Republic of China (PRC) has a tense relationship with Taiwan, which considers itself part of an alternative Republic of China government.

Around 18% ($9.61bn) of Apple’s revenue came from China in its third quarter. The company didn’t respond to requests for comment yesterday.