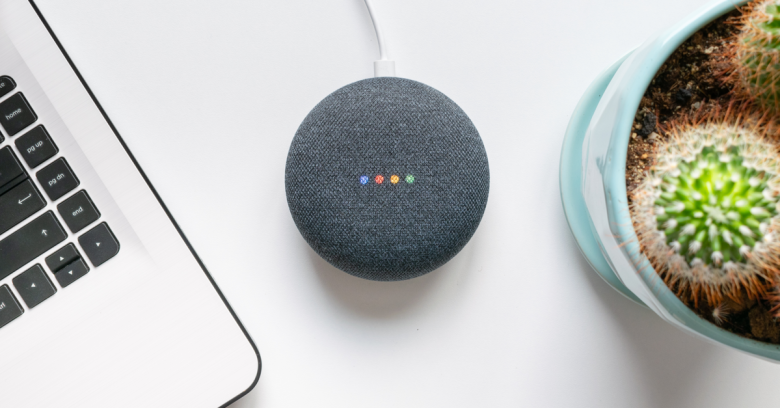 Apparently caught off-guard by a question from the BBC, Google hardware chief Rick Osterloh made up a privacy etiquette rule on the spot last week when he said that yes, homeowners should tell guests that they’ve got smart speakers running in their homes.

At any rate, that’s what he does, he said.

Here’s his reported response after being asked whether homeowners should tell guests about smart devices, such as a Google Nest speaker or an Amazon Echo display, being in use before they enter a building:

Gosh, I haven’t thought about this before in quite this way.

It’s quite important for all these technologies to think about all users… we have to consider all stakeholders that might be in proximity.

After a bit of mulling, Osterloh said that the answer is yes, and that he himself discloses the use of the always-listening devices, which record conversations when they hear their trigger words… or by something that more or less sounds like one of their trigger words. Or by a burger advertisement. Or, say, by a little girl with a hankering for cookies and a dollhouse.

Not only should a homeowner disclose the presence of the devices, Osterloh said. The devices themselves should also – “probably” – let people know when they’re recording:

Does the owner of a home need to disclose to a guest? I would and do when someone enters into my home, and it’s probably something that the products themselves should try to indicate.

“Probably?” One would imagine that Google learned about the necessity of its gadgets disclosing their surveillance when it went through prolonged discussion of such questions with regards to whether its Google Glass always indicated that it was capturing images.

Back in 2014, before Google Glass got taken out of the running as a consumer product, Google went on the defensive with a list of “Google Myths”. Google would have had us believe that Glass would indicate that it’s on and recording by virtue of its green camera-on light.

Indicator lights are good things. Perhaps not so relevant when talking about smart speakers, though, given that they don’t need line of sight to record us.

And granted, multiple researchers went on to show that they could tinker with the Glass recording indicator light, including a Glass spyware app’s that could surreptitiously take photos of a Glass wearer him- or herself.

The question about smart speaker disclosure came at the end of a one-on-one interview to mark the launch of Google’s Pixel 4 smartphones, a new Nest smart speaker and other products.

Lessons learned (or not) from the Glass privacy debates are one thing. And to be fair, Google’s Nest cameras shine an LED light when they’re in recording mode, Osterloh noted – a light that can’t be overridden. In fact, in August, Google removed the option to turn off the status light that indicates when newer Nest cameras are recording: a move that some owners called “absurd,” given that they use the cameras for covert surveillance.

In August, following news that smart speakers from both Apple and Google were capturing voice recordings that the companies were then letting their employees and contractors listen to and analyze, both companies suspended their contractors’ access.

The BBC says it’s a “big ask” to expect homeowners to inform visitors about smart speakers being in use.

Is it unreasonable to expect homeowners to disable their gadgets if visitors object to the potential privacy implications of being recorded?

Is it unreasonable to wish to avoid your, or perhaps your children’s, voices and utterances from being recorded, by mistake or otherwise?