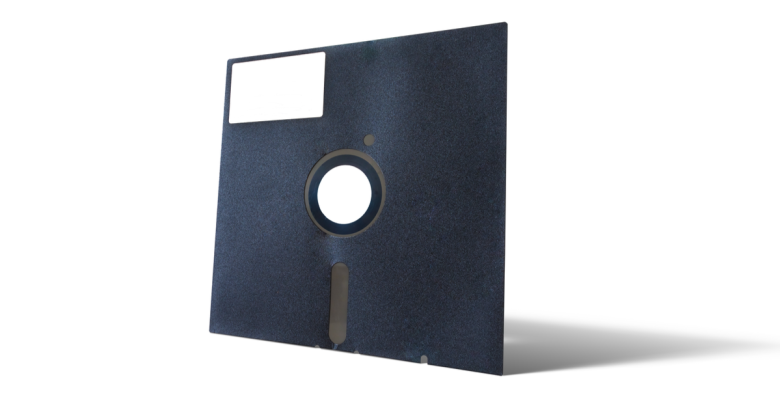 Imagine a computer system based on the 1970’s-era IBM Series/1 and 8-inch floppy drives and most people would assume you’re describing a museum piece kept alive by enthusiasts.

And yet, such a computer system ranks as one of the most important in the world – so critical in fact that nobody has wanted to change or upgrade it since it was built nearly half a century ago.

It sits in bunkers across the US, part of the command centres that run the country’s nuclear missile deterrent on behalf of the Strategic Automated Command and Control System (SACCS).

Surprised? You shouldn’t be. But what matters is that SACCS finally spies a hardware upgrade as part of a $400 billion, 10-year programme to modernise the US’s military nuclear technology.

This programme has been public knowledge for a while but a detail that might have escaped public attention is the recently reported intention to ditch 8-inch floppies in favour of a contemporary, presumably encrypted, storage equivalent.

They’ve been using 8-inch floppy disks all this time?

Trying to visualise this might be hard for some readers who hail from an era after such portable storage existed.

According to the format’s Wikipedia entry, these appeared in 1973 with the later examples reaching the then impressive data capacity of 1.2MB.

Then the more convenient 5.25-inch floppy disk appeared in the 1980s with the advent of the PC and the 8-inch floppy slowly disappeared.

It’s easy to gloat at the apparent backwardness of this but systems of such importance are designed primarily to work rather than to be up to date.

Do the newest technologies work better than the old ones? In some cases, no. In a sector built on certainty, the 8-incher worked because it was compatible with the hardware.

You can’t hack something that doesn’t have an IP address. It’s the age that provides that security.

Not, in fact, strictly true – you can hack computers that don’t have an IP address.

Doing that involves either gaining direct access to the computer or working out how to reach it across an air gap.

But he has a point all the same – hacking this would require the attacker to bridge that gap using another 8-inch disk, something that few nation-states would be able to sneak into a locked console room.

Ironically, one reason they’re getting rid of them is not their age but that the systems are becoming challenging to repair, mainly because the expertise is no longer there.

Add the extra training time required to use a system unlike any in the 21st Century and the time for change had arrived.

According to the report, one thing that has changed over time is the software, but even that must be a challenge on such an old computer deck.

The US military is coy about what will replace the equipment, but it will presumably be something faster and more powerful.