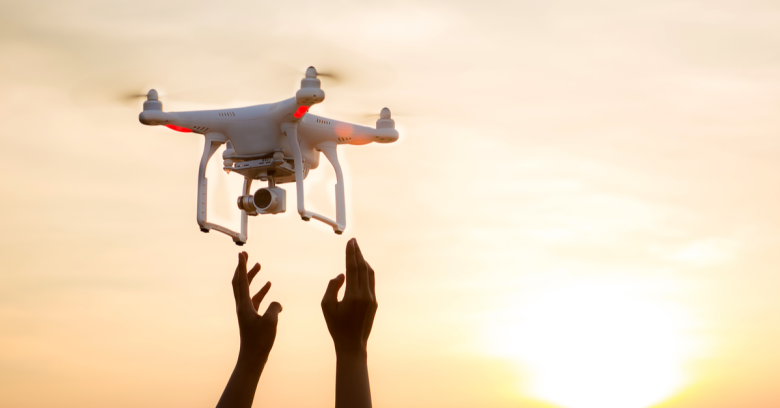 Adding to the growing chorus of concern about Chinese technology and potential espionage, the US Department of the Interior (DOI) announced on Wednesday that it’s grounding all Chinese-made drones or drones with Chinese-made parts as it reviews its drone program.

The exception: drones “currently being utilized for emergency purposes, such as fighting wildfires, search and rescue, and dealing with natural disasters that may threaten life or property,” the department said.

This is a decided turnaround from the enthusiastic embrace of drone technology that the DOI has exhibited over the past few years. Besides using unmanned aircraft systems (UAS) in emergency situations, the devices have also been put to work to monitor dams and floods, inspect land for property and environmental damage due to erosion, monitor endangered species, survey habitats, conduct archaeological mapping and mapping of landslides, and to assess groundwater discharge, among many other uses.

That number apparently jumped yet again: according to the Wall Street Journal, the department now has more than 800 drones. A person familiar with the matter told the WSJ that all of the devices are either made in China or have Chinese parts.

According to The Verge, Interior Secretary David Bernhardt made the order to ground the drones on Wednesday. The drones will stay grounded until the DOI completes a review of the security risks they might pose.

DOI spokesperson Melissa Brown sent this statement on the matter:

Secretary Bernhardt is reviewing the Department of the Interior’s drone program. Until this review is completed, the Secretary has directed that drones manufactured in China or made from Chinese components be grounded unless they are currently being utilized for emergency purposes, such as fighting wildfires, search and rescue, and dealing with natural disasters that may threaten life or property.

As the WSJ reports, the DOI’s concerns include that the drones could be used to transmit data, including photography and video, of sensitive US infrastructure that may be the subject of future cyberattacks.

This is just the latest move the US government has taken to push away China, which security experts have pointed to as the most active nation-state when it comes to cyberespionage against the US government, its corporations and its allies.

In September, a bipartisan group of US lawmakers introduced a bill – the American Security Drone Act of 2019 – that would ban federal departments and agencies from purchasing any commercial off-the-shelf drone or small UAS manufactured or assembled in China or other countries identified for national-security concerns.

The government has already taken steps to limit potential dangers posed by the Chinese company Huawei, two senators pointed out in the TikTok inquiry. In 2018, due to concerns about spying, the Pentagon banned the sale of Huawei and ZTE phones at military exchanges – only one of multiple warnings about using gear from companies that might be under China’s thumb.

Any ban on Chinese drones will most particularly hurt DJI, the world’s largest maker of consumer drones. The company, which is based in China, disputes the security concerns. In response to the introduction of the American Security Drone Act of 2019, the company said that users can stop their drones from transmitting data back to the company or connecting to the internet, and that whatever data DJI has, the Chinese government has never come after it.

In response to the DOI’s announcement last week that it will be grounding Chinese drones, DJI sent this statement to The Verge:

We are aware the Department of Interior has decided to ground its entire drone program and are disappointed to learn of this development. As the leader in commercial drone technology, we have worked with the Department of Interior to create a safe and secure drone solution that meets their rigorous requirements, which was developed over the course of 15 months with DOI officials, independent cybersecurity professionals, and experts at NASA.

We will continue to support the Department of Interior and provide assistance as it reviews its drone fleet so the agency can quickly resume the use of drones to help federal workers conduct vital operations.