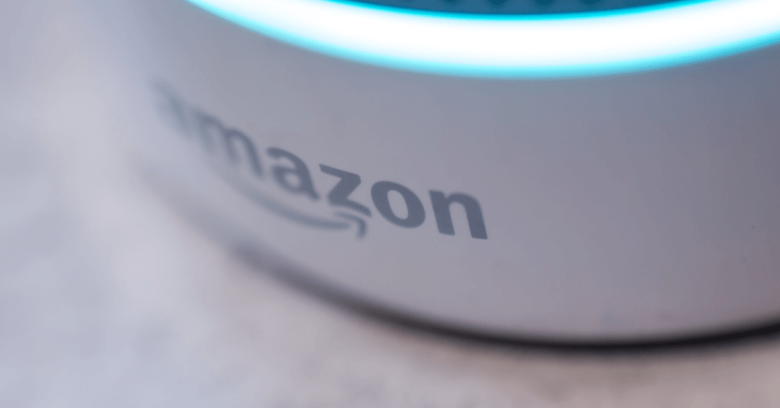 Last week, the South Florida SunSentinel reported that police in Hallandale Beach issued a search warrant for anything recorded by two devices – an Echo and Echo Dot – found in the apartment where a woman who was arguing with her boyfriend was killed in July.

When police arrived at the apartment, they found Galva in one of the bedrooms in Crespo’s condo. She was bleeding to death from a stab wound in her chest, as Crespo tried to stanch the bleeding and save her life. Police also found the spear that, as Crespo told them, he had pulled from her chest: a spear with a 12-inch, double-sided blade.

Crespo says that Galva had been drinking, and that he’d tried to kick her out of the bedroom, but she resisted, grabbing onto the spear – at the foot of the bed – for leverage. He says he kept pulling, without turning around, until he heard a snap. That’s when the spear she was holding onto snapped and impaled her, police said.

A friend of Galva’s was in the condo at the time and told police that she’d heard arguing coming from the bedroom but couldn’t make out the details of the fight.

That’s where Alexa comes in. The voice assistant, which runs in Amazon’s Echo smart speakers, waits for its trigger word – the default is “Alexa,” though owners can change it to “Amazon,” “Computer” or “Echo” – and then starts to listen for commands. In other words, it begins to record.

This isn’t the first time that police have looked to Echo recordings to help solve crimes. In 2015, Arkansas police tried to get data from an Echo that they found at the murder scene after a man was strangled in a hot tub.

The murder suspect, James Andrew Bates, pleaded not guilty to the murder of Victor Parris Collins and wound up handing over the Echo recordings.

Whatever Alexa recorded, it wasn’t conclusive evidence of a murder. Benton County Prosecutor Nathan Smith said that the evidence could have supported more than one reasonable explanation for the death, and the charges against Bates were dropped in November 2017.

Investigators again went after Echo recordings a year ago, when they were working on the case of a double homicide: two women had been murdered in a New Hampshire home on the same day. A New Hampshire man, Timothy Verrill, was charged with two counts of first-degree murder in the fatal stabbings. The case was declared a mistrial on Thursday, but his indictments still stand, so he could be tried again.

In the case of Galva’s stabbing death in Florida, police reportedly justified probable cause for a warrant by saying that Amazon servers may help them get to the bottom of whether or not she was murdered:

It is believed that evidence of crimes, audio recordings capturing the attack on victim Silvia Crespo that occurred in the main bedroom […] may be found on the server maintained by or for Amazon.

While such requests have raised legal wrangling in other criminal investigations, that wasn’t the case in this one. Princeton University professor Jonathan Mayer, who served as chief technologist of the Federal Communications Commission (FCC) Enforcement Bureau, told the Washington Post that from a legal perspective, this one’s straightforward:

The SunSentinel reported on Thursday that Amazon had turned over multiple recordings, but at that time, neither the company, police, nor the State Attorney’s Office were ready to say what was on them. Hallandale Beach Police Department spokesman Sgt. Pedro Abut:

We did receive recordings, and we are in the process of analyzing the information that was sent to us.

By default, Echo devices are designed to detect only your chosen wake word.

Nakanishi said that Echo speakers only begin to listen and record after they hear their wake word. If the speakers in the bedroom didn’t hear a wake word, or if somebody pressed the mute button, they’re as likely as a brick to record anything.

No audio is stored or sent to the cloud unless the device detects the wake word.