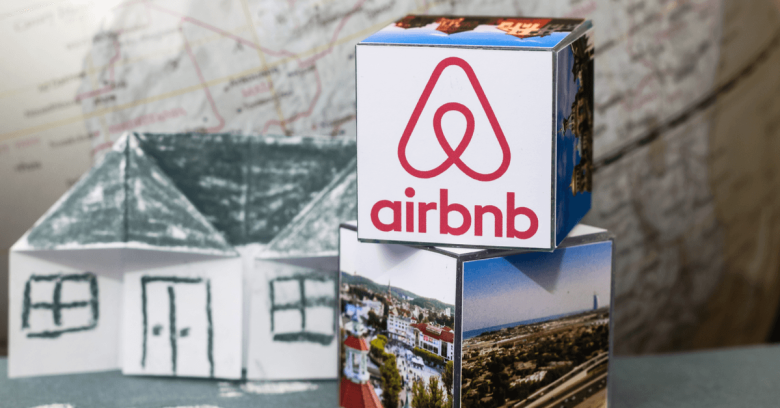 Ever stay in an Airbnb listing that lacked a trash bin? A kitchen light? Running water? But one which had ample broken beer bottles littering the balcony, trash shoved into the holes in a milk crate, and filthy sheets on a bed that hadn’t been made?

That was my Airbnb misery. The details of yours, if you have one, are undoubtedly different. Maybe you showed up on the doorstep of your destination after driving four hours only to be told by baffled homeowners that you must have the wrong address. Maybe you discovered the beady eye of a hidden webcam trained on your bed.

Or maybe you’ve been told, at the last minute, that there was a plumbing emergency and that you’d be switched to a place that was 3x as large – wow, an upgrade – only to find that it was a cobwebby dump you could only get to by squeezing around trash bins as rats dashed past?

That, in fact, was the experience of one traveller who told their story to a Motherboard reporter who uncovered a nationwide scam in which shady real estate rental companies are putting up lovely, and fake, listings, publishing them on Airbnb under the profiles of multiple fictional hosts, and then, at the last minute, switching we-have-no-other-choice guests to shabby rat-traps.

That’s what happened to writer Allie Conti, who went on to talk to multiple others who’ve banged their head against Airbnb trying to get refunds – refunds that apparently were issued in full to only the most persistent (namely, a lawyer who “loves to argue,” she told Motherboard), while others have only received partial refunds, or none at all.

The specific details of Airbnb nightmares aside, those of us who’ve fallen for a crappy or nonexistent listing may well wonder how in the world a company that’s been around for 11 years – one that’s due to go public and is estimated to be worth $35 billion – could fail to have the technologies and processes in place to weed out the fraudsters who find it so easy to take advantage of the platform.

Well, it hasn’t had those abilities. Nor has it apparently prioritized putting them into place. But now, it’s promising to change all that… or, at least, to give people 100% refunds if Airbnb can’t put them into another accommodation that’s “just as nice.”

A week after Motherboard published its hair-curling findings, Airbnb chief executive Brian Chesky published a series of Tweets in which he said that the platform plans to verify every one of its listings and every one of its hosts:

We are introducing the Airbnb Guest Guarantee. Starting on 12/15/19, if a guest checks into a listing and it doesn’t meet our accuracy standards, we will rebook them into a listing that is just as nice — and if we can’t, they will get 100% of their money back.

Chesky said that starting next month – on 15 December – the new Airbnb Guest Guarantee will ensure that guests who stay in listings that don’t meet Airbnb’s “accuracy standards” will either be rebooked into someplace that’s “just as nice” or, failing that, they’ll get a 100% refund.

Up until now, some guests who’ve managed to get refunds have found that Airbnb slashed the refunds if they made the mistake (read, had no other option) of actually staying in one of these surprise-surprise switcheroos.

What about for users who have currently been scammed before this is place? I had this happen on Wednesday November 7th and @Airbnb @AirbnbHelp @bchesky only refunded my service fee and did not offer at all to rebook or cover the hotel I ended up booking.

There are also those who claim that Airbnb never followed through at all when their reservations were cancelled at the last minute:

Hi Brian. This is brilliant. Looking forward to you reviewing my case. I actually contacted you guys in June about a host cancelling last minute and you all failed to listen to me. Then I was stranded at the JFK, with my 3 kids. Feel free to contact me should you actually care

…or has shuffled them from one “case manager” after another while they suffer:

Airbnb says that it will verify each and every Airbnb listing and host by December 2020. Chesky didn’t say how. What we do know is that there are an awful lot of listings to scrub: according to one property management site, the platform currently has more than 650,000 hosts and over 6 million listings worldwide.

If Boston, Seattle and San Francisco can do it…

Some cities aren’t leaving it up to Airbnb to vet their hosts. As of January 2019, all Boston hosts were required to register short-term rentals with the city. The process of registering is on the grueling side: I’m an Airbnb host and have gone through it, having had to purchase a business certificate, pay to register with the state, and prove that I own my house, among other things.

Boston’s new regulations, which go into effect 1 December, forbid people from listing investment properties on Airbnb. You have to live in the house, in other words, to rent it out on Airbnb.

Nobody’s quite sure how many units rented by absentee investors – or swindlers like the ones that Motherboard uncovered – the new regulations will drain out of Boston’s Airbnb listing pool, though estimates put it in the thousands.

For its part, Hawaii is thinking about subpoenaing Airbnb for tax records of hosts.

Other cities that have passed regulations include Buffalo, San Francisco, and Seattle, while still others, such as Jersey City, are preparing to do the same.

Some cities have enough wherewithal to fight Airbnb in court so as to push through regulations to protect guests and their long-term rental housing stock. Others don’t. As Motherboard notes, New Orleans overhauled its short-term rental laws in August, for example, but it doesn’t have enough money and had to leave the Airbnb fox in charge of the henhouse to carry out oversight of the new rules.

Let’s hope that Airbnb comes up with a good way to dig out its rotten apples. There are cities and towns out there that can’t do it on their own, and the scammers are adept at taking advantage of that situation.

For the record – I got a 100% refund on my nightmare stay. I made sure to photograph every last little shard of beer bottle and suggest other unhappy guests do the same.

3 comments on “Huge Airbnb scam leads to promise to vet every host, every listing”