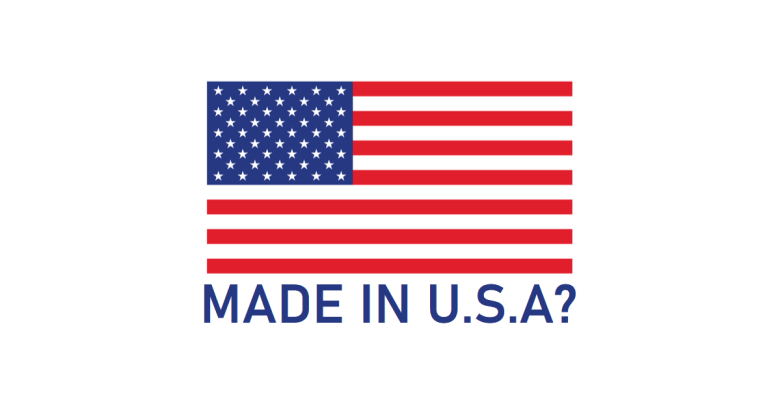 Aventura Technologies – an American surveillance equipment vendor located on Long Island, New York – has been busted for allegedly slapping phony “Made in the U.S.A.” labels on Chinese gear and selling it to customers including the US military and federal government.

For years, Aventura’s been shipping out boxes with American flag logos to outfit government agencies. Its gear – the company sells surveillance cameras, ground-based radar, artificial intelligence (AI) and facial recognition software, and many other hardware and software security technologies – has been installed on everything from aircraft carriers to a Department of Energy facility.

The alleged fraud was discovered last year by an Air Force service member who noticed Chinese characters displayed on the built-in screen of one of the company’s body cameras.

On Thursday, federal prosecutors in Brooklyn said that seven defendants – current and former Aventura employees – have allegedly been lying for years, claiming that the equipment had been manufactured at Aventura’s base in Commack, New York. Actually, they were allegedly peddling made-in-China electronics with “known cyber vulnerabilities”, raising the possibility that US agencies have installed software in security networks that China could use for spying.

According to the Department of Justice (DOJ), Aventura has made more than $88 million in sales revenue – including over $20 million in federal government contracts – since November 2010, and the alleged fraud has been ongoing since at least 2006.

Per federal guidelines, a product’s country of origin can determine whether the government or the military will procure a product, and it also matters to some private sector customers. All products imported into the US are supposed to be marked with their country of origin. The seven defendants have all been charged with unlawful importation and conspiracy to commit wire and bank fraud.

Four of them have also been charged with defrauding the US government by allegedly lying about Frances Cabasso being the owner and operator of the company so that the company would be eligible for valuable government contracts reserved for women-owned businesses. In fact, her husband actually ran the business, prosecutors claim. The Cabassos have also been charged with laundering the proceeds from their alleged scams.

During its investigation, feds intercepted and covertly marked numerous shipments coming to Aventura from Chinese sources. In some cases, cameras shipped from China were pre-stamped with patriotism: they bore Aventura’s logo and the phrase “Made in USA,” along with the stars-and-stripes. In many instances, investigators traced those items and found that they’d allegedly been resold to US government agencies – agencies that had been told they were buying American-made gear.

For example, the China-sourced gear included a $13,500 laser-enhanced night vision camera purchased in March 2019 by the US Navy. Investigators had intercepted that camera when it was on its way to Aventura, and they had subtly marked it in a way that was hard to detect unless you knew what you were looking for. Two weeks after they’d done that, the marked camera was delivered to a US naval submarine base.

Investigators did the same thing to $156,000 worth of networked automated turnstiles destined for a facility in Tennessee. The DOJ says that the package that showed up in Tennessee was identical to the one investigators had intercepted – except that the shipping labels from China directing the crates to Aventura had been peeled off. There were still visible traces of paper and glue from the old labels.

A time zone in China and multiple Chinese logos

As far as the body cameras ordered by the Air Force go, after the service member noticed the Chinese characters on the display screen in August 2018, the cameras were sent for analysis. A specialist downloaded the bodycam’s firmware and found still more clues that it had been made in China, including multiple preloaded images that were apparently designed to display on the built-in screen, including the Air Force logo, the logo of the Chinese Ministry of Public Security, and the logo of a Chinese manufacturer.

All of the logos had been saved to the camera’s firmware using the same software, on a computer that was set to a time zone in China. The presence of the Air Force logo indicates that the manufacturer knew the Air Force was the likely end user of the bodycam, the DOJ says.

Can’t you do anything about your initials on the circuit boards?

None of the products on Aventura’s price list mention that they’re made in China. In fact, a long laundry list of Aventura employees’ emails show how much care the company allegedly took to scrub any sign of the equipment’s true origin. For example, here’s an email from Jack Cabasso to one of multiple Chinese manufacturers after stressing the need to take steps so that “they cannot trace”:

The housings are a problem since you publish them on your website but nothing we can do about that.

The pot calling the kettle black

Meanwhile, Cabasso was allegedly ratting out other contractors, accusing a dozen of selling surveillance equipment to the government that was manufactured in China. It’s a “big problem” that “doesn’t get any worse,” he allegedly said in a November 2016 email to the General Services Administration (GSA). He said that the Chinese manufacturer was “actually the Communist Chinese Government and ha[d] ‘significant’ cybersecurity issues aside from” compliance with US laws specifying country-of-origin requirements for government purchases.

Cabasso said that the manufacturer “will acknowledge they manufacture no products outside of China.”

All the while, Cabasso was allegedly importing equipment from the manufacturer he was complaining about.

US Attorney Richard Donoghue said in the DOJ’s press release that for years, the defendants have been disregarding the country’s national security by allegedly peddling made-in-China electronics with known cyber vulnerabilities and jeopardizing the safety of the armed forces:

With today’s arrests, the defendants’ brazen deceptions and fraud schemes have been exposed, and they will face serious consequences for slapping phony ‘Made in the USA’ labels on products that our armed forces and other sensitive government facilities depended upon.

Prosecutors said that besides the arrests and arraignments, they also executed search warrants at Aventura’s headquarters and at the Cabassos’ home. They seized $3m, spread over 12 bank accounts, as well as the Cabassos’ 70-foot luxury yacht.