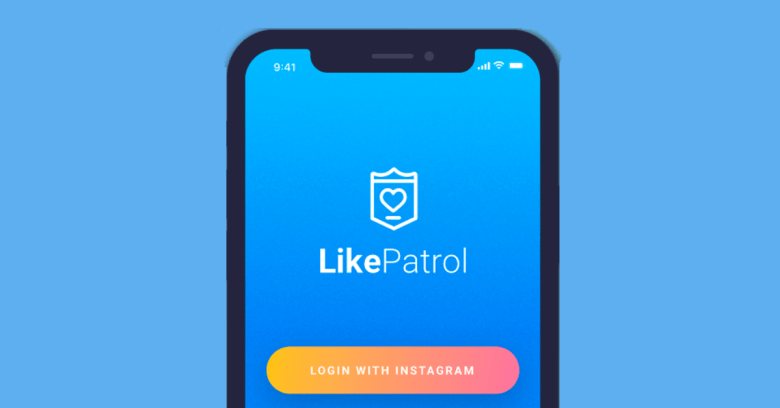 Apple has yanked an app from its iTunes App Store that allowed Instagram users to follow their friends’ activities on the social network.

Apple removed Like Patrol from its store last weekend citing a violation of its data collection policies. Apple didn’t return requests for comment, but the app showed up as unavailable for Canadian users of the store.

Like Patrol charged users a reported $80 each year to give them access to their Instagram friends’ activities on the platform. It promised to show them detailed information about what people were doing on Instagram, including which posts they were liking, and from whom. They could also reportedly get notifications of a person’s interaction with users of specific genders, and none of this information required the consent of the person being monitored.

The banner on the app’s website, which is still up at the time of writing, reads:

The app appears to work by scraping data that is publicly available via the Instagram API, but while its creators worked to capitalise on that data, Facebook-owned Instagram appeared to be moving in the other direction by restricting access to information about other users on its site.

In October 2019, it removed a ‘following activity’ tab that showed peoples’ likes, comments, and follows in a separate tab. People rarely clicked on it and were disconcerted when they found out that their Instagram friends could see their activity in such detail, the company said at the time.

Later that month, the photo-oriented social networking site reportedly sent a cease and desist letter to Like Patrol, accusing it of scraping content, which violates its policies. Its terms and conditions forbid people from:

Creating accounts or collecting information in an automated way without our express permission.

Like Patrol’s developer, Sergio Luis Quintero, was defiant, questioning Apple’s opposition to the app. He told us:

If our app’s functionality did violate any policies, then Instagram would have violated the exact same policies since 2011 to 2019 with the Following tab. Why weren’t they taken down?

He also had strong words for Instagram’s parent company:

There is a strong hypocrisy in Facebook’s condemnation of our app. Like Patrol does not collect data from Instagram users, it provides the users with a tool to rearrange information that is already available to them. Everything the user sees lives only in the user’s device, we do not have a login, we do not centralize any information, if the user deletes the app every bit of data he was able to see in Like Patrol is deleted.

He vowed to make the code open-source and said that he would announce the release via the Like Patrol website in the next few days.

Apple’s move comes just a few weeks after the FTC indicated a stronger stance towards apps that could be used to stalk mobile users. The FTC reached a settlement with app developer Retina-X Studio in October after criticising its poor security, which led to two hacks in which its users’ data (and their surveillance targets’ data) had been breached.