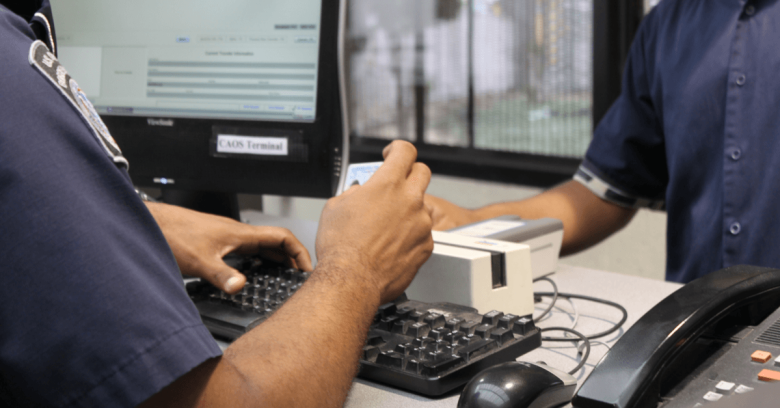 A federal court in Boston on Tuesday ruled that suspicion-free, warrantless searches of travelers’ electronic devices at US border entry points are unconstitutional.

Rights groups are hailing the Boston ruling as a major win. Sophia Cope, a senior staff attorney with the Electronic Frontier Foundation (EFF):

This is a great day for travelers who now can cross the international border without fear that the government will, in the absence of any suspicion, ransack the extraordinarily sensitive information we all carry in our electronic devices.

The decision comes out of a lawsuit – Alasaad v. McAleenan – filed against the Department of Homeland Security (DHS) in 2017 by the American Civil Liberties Union (ACLU) and the EFF on behalf of 11 travelers: 10 legal residents of the US and one lawful permanent resident, all of whom were forced into warrantless searches of their mobile phones and laptops at the border.

Holding your life in their hands

We’ve written about some of them.

One is natural-born US citizen Sidd Bikkannavar. He’s a NASA engineer who was detained by US Customs and Border Protection (CBP) in 2017 and pressured to hand over his NASA-issued phone and the PIN to get into it.

Yet another plaintiff is Diane Maye, a college professor and retired US Air Force officer who was detained for two hours at Miami International Airport when coming home from a vacation in Europe.

At the time that the lawsuit was filed in 2017, Maye said that the encounter left her feeling “humiliated and violated.”

I worried that border officers would read my email messages and texts, and look at my photos. This was my life, and a border officer held it in the palm of his hand. I joined this lawsuit because I strongly believe the government shouldn’t have the unfettered power to invade your privacy.

An end to all that?

Here’s hoping. Esha Bhandari, staff attorney with the ACLU’s Speech, Privacy, and Technology Project, said that the ruling is a significant boost for Fourth Amendment protections, which prohibit unreasonable searches and seizures, and will protect the millions of international travelers who enter the US every year.

By putting an end to the government’s ability to conduct suspicionless fishing expeditions, the court reaffirms that the border is not a lawless place and that we don’t lose our privacy rights when we travel.

In fact, that’s exactly the state of affairs that the lawsuit uncovered: prior to the ruling, the ACLU and the EFF filed evidence in court showing policies and practices of Immigration and Customs Enforcement (ICE) and CBP that authorized officers to conduct warrantless, suspicionless device searches for purposes that had nothing to do with immigration or customs laws, including:

The documents showed that border agents were also allowed to consider requests from other government agencies to search devices, the EFF said.

Both agencies have also allowed agents to retain the data they copy off devices and share it with other government entities, including state, local, and foreign law enforcement agencies. They’ve been none too careful with that data, either, as we learned in December 2018, when the Office of Inspector General (OIG) filed a report with DHS about border agents copying travelers’ data and leaving it kicking around on USB drives that they don’t always erase and sometimes misplace.

It’s legal for border agents to look through the devices of travelers who get referred for a secondary inspection. During the primary inspection, travel documents and passports are reviewed. If a secondary inspection is needed, officers may search phones, thumb drives, computers and other electronic devices to determine whether they should let somebody into the country or to identify potential legal violations.

According to the ACLU, the Boston district court’s order puts an end to the authority that CBP and ICE granted themselves to search and seize travelers’ devices for purposes beyond enforcing immigration and customs laws. At this point, border officers are required to demonstrate “individualized suspicion of contraband” before they can search a traveler’s device, the civil rights group said.

ICE and CBP have reportedly declined to comment on the ruling.