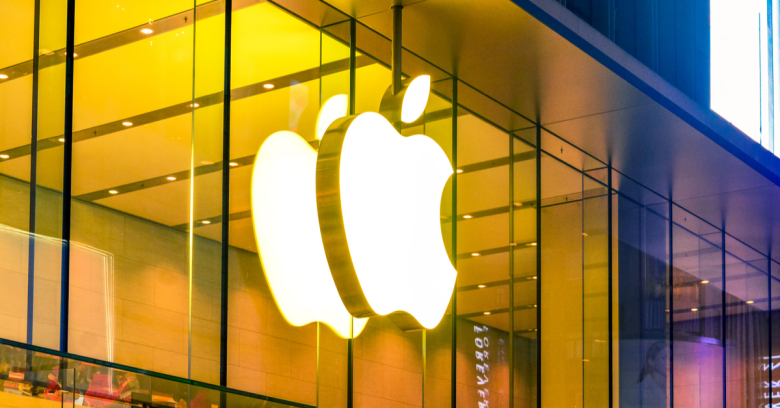 She had this funny feeling.

So before she took her cracked iPhone screen to the Apple store for repair, she backed it up, and she went on a wiping spree. Apps with financial information or that linked to her bank account? Deleted. Social media apps? Gone.

I didn’t want them going through them.

But the phone’s voluminous photos? Argh! No time. You can undoubtedly see where this is going, so let’s go there…

Her appointment had been moved up. The Valley Plaza Apple store in Bakersfield, California, was texting her, so she rushed over without deleting those photos, Gloria Elisa Fuentes said in a Facebook post earlier this month.

Fuentes placed her phone in the hand of one of the Apple store employees, and then, like one does, she waited. The employee “messed around” with it for quite a while, she said, but hey, that’s what phone store employees do:

I didn’t really pay any mind to it because I just figured he’s doing his job, looking into my insurance info or whatever.

Perhaps Fuentes might have grown suspicious when the employee asked for her password. Twice. But she didn’t think anything about it. In the end, he told Fuentes she would have to take it to her phone company for a screen fix.

Deep scrolling until he got to that year-old photo

So Fuentes left the store. It’s when she got home that she realized that that Apple employee had been doing quite the excavation into her photo roll. The tipoff: somebody had used her phone to send a message to an unsaved number.

In fact, the Apple store employee had apparently scrolled through her gallery and sent himself one of Fuentes’s “EXTREMELY PERSONAL” pictures: one that she took for her boyfriend and which had geolocation data, meaning that he also found out where she lives.

It would have been pretty hard for this to be a slip-up, given how old the photo was, Fuentes said:

THIS PICTURE WAS FROM ALMOST A YEAR AGO SO HE HAD TO HAVE SCROLLED UP FOR A WHILE TO GET TO THAT PICTURE being that I have over 5,000 pics in my phone!!!!

Fuentes went back to the store and confronted the guy, whose response was, Goodness gracious, he has no idea how that happened!

I could not express how disgusted I felt and how long I cried after I saw this!! I went back to the store and confronted him and he admits to me that this was his number but that “he doesn’t know how that pic got sent 🤬!!

Fuentes wondered: How many women – or underage girls, for that matter – has that now ex-employee done this to? If he’s done it to girls, he should be very worried: possession of explicit photos of minors is a felony in some states.

Apple has responded to media inquiries with a statement saying that the clerk’s actions were way out of bounds. Hence, he’s way out of a job:

We are grateful to the customer for bringing this deeply concerning situation to our attention. Apple immediately launched an internal investigation and determined that the employee acted far outside the strict privacy guidelines to which we hold all Apple employees. He is no longer associated with our company.

Case closed? Not exactly. According to a local publication, BakersfieldNow, the Bakersfield Police Department said that as of Friday, there was an open, active investigation, meaning that charges might be coming.

How can you protect your photos?

There are ways to hide your photos, and then, there are problems with those ways. On an iPhone, you can launch the Photos app, select the images to hide, tap the Share icon, then choose Hide.

The problem is that those photos aren’t going anywhere. They stay right on your phone, moved off your main album and into an album titled…(heads-up for the world’s most non-cunning game of hide-and-seek)… “Hidden.” Which is available by scrolling down in the photo app’s main screen until you hit “Other Albums.”

Not! Subtle! Anybody who knows where to look can find them, and one imagines that includes people who sell and fix phones.

Business Insider recently mentioned a bunch of third-party apps that can supposedly help, letting you move photos into a locked album that you access with a PIN.

I wish we could tell you whether you can trust those apps. I can’t. What I can tell you is that way back in 2012, we took a look at a bunch of these apps. Many of them stuck photos in a poorly hidden directory from which the photos could be viewed and shared, while others glued some extra characters after the file extension in a flimsy attempt to disguise the images: all very easy to overcome with just a file browser.

Some actually used encryption, but that came with a price, in terms of “you’ve used your freebies – now pay up!” and/or forcing you to look at ads (that transmitted unencrypted, phone location and identification) and/or in terms of having to trust some third-party app enough to hand over a lot of phone permissions that didn’t strike us as all that necessary for hiding photos, such as the ability to dial numbers and view/edit your browser history.

Granted, that was a while ago. Maybe there are marvelous apps that hide your photos nowadays by using a bit more sophistication than the ones we looked at previously. If you’ve used one that you trust, please do tell us which one.

While you’re at it, please also tell us if it passes this litmus test: do you trust it enough to hand over your phone to a phone store employee without first deleting your nudes? If so, WHY?