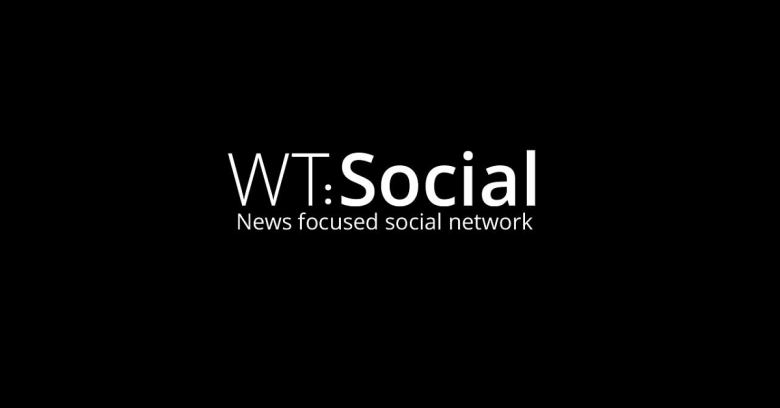 How much would you pay for a Facebook- or Twitter-like social network experience, but one in which you’re not tracked, your personal information and web history aren’t gobbled up, and you aren’t e-hounded by targeted ads?

For those of us who haven’t already jumped the Facebook ship and might still be interested in relinquishing our roles as products, Wikipedia co-founder Jimmy Wales has set up a social media site called WT:Social that’s supported solely by donations. The cost, if you want to skip the waiting list: either $12.99/month or $100/year, or your willingness to share the invitation with friends, family and/or colleagues.

Instead of funding the site with advertising, Wales is using Wikipedia’s model of relying on users’ donation. Snipping the tie to advertisers is how you can spare users the low-quality content that proliferates when there’s money to be made via clicks, Wales told Financial Times:

The business model of social media companies, of pure advertising, is problematic. It turns out the huge winner is low-quality content.

In fact, there’s a thriving industry that cashes in on clicks by fabricating trolls on either side of the political spectrum, as we recently found out when a reporter went undercover to work in a Polish troll farm.

The same goes for fake news: as a former fake-news writer described a few months ago, sensationalist clickbait fakery is all about the ad revenue. It doesn’t matter how preposterous the content is: what matters is that somebody (or many somebodies) opens the articles and generates ad impressions.

WT:Social grew out of Wales’ previous project, WikiTribune, which sought to be a global news site devoted to fighting fake news – one comprised of professional journalists and citizen contributors.

It’s about evidence-based news, not about focusing on the “engagement” that rakes in money for the big social media platforms. From the WT:Social site:

We will empower you to make your own choices about what content you are served, and to directly edit misleading headlines, or flag problem posts.

We will foster an environment where bad actors are removed because it is right, not because it suddenly affects our bottom-line.

Both WikiTribune – which never managed to gain traction – and WT:Social emphasize evidence-based coverage. Without ad revenue, there’s no need to come up with addictive ways to keep users clicking/refreshing like gamblers at a slot machine as they look for the unpredictable “win” of Likes and Shares and pursue the deep-seated drive for social approval: all psychological vulnerabilities that Facebook, for one, has knowingly exploited.

WT:Social, initially known as WikiTribune Social, was launched at the end of October. It’s already got about 50,000 users.

It’s free to join, but at this point, you’ll be put on a waiting list unless you donate or invite friends to register. I joined on Friday and was told that I was number 53,621 in line.

How successful can this new social media site hope to get? Cracking the iron grip of Facebook and Twitter is no mean feat. Just ask Google how it did with Google+. Spoiler alert: Not good at all.

There have been other aspirants to the social network throne, all of which promise privacy, no tracking, and no data collection. FastCompany recently published a list of them… none of which are what you’d call common household names.

What’s more interesting than the question of how much traction a new social media site like WT:Social can hope to get is the fact that it proposes an entirely different economic model for the web. This approach is similar to the Brave browser which follows the notion that users just might be OK with looking at ads, if those ads are vetted, free of malvertising, respectful of privacy, and not tracking them around the web. And with the option of sending advertising revenue either into their own pockets or toward the content producers they choose to support.

Is it really a road to not being tracked?

At any rate, while becoming a non-product sounds enticing, you won’t necessarily get there just by leaving the big social networks and joining one that’s not supported by advertising. It might feel good to #DeleteFacebook or #DeleteTwitter, but that doesn’t make you invisible to the trackers and marketers.

Researchers have found that even if you’ve never once posted to either platform, it only takes between eight and nine of your friends – who are happily posting away – for predictive or machine learning technologies to build a profile of your likes, interests and personality.

Then too, there are those tentacles that reach beyond the actual platforms themselves to wrap themselves around you. Namely, Facebook’s shadow profiles: profiles filled in with data collected from non-members that include, among other things, email addresses, names, telephone numbers, addresses and work information… a practice that European courts found invasive enough that they told Facebook to knock it off.

But while it might be tough to unwrap ourselves from those tentacles, it’s certainly worth a shot, so kudos to Wales for not giving up the good fight.