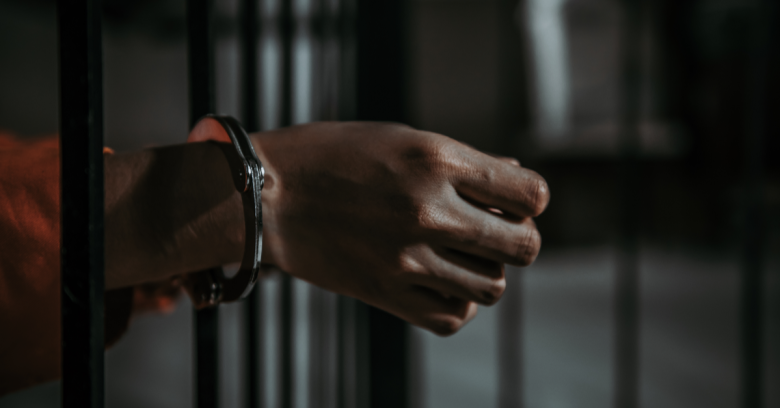 He’s a convicted Nigerian scammer, ensconced in the bowels of the Kirikiri Maximum Correctional Center in Lagos as he serves a 24-year jail term for internet fraud, but hey, details, details!

Bars didn’t stop him from getting a phone and an internet connection so he could allegedly run what Nigeria’s Economic and Financial Crimes Commission (EFCC) says was a $1m “mega-scam.”

The EFCC is scratching its head over this one. On Tuesday, the commission said that Hope Olusegun Aroke allegedly continued to ply his “ignoble trade” of internet fraud from prison, though it didn’t say just what, exactly, his alleged swindles were.

The immediate riddle that confronted the EFCC was how it was possible for the convict to continue to ply his ignoble trade of internet fraud from prison.

Preliminary investigation revealed that the convict, against established standard practice, had access to internet and mobile phone in the Correctional Centre where he is supposed to be serving his jail term.

What we do know is how Aroke wound up in jail in the first place: in 2012, he claimed to be a computer science student at the Kuala Lumpur Metropolitan University in Malaysia.

After a tip led to a search of his apartment and subsequent arrest, Aroke was convicted for masterminding a massive criminal operation spread out between Asia and Africa. He was found guilty on two counts of obtaining money by false pretence, forgery, check forgery and wire transfer fraud and was sentenced to 12 years in prison on each of those two counts.

The EFCC didn’t say how long that original fraud had been going on, but it did give a laundry list of what police found in Aroke’s apartment at the time: laptops, an iPad, travel documents, checkbooks, flash drives, an internet modem, and three luxury cars.

Fast-forward seven years, and if the EFCC’s allegations hold water, Aroke apparently still has a knack for acquiring stuff.

For starters, the convict is said to have gotten hold of a mobile phone and internet access in the Correctional Centre where he was supposed to have been serving his term. As in other countries, phones and internet connectivity are considered contraband for prison inmates.

There’s no shortage of stories about that kind of contraband getting to prisoners, though. We’ve seen prisoners allegedly pose as underage girls in a $560K sextortion scam, the “Iceman” hacker get charged with allegedly running a drone-smuggling ring from jail, and prisoners who gave away their phones (or their marijuana plant) by – what else? – posting selfies to Facebook.

Besides getting a phone and an internet connection, Aroke also allegedly managed to buy some property, as well as a fancy car for his wife.

In 2018, Aroke allegedly bought a property worth N22million ($USD60,689, £46,986). Investigations found that even before he was in jail, while undergoing trial, Aroke paid N48million for a four-bedroom duplex.

While serving his sentence, he also allegedly bought a 2018 Lexus RX 350 and registered it in his wife’s name.

Felons often acquire phones that are thrown over prison walls, but Aroke might not have had to play catch with this one. Rather, it sounds like he just popped out of prison and into a hospital. The EFCC says that Aroke got himself admitted to the Nigeria Police Hospital for what the commission called an “undisclosed ailment.”

From there, he’d slip out and stay in hotels to meet with his wife and children, and he’d go to parties: not exactly the kind of activities that convicts are supposed to engage in when they’re in maximum security prison.

The EFCC is investigating that hospital admission as it tries to get to the bottom of who helped Aroke to allegedly pull this all off.