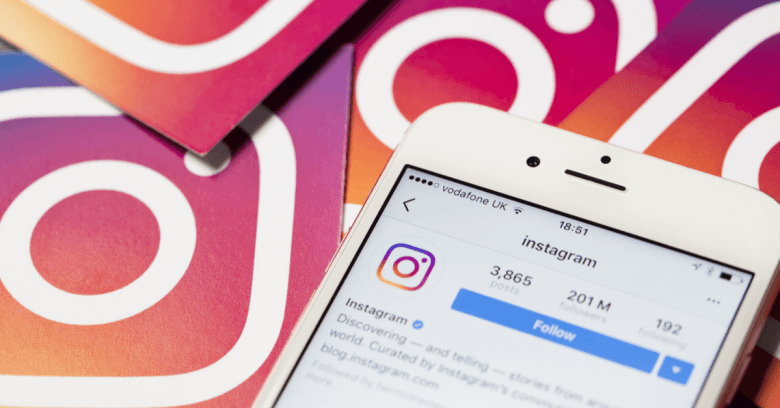 No pretty Instagram pics for you, young ones who haven’t already got an account: the platform has started asking what your birthday is in order to keep underage users from signing up.

On Wednesday, Instagram said that starting that same day, it would be collecting dates of birth for new users.

It’s not hitting up current users for their dates of birth, and it’s not planning to display users’ ages. It’s just out to “keep young people safer and enable more age-appropriate experiences overall,” Instagram said.

Up until now, Instagram has only required new users to say that they’re at least 13 years old. In coming months, it will use the newly acquired, far more precise birthdays (whether truthful dates or not) to tailor users’ experiences around things such as account controls and recommended privacy settings for young people.

Reuters suggested that it’s at least partly about advertising: about expanding the audience of users who see age-restricted products, such as booze, gambling and birth control, while offering new safety measures for underage users.

But Instagram said that new advertising opportunities aren’t the driving force behind the new birthday request.

As Reuters pointed out, getting more granular in its age requirements is one way for Instagram to at least try to avoid the potentially costly wrath of child privacy lawsuits.

The video-sharing app TikTok is one example of a company that’s repeatedly been stung over child privacy missteps: in February 2019, the US hit TikTok with the biggest-ever fine for violating the Children’s Online Privacy Protection Act (COPPA), which is the nation’s strictest child privacy law.

In July, the UK launched an investigation to see if the same child-privacy issues constitute a violation of the General Data Protection Regulation (GDPR). And just this week, parents filed a class action lawsuit against TikTok.

Instagram’s head of product, Vishal Shah, told Reuters that the new birthday requirement is just the latest in its evolution away from its longstanding principles, such as anonymity:

Understanding how old people are is quite important to the work we’re doing, not only to create age-appropriate experiences but to live up to our longstanding rule to not allow access to young people.

And you plan to verify age how…?

Instagram’s parent, Facebook, has a long history of failing to keep kids from signing up for accounts. According to a 2014 study of 442 US children aged 8 to 12, one-fourth of them said that they were using Facebook, in spite of the platform’s rule that says you have to be at least 13 in order to open an account.

The problem isn’t a lack of rules about what ages can sign up for social media. The problem is verifying that kids aren’t lying about their age or haven’t gotten their parents to sign them up, be it on Facebook or Instagram.

Back in 2011, one parent, Marc Smerling, from Brooklyn, NY, had this to say about Facebook’s limp attempts to keep underage kids from signing up (after all, all the platform does is state the age limit in its terms of service):

It’s unenforceable. It’s like having a big bowl of candy and not letting them have any. The internet is everywhere around us. You can’t get away from it.

The UK’s National Society for the Prevention of Cruelty to Children (NSPCC) agreed. In response to Instagram’s announcement, it said that unverifiable dates of birth “will do nothing” to stop kids from seeing “harmful or age-inappropriate content.”

But new regulations will take of that, the NSPCC said:

Forthcoming regulation will force platforms to go further and will require them to take steps to proactively apply additional protections to children’s accounts by default.

But first and foremost the emphasis has to be on ensuring that platforms are safe in the first place for children to use.