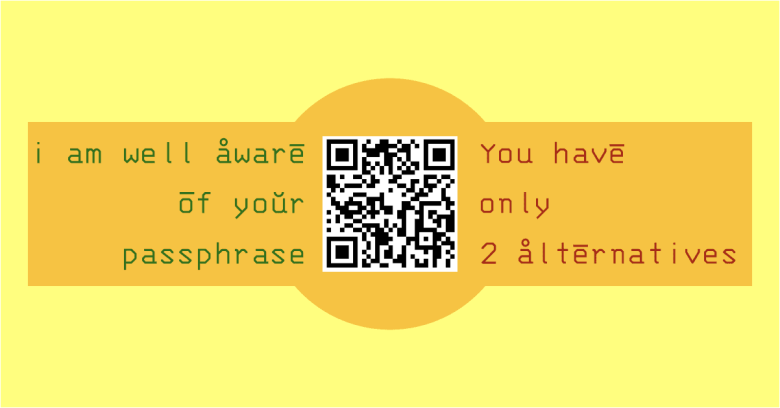 Sextortionists are back with some new twists and turns in their odious and confronting scams.

If you haven’t encountered the word before, sextortion is the popular term for cybercrimes that combine sex or sexuality and extortion.

When they arrive by email, sextortion attempts generally involve a blackmail demand along the lines of, “I know you did sexy/naughty/prurient thing X, pay me Y or I will tell Z.”

The scam version we’re discussing here looks like this: 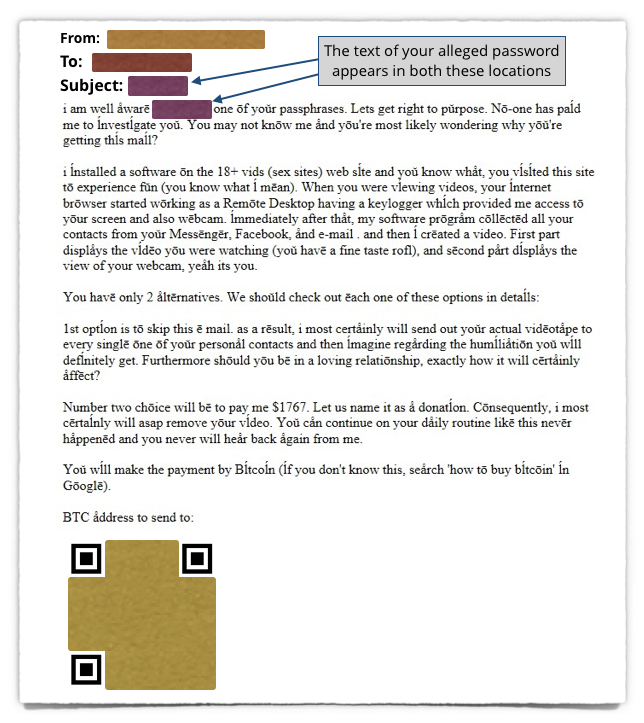 As you can see, the crooks justify their claim to have both browser screenshots and stolen webcam footage by saying they’ve planted remote control malware on your computer.

That sort of malware does exist, and it’s often referred to by the term RAT, short for Remote Access Trojan.

However, in this case, the crooks don’t have a RAT on your computer – the story about remote control malware is just that: a story to scare you into paying up.

The crooks also claim to have infected your computer with malware by implanting it on the website you supposedly visited.

Again, what they describe is theoretically possible but it’s not what actually happened in this case – it’s just more made-up scare tactics.

The last piece of ‘evidence’ the crooks give in this attack is to ‘prove’ that they do have access to your computer by including a password of yours.

Often, the password you’ll see really is (or was) one of yours, but it’s usually very old and you almost certainly changed it years ago.

As many Naked Security readers have pointed out before, the only solid way for the crooks to prove that they had the sneaky evidence they claimed would be to share a clip of the alleged video with you…

…but they never do that, for the very simple reason that they don’t have anything.

That long-breached, widely-known, already-changed (you did change it, right?), no-longer-important password is all they have; the rest is just bluff.

This particular example has a few novelties: