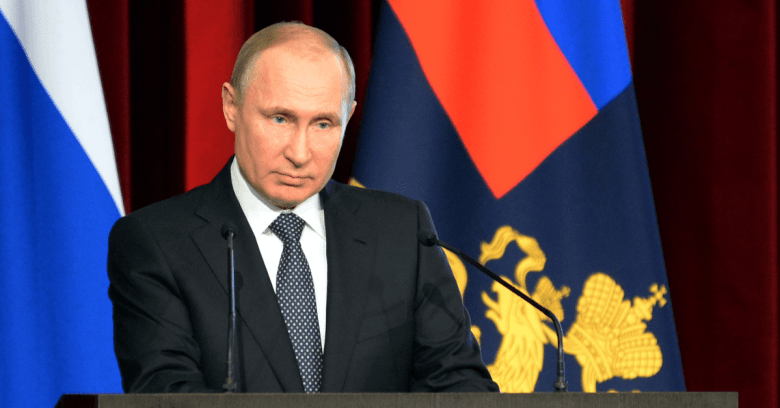 When it comes to computing, Vladimir Putin is old-school. Reports surfaced this week that the president of Russia is still using Windows XP as his primary operating system.

Photos released by the 67-year-old world leader’s press service showed the operating system, released in 2001, running on computers in his Kremlin office, along with others at Novo-Ogaryovo, his official residence near Moscow.

Microsoft stopped supporting XP along with Office 2003 in April 2014, only issuing emergency patches for the operating system in 2017 and 2019 to prevent worms from spreading. It means that Putin is using an obsolete OS that Microsoft has long advised people to abandon.

Putin is a noted technophobe with a disdain for smartphones who doesn’t like using the internet either. He’s also no dummy, so before you begin facepalming, it’s worth digging into the detail. First off, he’s a former KGB officer well versed in intelligence and information gathering, and he understands what omnichannel communication does to a leader’s attack surface. Also, when you get to that level of authority, you can just have people come and whisper things to you while you gaze thoughtfully into the distance and stroke the hounds.

The other reason is more procedural. Russia wouldn’t officially allow Putin to use a more up-to-date version of Windows for anything meaningful involving state secrets, according to state documents. XP appears to be the last system certified by the country’s Federal Service for Technical and Export Control (FSTEC). FSTEC extended its own certification of Windows XP until December 2016, but with that date long since past it isn’t clear what happened next. The Service admits in those documents that using XP past the expiry date is dangerous. It explained [translated]:

…the termination of the release of updates for certified versions of the Windows XP operating system in combination with the probable discovery of new vulnerabilities in them will lead to the possibility of realizing threats to the security of confidential information processed in these information systems. In addition, it is forecasted an increase in interest in the Windows XP operating system from certain categories of violators.

FSTEC apparently extended its certification for XP to allow for the introduction of another certified operating system. Russia has long planned to move to its own OS, a version of Linux called Astra, which is now gaining traction. In the meantime, the Service has advised governmental Windows XP users to disconnect from the internet and from corporate LANs, which suggests that Putin might be, like, really into Minesweeper right now.

Russia’s government has taken an increasingly adversarial stance to Western technology of late. In November, it banned the sale of smartphones, computers and smart TVs that don’t have Russian software pre-installed. That came shortly after it signed a law enabling it to control access to content – both inside and outside Russia – if it decides that there is an emergency. That’s effectively a parallel internet that would also enable Russia to raise the drawbridge if it decided that it didn’t like the rest of the internet anymore.

In any case, Putin’s isn’t the only example of a modern institution still using Windows XP. British nuclear submarines do as well, but it’s a special custom version. We also don’t know what FSTEC and its partners might have done to tinker with the version that Putin’s using.

We just really hope that he’s using Office 2000, complete with Clippy, the annoying* virtual avatar that kept butting in to offer unwanted assistance. We can just imagine the message: “It looks like you’re trying to destabilise another country’s democratic process using an army of fake social media accounts. Would you like help?”

* Although someone a has soft spot for Clippy…