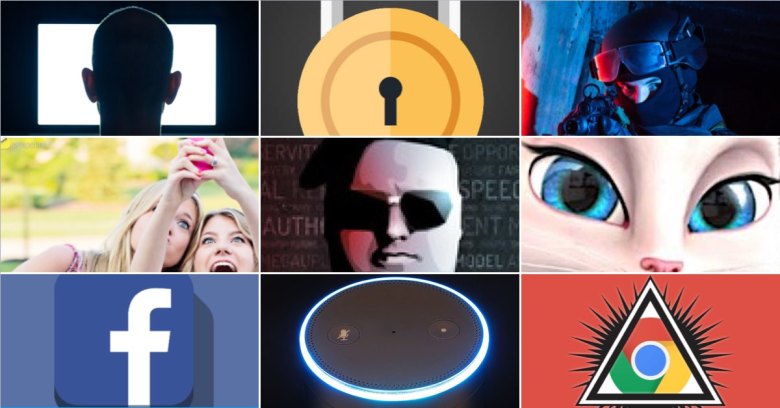 From a totally made-up hoax that shocked the world, through a social networking app that promised what it couldn’t deliver, to a larger-than life cybercelebrity who was busted in a military-scale takedown operation…

…here’s our take on the megaissues of the past decade.

From the bizarre, through the crazy, all the way to the outright impossible – there’s still plenty to learn from all these stories.

Want to see who has viewed your Facebook profile? Take care…

This sort of scam is still a huge problem. Crooks offer you a way to access “unauthorised” features in your favourite apps or social networks – but you have to sign up, or hand over lots of personal data, or install a shady app first.

New hoaxes appear all the time, and old ones come round regularly. The problem is that people share them just in case they’re true, even when they clearly aren’t, and that keeps them going… and going, and going.

Larger-than life New Zealand entrepreneur Kim Dotcom ran the world’s biggest file sharing site, Megaupload. The authorities didn’t like that, and moved in for a massive arrest and takedown. Dotcom is still fighting extradition to the USA – but this is how the saga started.

Snapchat images that have “disappeared forever” stay right on your phone…

What a cool idea! A social network where your risque and cheeky selfies would self-destruct after a few seconds – all the fun with none of the embarrassment. Turns out that truly deleting data is much harder than you think.

The Talking Angela witch hunt – what on earth is going on?

A cartoon cat that can chat to you. Innocent fun? Or a front for child abuse? After years of background rumours, millions of people started openly accusing this app of being a front for paedophilia, even though there wasn’t a shred of truth in any of the claims.

3 ways to get busted on the Dark Web

By 2015, the Dark Web’s infamous “Silk Road” online souk had been shut down, and its operator, Ross Ulbricht, was in prison for life. But how could that have happened if the Dark web is meant to be anonymous and secret?

“Locky” ransomware – what you need to know

Ransomware attacks started in earnest back in 2013, with the Cryptolocker ransomware. “Locky” is one of the other early ransomware names that everyone remembers – and by the time Locky was widespread, it was pretty clear that ransomware was a threat that wasn’t going away…

Know the risks of Amazon Alexa and Google Home

Voice assistants like Alexa and Google Home burst on the scene in a blaze of understandable popularity. But do they enhance your lifestyle, or threaten your privacy? We tell you what you need to know.

This year’s biggest story so far turns out not to be about data breach, or a ransomware attack, or a massive cybercrime bust… but about a security bug in Chrome that even Google thought was bad enough to advise, “Like, seriously, update your Chrome installs… like right this minute.”