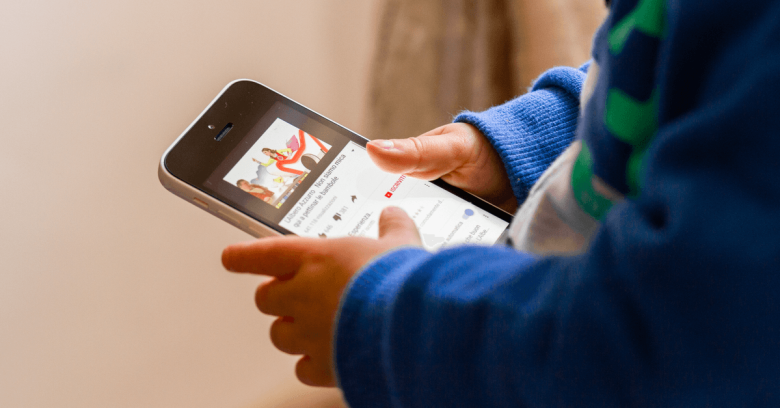 In September, the Federal Trade Commission (FTC) wrist-slapped Google for flagrantly, illegally sucking up kids’ data so it could target them with ads.

On Monday, as part of its agreement with the FTC and the New York attorney general over violating the federal Children’s Online Privacy Protection Act (COPPA), YouTube said it was beginning to apply its changes.

The big one: rather than trying to verify that users are over the age of 13, it’s just going to treat all content aimed at kids as if it is watched by kids (which it well may be, particularly when it comes to videos about, say, gaming, animation or toys), regardless of age of the viewer, and it’s going to COPPA-ify that content.

That means that if you’re making content that’s deemed to be aimed at kids, YouTube’s going to treat anybody who watches it as if they’re under the age of 13, regardless of how old a user actually is. As per federal COPPA guidelines, that means that YouTube will limit data collection and use and, hence, the serving up of personalized ads on such videos.

It sounds like a reasonable enough proposition, unless you’re one of the many content creators who’ll suffer the consequences of having their videos shunted to the cobwebby basement that is YouTube’s category of “for kids” – a place where, creators say, content crawls off to die from acute lack of revenue.

One content creator, Chadtronic, believes that flagging a video as “made for kids” will mean it makes significantly less money and will be far harder to find. He didn’t provide a source for his claims, but as Ars Technica reports, they’re being spread by other creators. 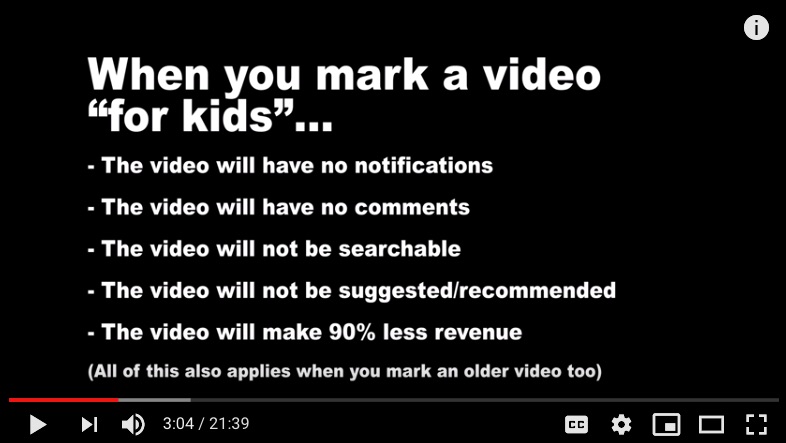 (Screenshot is from Chadtronic’s video linked above.)

Actually, his “90% less revenue” claim is the only one that’s questionable. As for the other claims, YouTube itself asserted them in its post on Monday: as YouTube said on its official blog, limiting data collection and use comes with a chokehold on product features such as the ability to comment, live chat, notifications, stories, save to playlist, and more.

So what happens if the creators simply eschew the “for kids” label? They could get their pants sued off by the FTC, that’s what.

Andrew Smith, Director of the FTC’s Bureau of Consumer Protection:

During a press conference to announce the $170 million fine in September, FTC Chairman Joseph Simons got explicit about the FTC’s willingness to sue content creators:

When we talk about aggressiveness, we are typically talking about civil penalties. Not only can we sue Google and YouTube for compliance with COPPA, but also individual channel owners and content creators.

No wonder content creators are panicking: COPPA fines can run up to a blistering $42,530 per violation. Mind you, the creators who could be personally subject to such fines neither collect, receive, nor have access to children’s user data – but still, they could be on the hook for violating the law if they don’t flag their videos as “made for kids.”

COPPA applies [to content creators] in the same way it would if the channel owner had its own website or app.

Chairman Simons compared creators who don’t comply with COPPA to “fish in a barrel” – with the FTC holding the gun – at 15:10 during the press conference announcing the fine.

The factors it will consider: