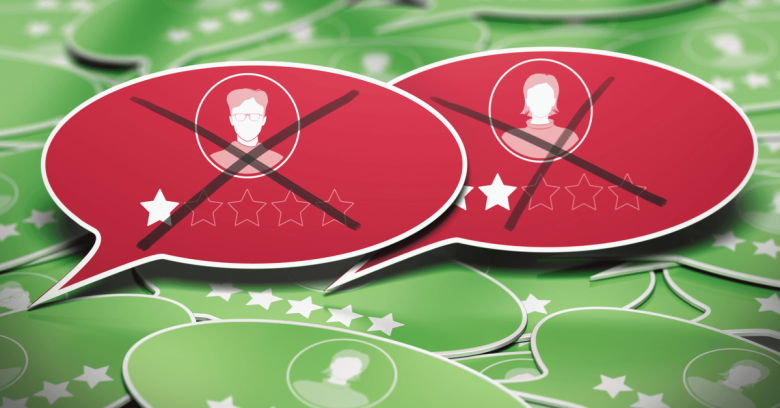 You guys are hosting a thriving marketplace for shills, charlatans and sockpuppets, the UK’s watchdog told Facebook and eBay in June 2019, after finding over 100 eBay listings selling fake reviews and 26 Facebook groups offering to buy or sell them.

We’re on it, the two platforms said in response to the poke from the Competition and Markets Authority (CMA). On Wednesday, the CMA announced that both tech behemoths have pledged to fight the trade in fake/misleading reviews and that they’ve both already made good on that pledge.

Both of the US companies have also agreed to institute measures to help prevent faux reviews, or the buying/selling of them, from appearing in the future. For its part, Facebook says it plans to introduce more robust systems to detect and remove such content, while eBay says it’s beefed up its existing filters to better identify and block listings for the sale or trade of bunk.

The CMA says that after sussing out Facebook and eBay fake reviews, the watchdog went on to discover a trade in bogusness on Instagram. Parent company Facebook has committed to looking into the issue, and the CMA says it will be looking for a commitment from Facebook to do something about these things as they arise in the future.

On Wednesday, the CMA reiterated what it said in June: that it doesn’t think the companies are intentionally letting the content appear on their platforms. It’s also mighty pleased that they’re taking this seriously.

Here’s a statement from Andrea Coscelli, chief executive of CMA:

Fake reviews are really damaging to shoppers and businesses alike. Millions of people base their shopping decisions on reviews, and if these are misleading or untrue, then shoppers could end up being misled into buying something that isn’t right for them – leaving businesses who play by the rules missing out.

We’re pleased that Facebook and eBay are doing the right thing by committing to tackle this problem and helping to keep their sites free from posts selling fake reviews.

Oh, and by the way? You better strap on your seatbelts, review sites: part of the CMA’s task at hand is to suss you out, too.

That will surprise absolutely nobody, given the exasperation that’s been expressed over say, TripAdvisor, for one. Remember the #noreceiptnoreview campaign from 2015? The one where people asked the mega-popular review site to insist on screenshots of receipts before approving new reviews?

That campaign was started by a restauranteur. Sure, people care about reviews, but businesses live or die on them. There have been a bunch of studies looking at how big a difference those little stars can make: According to one from Harvard Business School, a one-point improvement in a restaurant’s score on Yelp could boost its revenue by as much as 5-9%… while a one-star decrease could lead to a 5% revenue sag.

How to sniff out BS, shills, sockpuppets and charlatans

Hyperventilating, marketing-speak, multiple copy-paste reviews that are all exactly the same: those are only some of a long list of “this is dross!” give-aways. Here are a few actual reviews spotted in the wild and posted by Consumerist on its dated-but-still-useful list of 30 telltale signs:

Guacamole like my grandmother in Mexico used to make! Sure it was a little pricey, but worth every penny due to the large portion sizes and excellent service!

I had so much fun at happy hour, so many beautiful ladies! Spilled my margarita all over my shirt, and a gorgeous bartender dabbed it up for me and gave me a fresh one, on the house. I’m going back next week to see her again!

So positive! So detailed! So written by the same email address, one right after another, along with 10-12 others, as revealed by a site glitch!

As we’ve said before, watch out for extreme language, excess jargon straight out of a marketing or technical manual, or lack of detail about exactly why something’s uber fabulous or ultra lame. Also, if you’re looking for a hotel, in particular, you can run reviews through Review Skeptic: it’s an analyzer based on Cornell University research that uses machine learning to identify fake hotel reviews with nearly 90% accuracy.