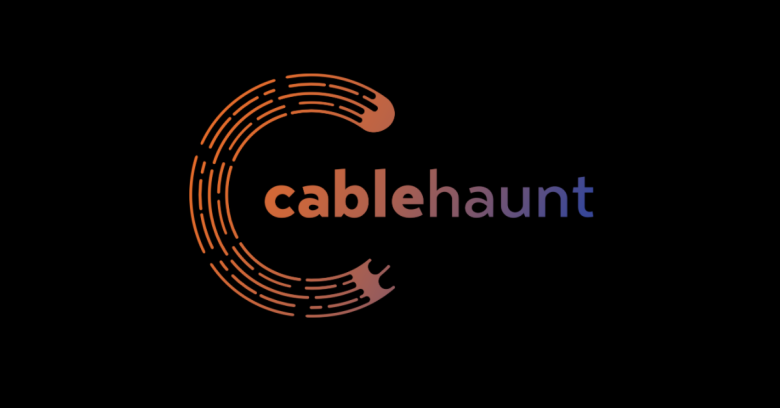 A fortnight in to 2020 and we have the first security flaw considered important enough to be given its own name: Cable Haunt – complete with eye-catching logo.

First discovered by Danish company Lyrebirds some time ago, Cable Haunt is an unusual flaw which in Europe alone is said to affect up to 200 million cable modems based on the Broadcom platform.

According to Lyrebirds, this analyser has several problems starting with the basic problem that the WebSocket interface used to control the tool from a web browser is unsecured.

Because parameters sent via this are not restricted by the modem, it accepts JavaScript running in the browser – which gives attackers a way in as long as they can reach the browser (although not in Firefox, apparently).

Using HTTPS instead of an exposed WebSockets would have dodged that bullet by implementing Cross-Origin Resource Sharing (CORS) security.

The researchers offer what looks like a valid reason for giving the issue a name – the desire to grab attention to a flaw they hint that some modem makers and ISPs have been ignoring since the company reported it to them in early 2019. The risk:

At this rate it would eventually leak out of our hands and into organizations with time and resources to take advantage of the vulnerability.

Lyrebirds thinks it knows why things have been moving so slowly too:

We are a small unknown crew with no reputation and could therefore not establish connection with any manufacturers directly, even though we tried.

The vulnerability affects cable modems using Broadcom’s reference software as part of their firmware, so the first thing is to work out whether your broadband connection is served using that technology combination (ones advertised as being fibre or ADSL are not affected).

Beyond that, because modem makers integrate the firmware for Broadcom modems to suit their own needs, the degree to which specific models using the software are affected is hard to predict.

The researchers list several models and firmware versions known to be at risk from Sagemcom, Technicolor, Netgear, and Compal, but they caution that this isn’t exhaustive.

The researchers have also made available a test script that more technical users can use to work out whether a modem is vulnerable. It’s a not a guarantee, however – even if it comes up negative, a modem might still be vulnerable, they caution.

The first piece of good news is that because cable modems are remotely managed, ISPs will apply a fix automatically when it becomes available.

The second piece of good news is that there’s no evidence attackers have exploited the flaw – yet.

When your ISP gets around to applying the fix will be up to them. Some might have quietly done so already but expect others to take longer. If the researchers couldn’t get modem makers and ISPs to talk to them, customers may not get much further.