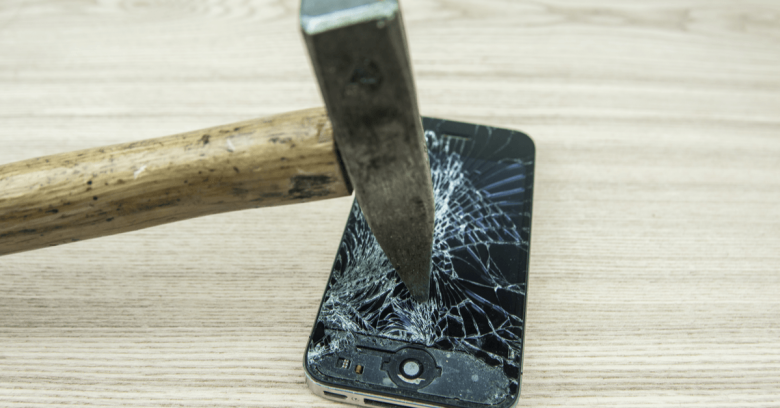 No surprise here: Apple has yet again said no to the FBI’s request to break iOS encryption – this time, as it investigates the 6 December mass shooting at a naval base in Pensacola, Florida.

No surprise redux: Attorney General William Barr is using Apple’s “No” as a “perfect” illustration of why “the public needs to be able to get access to digital evidence”. In other words, this is why we need a backdoor, the FBI says.

We have asked Apple for its help in unlocking the shooter’s phones. So far, Apple has not given any substantive assistance. This situation perfectly illustrates why it is critical that the public be able to get access to digital evidence once it’s received a court order based on probable cause.

In a press conference on Monday, Barr confirmed that the FBI’s investigation has uncovered multiple anti-American screeds posted by the killer, Mohammed Saeed Alshamrani, a member of the Saudi Royal Air Force who was taking flight classes in Florida. He murdered three young US Navy students and wounded eight others before being shot to death by authorities.

Barr said that the evidence points to the shooter being motivated by Jihadist ideology, as can be seen in messages Alshamrani posted to social media. One message stated that “the countdown has begun.” He posted messages up to two hours before the attack, and the FBI is keen to know who else he might have been communicating with.

During the shootings, Alshamrani took time out to shoot one of the phones. His second iPhone was also damaged. Barr said that it’s “virtually impossible” to get into the killer’s iPhones, but that it’s important to do so:

It is very important to know with whom and about what the shooter was communicating before he died.

The AG called on Apple and other technology companies to “help us find a solution so we can better protect the lives of the American people and prevent future attacks.”

In response, Apple said in a statement that it’s offered investigators a variety of information since the attack, including iCloud backups, account information and transactional data for multiple accounts in response to six legal requests.

Apple will keep working with the FBI, a spokesperson told The Hill, but it won’t put in a backdoor that would let law enforcement slip past encryption to read messages. Weakening encryption wouldn’t just get the FBI into a given iPhone, it said – it would cripple everybody’s security.

We have always maintained there is no such thing as a backdoor just for the good guys. Backdoors can also be exploited by those who threaten our national security and the data security of our customers.

Today, law enforcement has access to more data than ever before in history, so Americans do not have to choose between weakening encryption and solving investigations. We feel strongly encryption is vital to protecting our country and our users’ data.

This is the same rationale that Apple’s been using since its legal battle with the FBI over its demands that the company help it to unlock the iPhone of San Bernardino terrorist Syed Farook.

In 2016, the FBI versus Apple court case was withdrawn after the FBI said that it had succeeded in breaking into Farook’s encrypted phone with the use of an unspecified, third-party tool.

Just because the government withdrew its court case didn’t mean that it had abandoned the battle over end-to-end encryption, however, as Barr’s public call for a backdoor clearly shows.

What’s not clear is what the government plans to do next. Sue Apple? Introduce legislation outlawing end-to-end encryption?

Even if Apple were to agree to put in a backdoor, that wouldn’t mean that the FBI could then crack encryption on Alshamrani’s iPhones. But the question of whether it will press charges against Apple may be simply a question of strategy. As Barr said, this case “perfectly illustrates” why the government needs a backdoor.

Last night President Trump also weighed in to demand that Apple unlock the phones of criminals – the least they can do, given the support the tech company receives from the government:

We are helping Apple all of the time on TRADE and so many other issues, and yet they refuse to unlock phones used by killers, drug dealers and other violent criminal elements. They will have to step up to the plate and help our great Country, NOW! MAKE AMERICA GREAT AGAIN.

What remains to be seen: Whether the FBI’s failure to unlock Alshamrani’s iPhones gets used to make the government’s case against unweakened encryption within a courtroom or on Capitol Hill.

4 comments on “Apple says no to unlocking shooter’s phone; AG and Trump lash back”