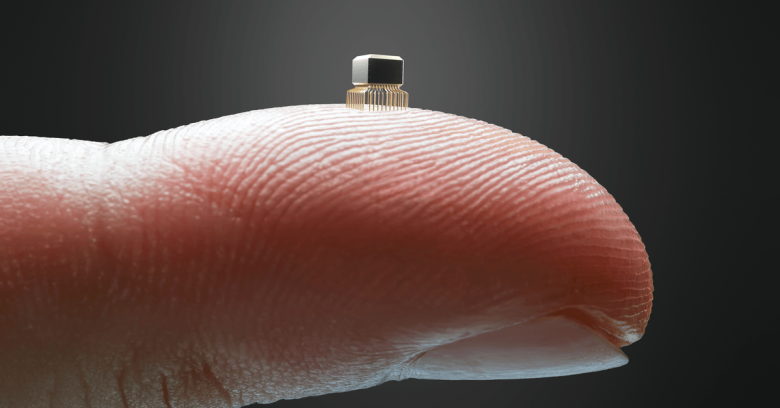 You’ve got two choices, employee: a) let us slide a syringe between your thumb and index finger so we can inject a rice-sized microchip into your hand that can be used as a swipe card to open doors, clock in, operate printers or buy junk out of the snack machine, or b) find another job.

An improbable scenario? Yes. It doesn’t happen – at least not if employees say no… For now. And the US state of Indiana wants to make sure it stays that way.

Last week, the state House of Representatives unanimously passed legislation – House Bill 1143 – stipulating that employers can’t force their employees to have an ID or tracking chip implanted in their bodies as a condition of employment. The bill passed the House 96-0 and is now heading to the Senate for consideration.

The bill’s sponsor, Rep. Alan Morrison, acknowledged that there aren’t any companies in Indiana – or anywhere, for that matter – currently forcing workers to be chipped if they want to keep their jobs, but there are businesses using the technology on a voluntary basis. As the Indiana Lawyer reports, Morrison said that he wants to be sure employers don’t “overstep their bounds” by imposing mandatory employee microchipping.

Privacy is an important thing. I don’t think there’s anything wrong with us being a little out in front of something.

Sure thing, said State Rep. Karlee Macer, who voted for the bill. On the other hand, we could spend our time legislating about issues that actually exist. NWI quoted her:

Think of the hundreds of bills that are sitting and waiting and never getting a hearing. There are a lot of important things we need to be doing in the state of Indiana.

But it’s so convenient!

There are at least two businesses that are using optional microchipping in their employees: Swedish startup hub Epicenter and Wisconsin-based Three Market Square.

At Epicenter, the injections have become so popular, they have parties for employees willing to undergo the procedure, as CNBC reported about three years ago (it’s been going on for years, in other words). It sounds kind of like a bris, except something gets added instead of snipped off.

CNBC quoted Patrick Mesterton, Epicenter’s co-founder and CEO, who said – while unlocking a nearby door by waving his hand at it – that it beats a bunch of pocket-stuffers:

The biggest benefit I think is convenience. It basically replaces a lot of things you have, other communication devices, whether it be credit cards or keys.

Mesterton said that even he had his doubts initially. The technology does raise security and privacy issues: the chips are safe biologically, but they generate data about how often employees come to work or what they buy. While you can stifle company swipe cards or mobile phones, it’s quite another prospect to rip a chip out of your flesh.

And as far as squeamishness goes, Mesterton compared the microchip to all the medical gadgets we’re putting in our bodies these days:

I mean, people have been implanting things into their body, like pacemakers and stuff to control your heart. That’s a way, way more serious thing than having a small chip that can actually communicate with devices.

For what it’s worth, Wisconsin-based Three Market Square also had a chipping party for willing employees back in August 2017. Their feedback: it was “just a little prick.”

According to the Chicago Tribune, officials said that the data in the microchip is encrypted and doesn’t use GPS, so it can’t be used to track employees or obtain their private information.

Hey, we’ve been microchipping our dogs and cats for years. What do you think, readers: ready to hold out your paws?

32 comments on “Employers can’t force you to get microchipped, Indiana reps say”