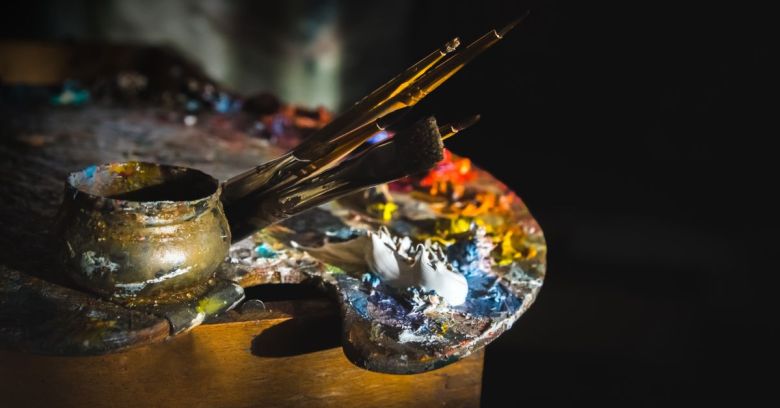 “We got scammed!” said a London art dealer after business email compromise (BEC) scammers inserted themselves into a months-long conversation about the sale of a £2.4 million (USD $3.1 million) John Constable painting, spoofing their emails to make it look like the messages came from Simon C. Dickinson Ltd.

“No, we got scammed,” said the Dutch museum Rijksmuseum Twenthe, which now has the work by the 19th century English landscape painter and whose money got whisked away by fraudsters who transferred the funds to a Hong Kong account.

According to Claims Journal, lawyers for the two organizations have pointed fingers at each other’s clients, telling a London High Court that it was the other guy’s duty to maintain email security or to independently confirm that the bank details it received were legitimate.

That’s what BEC scammers do: they spoof emails to convince a target that they’re supplying product X in order to receive payment Y, so please make sure to send payment to bank account blah-blah-blah.

Rijksmuseum Twenthe, a museum based in Enschede, Netherlands, tried to file eight claims over the heist of its payment for the landscape painting, including that Dickinson owed it “a duty of care” to maintain reasonable email cybersecurity. Judge Mark Pelling dismissed the museum’s application but said it could seek an alternative way to claim for damages and try again to amend its claims against Dickinson.

Oh, puh-leeez, said Dickinson’s lawyer, Bobby Friedman, who told the court that the museum should have taken the basic step of independently confirming that the bank details received in an email were genuine.

How could the art dealer have known there was fraud afoot? It would have been horrified it if had known, he said. Claims Journal quoted Friedman’s written submissions:

Instead of accepting the reality of the situation, the museum has reacted by pursuing a series of hopeless claims against SCD, in the hope of pinning the blame for the museum’s mistake on SCD.

But Dickinson did know, according to the museum’s lawyer, Gideon Shirazi. Its negotiators were in on the email conversations but did nothing to point out that the emails were spoofed to look like they came from Dickinson, he told the court:

Silence would give rise to an implied representation. By saying nothing, they said everything.

Dickinson still hasn’t been paid. The museum still has the painting and won’t give it up, Friedman told the court. Thus, the dealer can’t sell the piece elsewhere, and it can’t pay the (undisclosed) owner, he said.

According to NL Times, the painting in question is A View of Hampstead Heath: Child’s Hill, Harrow in the Distance, a masterpiece of rolling hills and fleecy clouds that are as easy to put handcuffs onto as the hackers who got away with all that money.

Cabarrus County, which fell for a BEC scam to the tune of $1,728,083, which it paid to a scammer posing as a building contractor says it’s doing just that: it’s hired an accounts payable (AP) consultant and tasked her with redesigning its vendor processes, and it says that it’s held training for staff and also implemented external checks to validate data received by the county.

Watch out for typos
As we saw in the case of crooks who nabbed the proceeds from that $150K home sale, the fraudster did what fraudsters often do: they made an (albeit tiny) punctuation/English usage mistake. Namely, they omitted a possessive apostrophe.

One comment on “Fraudsters posed as art dealer, bilked museum for millions”