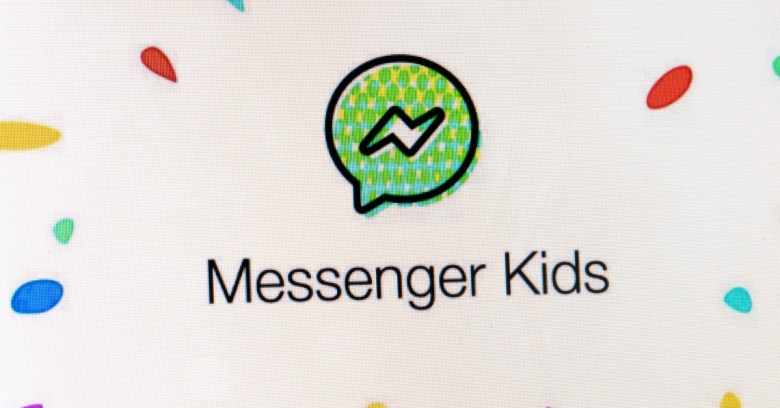 Seven months after a crack formed in the keep-the-kids-safe bubble of Facebook’s Messenger Kids chat app, it’s beefing up the app’s Parent Dashboard with new tools and letting parents read their kids’ chat histories, see the most recent videos and photos they sent or received, and delete any content they find objectionable.

On Tuesday, product manager Morgan Brown said in an announcement that on top of the new tools and features for parents to manage their child’s experience in Messenger Kids, the company has also updated the app’s privacy policy to include additional information about its data collection, use, sharing, retention and deletion practices.

Facebook is pulling kids into that “what are you doing with my data?” conversation: it’s developed an in-app activity that educates them on what other people can see about them, such as that people they know may see their name and photo and that parents can see and download their messaging content.

To get to the Parent Dashboard, tap the shortcut menu in the Facebook app and scroll to the Messenger Kids icon. If you have multiple kids using Messenger Kids, select the name of the child whose account you’d like to manage to access their specific dashboard. These are the new features you’ll find:

Recent Contacts and Chat History: See who your child is chatting with, whether they’re video chatting or sending messages, and how frequently those conversations happened over the past 30 days.

Log of Images in Chats: Peek into their inbox to see the most recent photos and videos your child has sent and received. There you can remove any inappropriate content from your child’s message thread and report it.

Reported and Blocked Contacts History: Access a list of the reporting and blocking actions your child has taken in the app. You’ll see a list of the contacts they’ve blocked and/or unblocked, whether they’ve reported any messages, any contacts they’ve reported, and the reason why. Parents will continue to be notified via Messenger if their child blocks or reports someone.

Remote Device Logout: Parents can see all devices where their child is logged in to Messenger Kids and log out of the app on any device. Facebook notes that this isn’t meant to control when kids have access to the app – that’s what Sleep Mode is for.

New ways for kids to block for themselves

Facebook has also simplified the way that kids block contacts in the app, enabling them to unblock somebody on their own if they want to restart one-on-one chatting. Parents will still be able to view chats with blocked contacts by looking at their kid’s inbox. Kids and their blocked contacts will remain visible to one another, and they’ll stay in shared group chats, but the blocker and the blocked contact won’t be able to message each other individually. Kids will also receive a warning if they return to, or are added to, a group chat that includes a blocked contact, and can leave group chats at any time.

The new features and privacy policy are built on what Facebook says is its continuing dialogue with “thousands of parents, parenting organizations, child safety advocates and child development experts about the need for a messaging app that lets kids have fun connecting with friends and family while giving parents control over the experience”.

With two out of three parents wishing they had more control over their kids’ online experiences,* we’ve continued our dialogue with parents and experts around the world to ensure we’re providing a messaging app that works for families.

You well may ask that that asterisk’s all about. In fact, that “2 out of 3 parents” wanting more control statistic comes out of a survey commissioned by Facebook. It’s not an unbelievable number, by any stretch of the imagination, but it harkens back to another (paid) bunch of experts that the platform consulted with prior to the release of Messenger Kids.

Experts did not, in fact, initially welcome Messenger Kids with open arms. A 2018 Wired report found that Facebook funded its favorite child health experts to vet the app before it debuted while skirting the toughest nonprofits working in the field of child safety and development: Common Sense Media and Campaign for a Commercial Free Childhood. Those nonprofits told Wired that they’d only learned of the app until weeks or days before its debut.

In January 2018, a coalition of 97 child health advocates asked Facebook to torch the app, citing “a growing body of research [that] demonstrates that excessive use of digital devices and social media is harmful to children and teens” and that the app is likely to “undermine children’s healthy development.”

Facebook hatched Messenger Kids just a month – December 2017 – prior to the ditch-it campaign, having decided to bring messaging to the age 6-12 clutch of Facebook users-to-be.

Messenger Kids was designed to be compliant with the Children’s Online Privacy Protection Act (COPPA). Congress enacted the legislation in 1999 with the express goal of protecting children’s privacy while they’re online. COPPA prohibits developers of child-focused apps, or any third parties working with such app developers, from obtaining the personal information of children aged 12 and younger without first obtaining verifiable parental consent.

It won’t have ads, Facebook promised, nor in-app purchases, and kids’ data isn’t collected for marketing: a good way to sidestep pesky legal entanglements like the class action that looked to sue Facebook after people’s kids spent hundreds of dollars on in-game purchases for Ninja Saga.

No siree, no gunslinging chickens or picnic-lugging bears, courtesy of your online-game-loving offspring, will drain your bank account via Messenger Kids, Facebook assured us.

It all sounded like a good, safe bubble to put the kids into, but that bubble has developed cracks. In June 2019, Facebook found what it called a “technical error”: a hole in the supposed closed-loop messaging system that allowed children to join group chats with people their parents hadn’t approved.

Hopefully the new tools and features won’t introduce any new cracks in that bubble. Unfortunately, it would be an understatement to say that software has a tendency to spring surprises on its developers, as do the tech platforms themselves.

Having said that, here’s another piece of armor to help protect the kids:

If you’re concerned about what your kids can get at on their smartphones, then good – you should be. It’s scary out there. In this video, Matt Boddy explains how you can restrict what they can access.