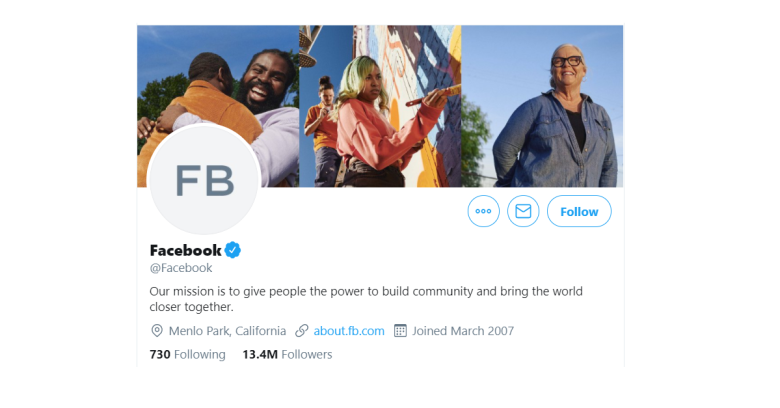 Last Friday, in full glare of the world, Facebook admins suddenly found themselves in an unseemly struggle to wrestle back control of the company’s Twitter accounts from attackers that had defaced them.

Normally, these accounts trumpet new platform features or other assorted worthy accomplishments. But on Friday afternoon, a different type of tweet suddenly appeared:

Hi, we are OurMine

The now deleted message continues by offering the services of OurMine to anyone wanting to improve their account security.

It reportedly took the admins around 30 minutes to retake control of the feed, with one observer recording how messages from the hijackers were posted, deleted, and reposted several times before Facebook’s admins gained the upper hand.

Despite some headlines suggesting otherwise, this may not have been a direct hack of Facebook’s Twitter account.

As with the recent OurMine attack on the US National Football League (NFL), it looks as if the tweets were posted via third-party marketing platform called Khoros that had access to the accounts.

Created in 2018 from the merger of two previous companies, Spredfast and Lithium, Khoros is a platform used by large companies to manage multiple social media accounts while analysing the impact of the campaigns they run.

Khoros hasn’t officially admitted its involvement, but it has disabled access after what it described as a “phishing attack that allowed a bad actor access to our platform.” And mobile access to the platform remains suspended while Khoros works “to align the recent security enhancements to our platform with the app.”

OurMine has a history of finding these sorts of weaknesses. Until recently, the group had been quiet since 2017, having earlier successfully hijacked the Twitter accounts of Wikipedia co-founder Jimmy Wales, Google CEO, Sundar Pichai, Facebook’s Mark Zuckerberg and even Twitter’s own co-founder, Jack Dorsey.  Some of those were connected to link-shortening service, Bitly.