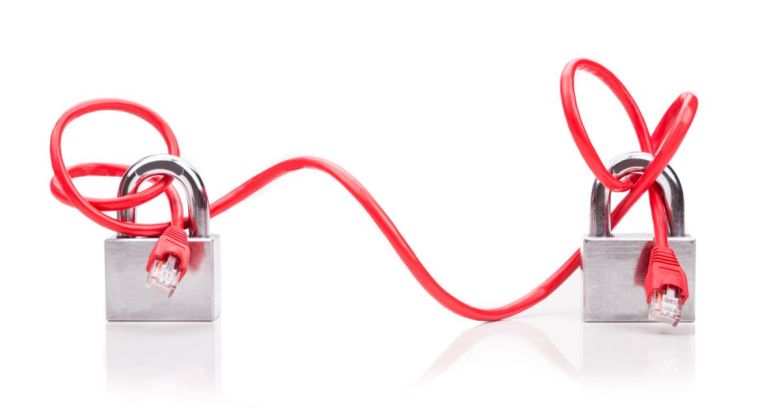 While we’re all distracted by stockpiling latex gloves and toilet paper, there’s a bill tiptoeing through the US Congress that could inflict the backdoor virus that law enforcement agencies have been trying to inflict on encryption for years.

At least, that’s the interpretation of digital rights advocates who say that the proposed EARN IT Act could harm free speech and data security.

Sophos is in that camp. For years, Naked Security and Sophos have said #nobackdoors, agreeing with the Information Technology Industry Council that “Weakening security with the aim of advancing security simply does not make sense.”

The first public hearing on the proposed legislation took place on Wednesday. You can view the 2+ hours of testimony here.

Called the Eliminating Abusive and Rampant Neglect of Interactive Technologies Act (EARN IT Act), the bill would require tech companies to meet safety requirements for children online before obtaining immunity from lawsuits. You can read the discussion draft here.

Here’s how the Electronic Frontier Foundation (EFF) frames the importance of Section 230:

Section 230 enforces the common-sense principle that if you say something illegal online, you should be the one held responsible, not the website or platform where you said it (with some important exceptions).

EARN IT is a bipartisan effort, having been introduced by Republican Lindsey Graham, Democrat Richard Blumenthal and other legislators who’ve used the specter of online child exploitation to argue for the weakening of encryption. This comes as no surprise: in December 2019, while grilling Facebook and Apple, Graham and other senators threatened to regulate encryption unless the companies give law enforcement access to encrypted user data, pointing to child abuse as one reason.

What Graham threatened at the time:

You’re going to find a way to do this or we’re going to go do it for you. We’re not going to live in a world where a bunch of child abusers have a safe haven to practice their craft. Period. End of discussion.

One of the problems of the EARN IT bill: the proposed legislation “offers no meaningful solutions” to the problem of child exploitation, as the EFF says:

It doesn’t help organizations that support victims. It doesn’t equip law enforcement agencies with resources to investigate claims of child exploitation or training in how to use online platforms to catch perpetrators. Rather, the bill’s authors have shrewdly used defending children as the pretense for an attack on our free speech and security online.

If passed, the legislation will create a “National Commission on Online Child Sexual Exploitation Prevention” tasked with developing “best practices” for owners of Internet platforms to “prevent, reduce, and respond” to child exploitation online. But, as the EFF maintains, “Best practices” would essentially translate into legal requirements:

If a platform failed to adhere to them, it would lose essential legal protections for free speech.

The “best practices” approach came after pushback over the bill’s predicted effects on privacy and free speech – pushback that caused its authors to roll out the new structure. The best practices would be subject to approval or veto by the Attorney General (currently William Barr, who’s issued a public call for backdoors), the Secretary of Homeland Security (ditto), and the Chair of the Federal Trade Commission (FTC).

How would the bill end end-to-end encryption?

The bill doesn’t explicitly mention encryption. It doesn’t have to: policy experts say that the guidelines set up by the proposed legislation would require companies to provide “lawful access”: a phrase that could well encompass backdoors.

CNET talked to Lindsey Barrett, a staff attorney at Georgetown Law’s Institute for Public Representation Communications and Technology Clinic who said that the way that the bill is structured is a clear indication that it’s meant to target encryption:

When you’re talking about a bill that is structured for the attorney general to give his opinion and have decisive influence over what the best practices are, it does not take a rocket scientist to concur that this is designed to target encryption.

If the bill passes, the choice for tech companies comes down to either weakening their own encryption and endangering the privacy and security of all their users, or foregoing Section 230 protections and potentially facing liability in a wave of lawsuits.

Kate Ruane, a senior legislative counsel for the American Civil Liberties Union, had this to say to CNET:

The removal of Section 230 liability essentially makes the ‘best practices’ a requirement. The cost of doing business without those immunities is too high.

Tellingly, one of the bill’s lead sponsors, Sen. Richard Blumenthal, told the Washington Post that he’s unwilling to include a measure that would stipulate that encryption is off-limits in the proposed commission’s guidelines. This is what he told the newspaper:

I doubt I am the best qualified person to decide what best practices should be. Better-qualified people to make these decisions will be represented on the commission. So, to ban or require one best practice or another [beforehand] I just think leads us down a very perilous road.

The latest in an ongoing string of assaults on Section 230

The EARN IT Act joins an ongoing string of legal assaults against the CDA’s Section 230. Most recently, in January 2019, the US Supreme Court refused to consider a case against defamatory reviews on Yelp.

In March 2018, we also saw the passage of H.R. 1865, the Fight Online Sex Trafficking Act (FOSTA) bill, which makes online prostitution ads a federal crime and which amended Section 230.

But would it stop online child abuse?

Besides the proposed bill containing no tools to actually stop online child abuse, it would actually make it much harder to prosecute pedophiles, according to an analysis from The Center for Internet and Society at Stanford Law School. As explained by Riana Pfefferkorn, Associate Director of Surveillance and Cybersecurity, as it now stands, online providers proactively, and voluntarily, scan for child abuse images by comparing their hash values to known abusive content.

The key word is “voluntarily,” Pfefferkorn says. Those platforms are all private companies, as opposed to government agencies, which are required by Fourth Amendment protections against unreasonable search to get warrants before they search our digital content, including our email, chat discussions, and cloud storage.

That means the EARN IT Act would backfire for its core purpose, while violating the constitutional rights of online service providers and users alike.

Besides the EFF, the EARN IT bill is facing opposition from civil rights groups that include the American Civil Liberties Union and Americans for Prosperity, Access Now, Mozilla, the Center for Democracy & Technology, Fight for the Future, the Wikimedia Foundation, the Surveillance Technology Oversight Project, the Consumer Technology Association, the Internet Association, and the Computer & Communications Industry Association.

Earlier this month, Sen. Ron Wyden, who introduced the CDA’s Section 230, said in a statement that the “disastrous” legislation is a “Trojan horse” that will give President Trump and Attorney General Barr “the power to control online speech and require government access to every aspect of Americans’ lives.”

Read my full statement on the disastrous EARN IT Act, which will give Bill Barr and Donald Trump more control over the internet: pic.twitter.com/LF9WF2F5dV

Wyden’s statement didn’t specifically mention encryption, but his office told Ars Technica that when “[the senator] discusses weakening security and requiring government access to every aspect of Americans’ lives, that is referring to encryption.”