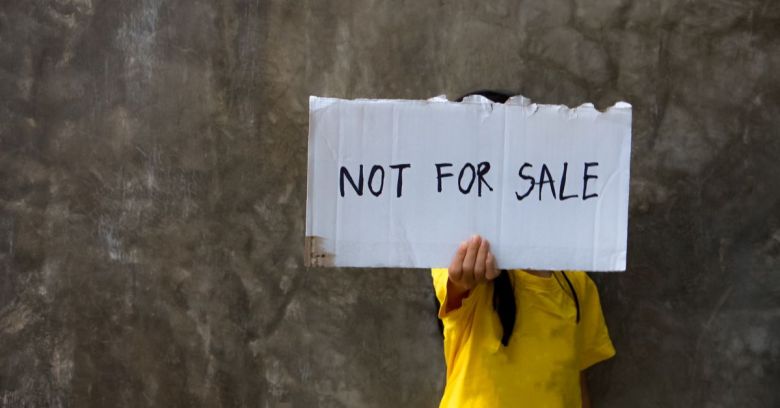 Does your life suck?

If so, like many of us, you may have posted about your money troubles, your low self-esteem, or your relationship problems on social media or dating sites. But while it may feel good to vent, and while such posts may garner sympathy that can soothe the pain, the FBI is warning that human traffickers are attracted to the details of our misery like bees to honey.

Human trafficking victims are beaten, starved, deceived, and forced into sex work or agricultural, domestic, restaurant, or factory jobs with little to no pay.

Many of us in the US unknowingly encounter trafficking victims as we go about our days, the FBI says, given that both the perpetrators and their prey come from all backgrounds and work in all areas. The bureau says that victims have been recovered in rural areas, small towns, the suburbs, and large cities.

Have you gotten an offer from somebody who said they were recruiting for a job? Or perhaps they claimed to be a modeling agent? Those are some of the fronts that traffickers hide behind, the FBI says, and it often starts with online grooming as they offer opportunities for a better life or a better job.

Human traffickers target vulnerable individuals by preying on their personal situations. Online platforms make it easier for traffickers to find potential victims, especially those who post personal information, such as their financial hardships, their struggles with low self-esteem, or their family problems.

Human traffickers target and recruit their victims by appearing to offer help, or pretending to be a friend or potential romantic partner. They leverage their victims’ vulnerabilities and coerce them to meet in person. After establishing a false sense of trust, traffickers may force victims into sex work or forced labor.

As the FBI warned in August 2019, it’s also seen an increase in recruitment of money mules through dating sites.

Forced into slavery and prostitution

The FBI gave a few examples of victims who were recruited through popular online platforms:

In the US, victims in immediate danger should call 911.

Specially trained Anti-Trafficking Hotline Advocates can give support in more than 200 languages. As of Tuesday, the hotline was fully operational, though the pandemic is forcing the hotline to refrain from answering general questions about trafficking or volunteering.

The FBI also provides a list of other agencies or centers you can contact. Find details in their bulletin.

In the UK, if you suspect human trafficking, Citizens Advice says you can…

The IC3 asks that victims keep all original documentation, emails, text messages, and other communication logs if you’ve been victimized or think you’ve been targeted. Don’t delete anything before law enforcement has a chance to review it.

If you file a complaint about online scams, they ask that you be as descriptive as possible in the complaint form by providing:

“It is helpful for law enforcement to have as much information as possible to investigate these incidents,” the FBI says, but you don’t need to provide all of that to submit a complaint.

That nice person who reached out to you online and then offered you food and a place to stay? Or who told you you’re the love of their life? Or that they’ve got a great job for you, in a new country with great pay and opportunity galore? Or how about a chance at a modeling career?

They might not be nice at all. They might well be peddling moonbeams. They could even be a predator whose real aim is to sell you. Increasingly, that’s exactly what they’re after, as the IC3 relates.

It’s hard to choose where to start when it comes to offering advice on staying safe online, but here’s as good a spot as any: How to have the difficult stay-safe conversation with kids. Those of us adults who frequent dating sites, or who could use a decent-paying job, are also targets. Check out our tips for staying safe on social media and on dating sites.

Please remember, if it’s coming from the internet and sounds too good to be true, it likely is.