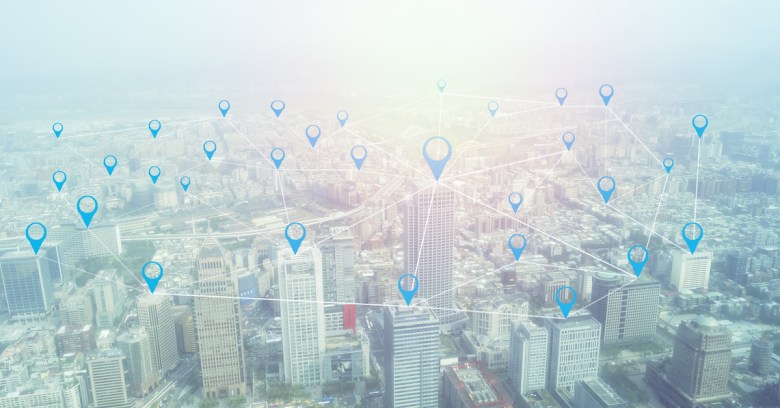 Welcome to Hong Kong, traveler, and to the mandatory, Disney MagicBand-esque tracking wristband we’re about to slap onto your potentially infectious arm.

The city-state had already been requiring arrivals from mainland China to self-isolate at home for 14 days. But as the area undergoes a COVID-19 resurgence, mostly brought in by travelers coming from European, US and Asian countries, it’s now enforcing the quarantine on all incoming travelers, with the wristbands helping to ensure that they adhere to movement restrictions.

The government announced on Monday that starting at midnight on Thursday (19 March), it was planning to put all arriving passengers under a two-week quarantine and medical surveillance.

On Wednesday evening, Government Chief Information Officer Victor Lam told reporters at the airport that the Privacy Commissioner for Personal Data had been consulted about the technology and had assured everybody that it won’t threaten people’s privacy.

The app will not capture, directly, the location. It will only capture the changes in location, especially the telecommunication signals around the confinee, to ensure that he’s staying at home.

Hong Kong confirmed 16 new cases of coronavirus on Thursday, bringing the city’s total to 208, according to the South China Morning Post. The new cases – 11 men and five women, aged 19 to 51 – had traveled to Europe, Britain and/or Canada. Hong Kong’s chief executive, Carrie Lam, said that of the 57 new cases Hong Kong recorded in the past two weeks, 50 were travelers from overseas.

Declan Chan, a Hong Kong resident who returned from Zurich on Tuesday and who was required to put on one of the wristbands at the airport, told CNBC that it felt “a bit weird” because of “privacy reasons,” but that he understood why it had to be done.

I was just expecting we’d have to fill out a form. I didn’t realize there would be a wristband.

The form Chan filled out suggested that passengers had the option of sharing their location data with the government either via messaging platforms, like WeChat and WhatsApp, or by agreeing to wear the electronic wristband. The government must have rethought that either/or option, given that Chan soon learned that the messaging apps weren’t actually an option and that all passengers must wear the wristbands.

Chan told CNBC that he was instructed to walk around the corners of his house once he got home, so that the technology could precisely track his geofence: i.e., the coordinates of the living space where he’d remain under quarantine.

The wristbands pair with a smartphone, and they aren’t easy to remove. The government says that it won’t directly capture location – only the changes in location, “especially the telecommunication and communication signals around the confinee to ensure that he (or she) is staying at home.”

If the wristband is broken or the smartphone is disconnected or taken away from the confinee’s geofence, an alert will be sent to the Department of Health and Police.

And just to make sure that people haven’t somehow subverted the technology location tracking, the government has a backup plan: surprise calls. From the government’s press release:

The staff at the communication centres set up by the Office of the Government Chief Information Officer will check the location of people under quarantine from time to time and make surprise video calls to ensure that they are staying at their dwelling places.

CNBC got hold of a handout now being to passengers. It threatens fines or imprisonment for those who mess with the quarantines:

A person who contravenes or knowingly gives false information to Department of Health is liable on conviction to a $5000 HKD (USD $644) fine and to imprisonment for 6 months.

Chan doesn’t feel like he’s being needlessly surveilled. In fact, he finds it comforting to be in a place where the government is taking the pandemic seriously, unlike, say, places where government allows people to flock to Florida beaches, hug each other in evangelical church meetings (“This Bible school is open because we’re raising up revivalists, not pansies.”), or stand shoulder to shoulder as they watch Disneyworld fireworks or cram into a bar to celebrate St. Patrick’s Day.

It’s quite safe to be in Hong Kong where the situation of the virus is now in control.