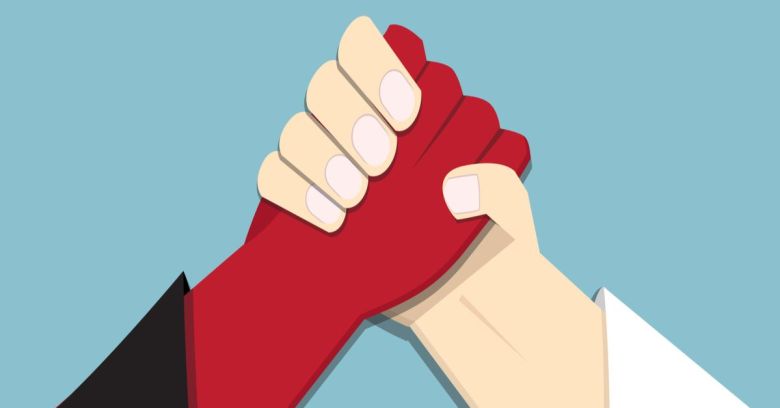 How fast does malware spread? Does it spread faster than security patches for zero days?

And what about fake news? Could the World Health Organization (WHO) ever manage to spread reliable information about COVID-19 protection strategies faster than misinformation? Such as, for example, the incorrect claim that gargling with salt water prevents the virus from penetrating cells in the throat?

Researchers say yes: Good data can beat bad data in the race to spread. In a paper published on Friday, researchers from North Carolina State University (NC State) and the Army Research Office have demonstrated a new model of how competing pieces of information spread in online social networks and the Internet of Things (IoT).

The model uses network topology that includes factors such as network size, how interconnected it is, and which networks slow down data with bottlenecks caused by a limited number of nodes. The researchers suggest that their findings could be used to quickly disseminate accurate information so as to displace false information about anything – from computer security to public health.

It would be like figuring out exactly where to make an injection so that a vaccine goes to work faster than the illness it’s battling, according to Jie Wang, a postdoctoral researcher at NC State and first author of the paper.

Ultimately, our work can be used to determine the best places to inject new data into a network so that the old data can be eliminated faster.

According to the findings, a network’s size matters when it comes to the speed of good data displacing bad data. Bigger isn’t always better, though: rather, the speed at which good data travels is primarily affected by network structure.

A highly interconnected network can disseminate new data very quickly. And the larger the network, the faster the new data will travel.

However, in networks that are connected primarily by a limited number of key nodes, those nodes serve as bottlenecks. As a result, the larger this type of network is, the slower the new data will travel.

The researchers created an algorithm that they used to assess where, exactly, to inject new data so that it can spread as fast as possible.

Wenye Wang, co-author of a paper on the work and a professor of electrical and computer engineering at NC State:

Practically speaking, this could be used to ensure that an IoT network purges old data as quickly as possible and is operating with new, accurate data.

Jie Wang, a postdoctoral researcher at NC State and first author of the paper, says that the findings are applicable to social networks in that they could be used to optimize the speed at which accurate information spreads when it comes to subjects that affect the public: for example, it could be used to battle the spread of misinformation.

That’s an important fight, given what can be the life-threatening consequences of misinformation’s fast spread.

For example, in 2018, Facebook banned the mass-forwarding of messages in its WhatsApp chat app, following people getting lynched in a fake-news crisis that seized India, Myanmar and Sri Lanka. Last week, Facebook confirmed that it may do the same with Facebook Messenger, in an effort to lasso the runaway forwarding of COVID-19 fake news and rumors.

The paper, “Modeling and Analysis of Conflicting Information Propagation in a Finite Time Horizon,” was published in the journal IEEE/ACM Transactions on Networking.