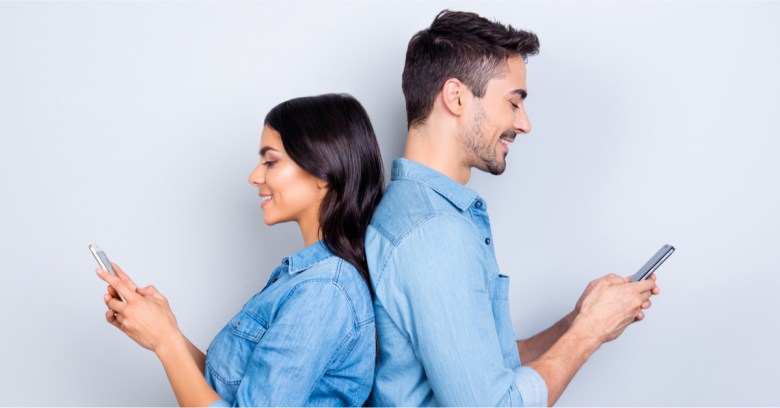 Facebook on Tuesday released a new couples-only messaging app that gives you a place to get “as mushy, quirky, and silly” with your bae as you do in front of each other even when you’re apart, keeping it to yourselves and thus avoiding setting off nausea in others.

It’s a place to build a digital scrapbook together, Facebook said in its Apple App Store Preview description. You can use the app – which Facebook has dubbed “Tuned” – to chat and to share your mood, photos, music, love notes and more, or to create a shared, daily “diary of special moments.”

Then again, you can also use it to privately break up with your smiley-rainbow-end, as pointed out in one 5-star review:

In its brief life to date, the new private messaging app has earned a 3.2 rating from 58 users. It would be better if it had more stickers and GIFs, said one 4-star review:

How do you illustrate a breakup? I would vote for a GIF of Betty White explaining that she feels …

… like crawling under the covers and eating Velveeta right out of the box.

Tuned is only available on the App Store for iPhone and iPad at this point. You don’t have to have a Facebook account to use it, though you do have to be over the age of 13 and you do have to fork over your phone number.

The prospect of having to give Facebook a phone number yielded multiple “Yea, um, no” app reviews: not entirely surprising, given Facebook’s history of dealing with user data.

The app comes from Facebook’s New Product Experimentation (NPE) team, which was formed in July 2019 to create new, experimental social media apps for whatever nooks and crannies that the team imagines are undersaturated with such. In February, the team launched its first app, called Hobbi, which lets users document their creative work by sharing photos and videos.

As the BBC points out, Tuned claims to be a “private space” for couples, but it’s apparently not private enough to warrant the end-to-end (E2E) encryption of Facebook’s WhatsApp messaging app.

One imagines that if Facebook doesn’t toss in the towel on the Tuned or other NPE experiments, it might come to pass that the apps could in fact get E2E encryption at some point. That, after all, is what Facebook has pledged about its messaging apps.

Much to the displeasure of lawmakers and law enforcement, Facebook’s plan includes slathering the E2E encryption of WhatsApp – which keeps anyone, including law enforcement and even Facebook itself, from reading the content of messages – onto Messenger and Instagram.