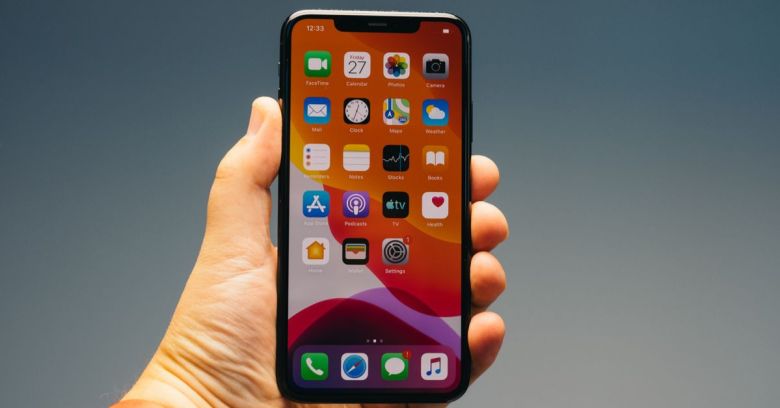 A weird combination of Unicode characters that make up a nonsense word can crash your iPhone, apparently by confusing the iOS operating system when it tries to figure out how to display the “word”.

(We say apparently because we have an iPhone 6+, which is stuck back on iOS 12, and we couldn’t get our phone to crash, although we’ve seen one person on Twitter claiming that their iOS 12 device was affected.)

If you’re a regular Naked Security reader, you’ll have a feeling not just of having read this before but of having read it before before, because we covered similar troubles for iOS back in 2013 and in 2018.

And it’s not only Apple that has been in the firing line here, with the WhatsApp software having similar issues in the past dealing with legal-but-unusual character code combinations, and leading to what was described at the time as a “text bomb“.

The good news is that although all these flaws can cause serious annoyance and make your phone unresponsive, possibly requiring a hard reboot…

…there’s no permanent damage, no malware installed, no data stolen and no other nasty cybsersecurity side-effects to go with it.

But it does sound like a pretty annoying problem.

Back in 2013, Apple’s “text to crash them all” relied on unusually laid out writing in Arabic; the 2018 Apple bug was caused by the complicated character-combining rules of the Telugu language; and WhatsApp’s 2018 problem was a long sequence of special codes that told the software to switch over and over again between writing left-to-right and writing right-to-left.

This time, as far as we can tell, it’s Arabic characters that have again been used to provoke the processing bug that causes iPhones to get bogged down.

We don’t know how to read Arabic writing, or indeed the text of any Semitic language, but we do know that the writing systems of these languages generally differ from most European languages.

For example, Semitic languages are usually written from right-to-left, and they often don’t bother writing vowels, assuming that the reader can supply the missing sounds from experience, in much the same way that we know instinctively what is meant when we see English pseudo-words such as RSPCT, XCLLNT and NKD SCRTY.

Of course, there are some words that even a well-read student of Arabic might not be sure how to say aloud, such as the names of foreign people and places, or phrases for which correct pronuniciation is considered important, such as names and words of religious significance, or words that are confusingly ambiguous without some extra help.

The orthographic answer is to provide so-called diacritical marks to denote missing vowels where needed. (The equivalent in European languages are symbols such as accents, cedillas and other top-or-bottom squiggles that clarify punctuation or adjust the sound of a syllable.)

French, for example, has a separate character encoding for each of, say, E, E-with-an-acute-accent, A, A-grave, and so on.

But if the French language allowed every character from A to Z to take any or all accents in varying mixtures, there would be far too many possible combinations to list them all as unique code points in the Unicode set.

Indeed, that’s the problem you would have if you tried to create a distinct character code for every possible combination of letter-and-diacritic in every possible layout in a language such as Arabic, so the answer is to use so-called “combining characters” instead.

Unfortunately, that can lead to algorithmic complications for computerised text-management, because the computer can’t just set one character at a time and move onto the next.

As far as we can tell, then, the dubious “word” in the current iPhone “message-of-death – shown recently on Twitter in a video by popular Apple fan EverthingApplePro – is constructed by taking a simple word that no-one would have trouble with…

…and jamming it full of repeated, redundant and contradictory vowel markings that can’t usefully be turned into a real word at all.

(If someone said to you, “Please write the word BAD,” and then demanded you to spell it with three Es, two Us, a few Is and five carets squeezed in tightly somehow between the A and the D, you wouldn’t spend hours trying to find a layout that could fit all the little characters in given that the outcome would be a kind of illegible nonsense anyway – you’d assume the instructions were garbage and ignore them.)

In fact, if Google Translate is to be believed, the “word” that we have seen offered online to provoke this crash, when shorn of its confusing and contradictory vowel and syllable diacritics and written normally, is apparently the Urdu word for bad, roughly pronounced bara.

As close as we can get in English, the crash-me version of the word is confusingly padded out to be something more like this:

(The diacritic denoted above as * is SUKUN, used to clarify that there isn’t actually a vowel sound at all, despite numerous and repetitious vowel markers having preceded it in this case.)

So, in making sense of a ludicrously bad encoding of the word bad, it seems that Apple apps that try to print it on screen get locked up in a processing loop that eventually makes the phone dysfunctional for a while.

According to EverythingApplePro on Twitter, you can stand down from red alert if someone who thinks they’re being funny sends you a message notification with this “word of death” in it.

Eventually, the app trying to process the character will crash and you can start again (though deleting the message before it shows up again might be a challenge).

Or you can simply do a hard reboot of your iPhone and get control back by turning it off and back on.

Apparently, the next release of iOS, currently at iOS 13.4.5 Beta and due soon, has a fix for this bug so you won’t have to worry about it for too long.

In the meantime, as tempting as it might be and as “mostly harmless” as it might feel, don’t send messages of this sort to your friends as a misguided attempt at a joke.

We suspect there may be many other similar Unicode character combinations that might trigger this text-munging flaw, so we suggest you simply assume that rather than trying to find out new ones that online messaging services won’t yet know how to [REDACT] for safety.

In short, enjoy this story, but don’t use it as a reason to go bad yourself.