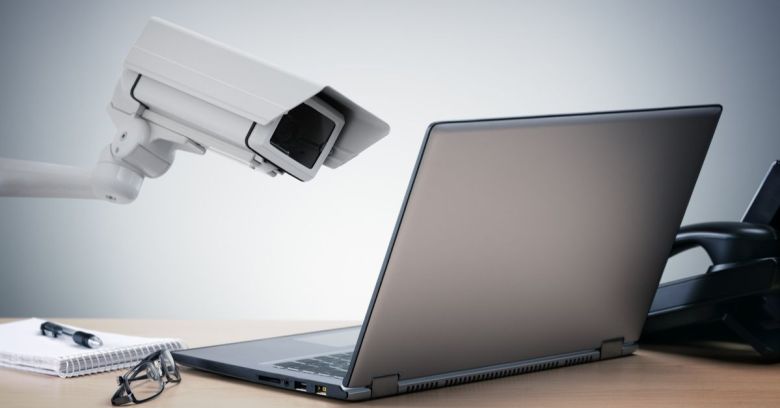 People are spending a lot of time online these days. They’re helping kids with homework, looking up prices for a sick parent’s prescriptions, or visiting who knows what websites in search of who knows what content: researching the pandemic, hanging out virtually with friends, shopping, or whatever else floats their boats.

Unfortunately, the answer to the “who” in “who knows what” is “the government.” Last week, the Senate narrowly missed an opportunity to protect Americans’ web histories from government surveillance.

On Thursday, an amendment to the controversial Patriot Act fell short by a single vote. The final tally was 59-37, but the amendment needed at least 60 votes to pass.

The amendment, sponsored by Senator Ron Wyden, would have expressly excluded internet browsing and history from what the government is allowed to collect through the approval of a secret court established by the Foreign Intelligence Surveillance Act (FISA).

The Patriot Act, designed as a response to the intelligence failures leading up to the 9/11 terrorist attacks, was signed into law by President George W. Bush in October 2001. Twelve years later, former National Security Agency (NSA) contractor Edward Snowden leaked classified documents that revealed how the law was being used to snoop on everything and everybody.

In June 2015, the Patriot Act was replaced by the USA Freedom Act: a bill meant to clip the NSA’s spying powers by slightly inconveniencing its metadata collection from US citizens and introducing more accountability and transparency for it and the FISA court.

Last week’s Senate vote to reauthorize the USA Freedom Act brings the surveillance bill one step closer to becoming law. The bill originally passed in the House in March, got amended last week in the Senate to pick up additional legal protections for some individuals targeted by the FISA court, and now heads back to the House for a vote on the newly amended version. If the new version passes the House, it will then land on President Trump’s desk.

The USA Freedom Reauthorization Act restores government powers that expired in March with Section 215 of the Patriot Act.

Some history on Section 215: in 2001, it amended Title V, Section 501 of FISA, allowing intelligence agencies to collect metadata on calls (known as call detail records, or CDRs) that it stores in repositories and secure networks. Section 215 allows the government to demand “tangible things,” such as records deemed relevant to terrorism investigations.

The metadata has been used to secretly surveil Americans, sometimes for purposes that have absolutely nothing to do with protecting the country from terrorists, such as snooping on former girlfriends.

According to The Hill, besides reauthorizing Section 215, The USA Freedom Reauthorization Act also would reauthorize two expired programs: One dealing with “lone wolf” suspects who aren’t tied to any known terrorist organization, and another on “roving” wiretaps that allow the federal government to track a suspect across multiple devices.

Donald Trump has called for investigations of his political enemies. Attorney General Barr has injected himself into investigations that affect the personal or political interests of Donald Trump. All it would take is for some innocent American’s web browsing history to be deemed relevant to one of those investigations, and the government could start collecting it.

And then it wouldn’t even matter whether that web browsing history had anything to do with the original goal of the investigation. For any number of reasons, the web browsing history of that innocent American could reveal personal, even embarrassing information that could then be used against him or her.

The Senate passed the reauthorization act on an 80-16 vote.

The ban on collecting web histories without a warrant needed 60 votes to pass. It only got 59. As Vox points out, the vote was particularly frustrating given that four senators didn’t vote on the amendment at all, and at least one would have voted yes.

Wyden, the sponsor of the failed amendment, voted against the reauthorization. He put out this statement about the dangers of the act:

The legislation hands the government power for warrantless collection of Americans’ web browsing and internet searches, as well as other private information, without having to demonstrate that those Americans have done anything wrong, or even were in contact with anyone suspected of wrongdoing.

Without further reform of these vague and dangerous Patriot Act authorities, Congress is inviting more secret interpretations of the law and more abuses.