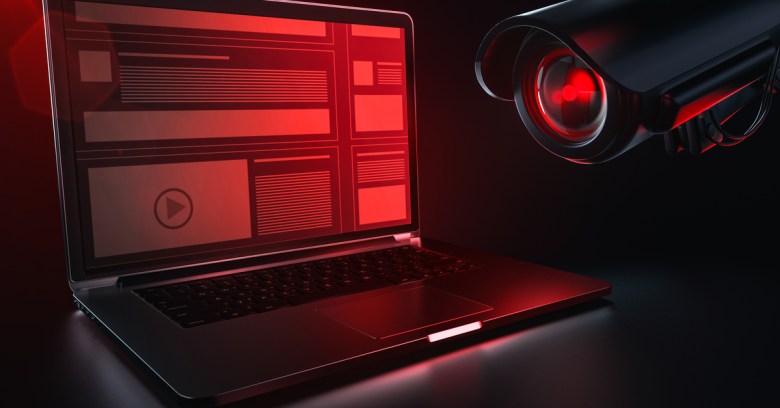 Earlier this month, the US Senate narrowly voted to renew warrantless collection of Americans’ web-browsing histories.

This week, the US House of Representatives is expected to consider the act that reauthorizes that warrantless data collection: the USA Freedom Reauthorization Act. The House already passed the reauthorization act, sent it to the Senate, and will this week consider the Senate’s tweaks before sending it to President Trump for his signature.

On Friday, leading up to the House’s vote later this week, a group of seven internet companies and organizations suggested that legislators just might want to rethink the legislation’s disregard for Americans’ privacy.

They wouldn’t have had to put together a plea to protect American’s online privacy if an amendment to the bill had passed in the Senate. Unfortunately, it didn’t: the amendment to curtail warrantless web history search missed passage by only one vote when four senators didn’t show up for the Senate’s vote.

This is where your web-browsing predilections come in

The reauthorization act restores government powers that expired in March with Section 215 of the Patriot Act.

Ah, the Patriot Act – that privacy-invading waste of time and taxpayer money. In February, The New York Times reported on a newly declassified study that found that a boondoggle of a surveillance program empowered by the Patriot Act cost $100 million from 2015 to 2019 but yielded only a single, solitary, significant investigation. In fact, over those four years, analyzing logs of American’s phone calls and text messages only twice generated information that the FBI didn’t already know.

And inside that boondoggle of the Patriot Act is Section 215: in 2001, it amended Title V, Section 501 of FISA, allowing intelligence agencies to collect metadata on calls (known as call detail records, or CDRs) that it stores in repositories and secure networks. Section 215 allows the government to demand “tangible things,” such as records deemed relevant to terrorism investigations.

The metadata has been used to secretly surveil Americans, sometimes for purposes that have absolutely nothing to do with protecting the country from terrorists, such as snooping on former girlfriends.

In a nutshell, Section 215 currently allows the government to collect the web browsing and internet searches of Americans without a warrant. Senator Ron Wyden, who voted against reauthorization of the Freedom Act and who co-authored the failed amendment to stop warrantless web surveillance, noted that the powers conferred by Section 215 have been “secretly interpreted and abused in the past.”

The use of these authorities to spy on innocent Americans’ web browsing and search histories is a screaming alarm warning us of future abuses.

Senators Wyden and Steve Daines had submitted an amendment to the reauthorization act that would have protected the web-browsing privacy rights of Americans. It failed by a hair, garnering 59 votes out of the 60 it needed to pass. Some of the senators who had pledged to outlaw warrantless web history browsing and internet search didn’t show up for the vote, making it even more frustrating for those who would rather keep people’s searches private unless the government gets a warrant.

In the wake of the amendment’s failure to pass in the Senate, the group of seven internet entities have put in another call for privacy, this time to the House.

The group argue that our search and browsing history paint a vivid picture of our most intimate private lives:

Search and browsing history can provide a detailed portrait of our private lives. It may reveal medical conditions, religious beliefs, and personal relationships, and it should be protected by effective legal safeguards.

The seven entities said that some of them didn’t collect the information to begin with. Mozilla, which develops the Firefox browser, put up a blog post pointing out that the browser has privacy features such as Enhanced Tracking Protection and DNS-over-HTTPS (DoH) – a privacy technology that is now the default setting for US users of Firefox.

It’s worth noting that the Brave browser has been found to be the least likely to leak unique identifying information about the computer using it when compared with Chrome, Firefox, Safari, Edge and Yandex.

Browser competition aside, the seven internet entities said that they all have multiple things in common when it comes to government snooping on web histories:

Some of us do not collect this information; some of us have pressed the courts to adopt a higher standard for this data; all of us believe this information should only be produced with a warrant. Congress should take this opportunity to resolve any potential ambiguity and provide strong legal protections for all search and browsing history.

The group said that privacy and security are essential to the economy, to businesses, and to the “continued growth of the free and open internet.” If the House succeeds in pulling back warrantless surveillance in its upcoming vote, that growth can continue, the seven entities said:

By clearly reaffirming these protections, Congress can help preserve user trust and facilitate the continued use of the internet as a powerful contributing force for our recovery.

The group pointed to the significant, bipartisan support for the Wyden/Daines amendment in the Senate: an amendment that would have protected Americans’ browsing history privacy.

This provision attracted the support of a Senate supermajority, and consumer groups and businesses across America. It enjoys broad bipartisan support among members of the House of Representatives, and should be included if the House reauthorizes the USA FREEDOM Act.

Congress should take this opportunity to resolve any potential ambiguity and provide strong legal protections for all search and browsing history.