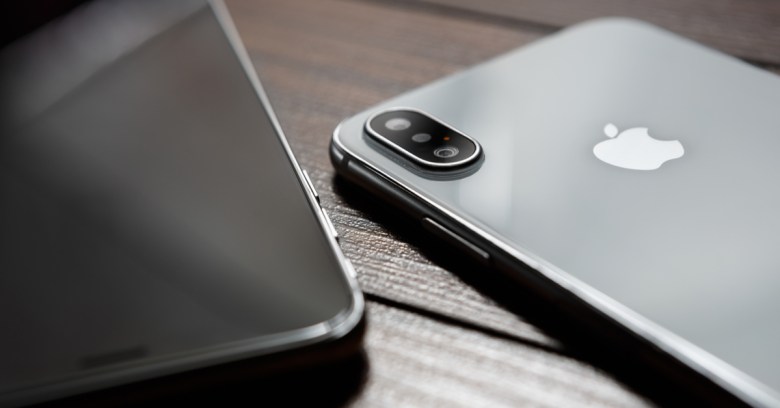 Roberto Escobar’s company has reportedly filed a $2.6 billion lawsuit against Apple for purportedly having lame-o security – security so bad, his address purportedly got leaked through FaceTime and has led to subsequent assassination attempts.

According to TNW and TMZ, former accountant and co-founder of the Medellín drug cartel Roberto Escobar, brother to the now deceased drug kingpin Pablo Escobar, is claiming that his iPhone X nearly killed him.

According to the lawsuit, Escobar bought an iPhone X back in April 2018. One year after the purchase, Roberto claims he got a life-threatening letter from someone named Diego who claimed to have found Roberto’s address through FaceTime.

Escobar claims he purchased the X after he had a phone call with an Apple support employee who assured him that the device was “the most secure on the market” and “will never be” vulnerable to any exploits in the future.

Having a secure phone was of utmost importance to Roberto, given that he’d already faced assassination attempts. In December 1993, he was blinded in one eye after receiving a letter bomb that also injured two prison guards.

Escobar claims that in spite of Apple’s assurances about the security of the X, he received strange FaceTime calls. In fact, in January 2019, Apple scrambled to fix an eavesdropping FaceTime bug that enabled snoopers to see their targets’ video feeds, to hear what they were saying, and even to hear what other people in the room were saying.

Escobar claims that the bug led to his receiving a life-threatening letter in January 2019. He says he was forced to go into hiding.

Apple hadn’t returned inquiries from news outlets as of Thursday evening. Escobar Inc. did, though. As TNW reports, the firm is taking this lawsuit quite seriously. From its report:

Olof Gustafsson, Escobar Inc’s CEO, told us that the “court has already accepted [their] lawsuit” and Apple must respond within 30 days of this notice. If it doesn’t, Escobar Inc. will “win [by] default.”

When I asked what they expected to happen, Gustafsson told me that “Apple is aware of its many faults, and this [wouldn’t] be the first time they… pay for it.” According to him, Escobar Inc. “will not surrender [their] case until [they] win.”

According to TNW, there are three causes of action behind the suit:

That’s quite a lot of moolah. What are Escobar’s chances of getting it?

That’s hard to say. Some think that the suit is too ludicrous to even come close to becoming an actual trial. After all, when’s the last time that marketing assurances on a support call were pulled in as rock-solid evidence of a contract? … If ever?

As far as the $2.6 billion figure goes, well, that’s not the biggest fine we’ve ever seen bandied about. For one, the Federal Trade Commission (FTC) fined Facebook nearly twice that – $5 billion – for fumbling our data in July 2019.

Is this just a publicity stunt to sell gold-plated iPhones, which Escobar explains is his “way of fighting Apple”? If so, it wouldn’t be the first time that Escobar has gone after Apple. Earlier this year, he launched a $349 “unbreakable”, foldable gold smartphone, or what the Daily Mail described as a “rebranded Samsung Galaxy Fold covered in gold tinfoil.”

At the same time, he announced that his lawyers were preparing a $30 billion class-action lawsuit against Apple – a company he dubbed a bunch of scammers selling overpriced junk. From Digital Trends:

They are scammers, and now we are preparing the class-action lawsuit. They are cheating the people and selling worthless phones to consumers, overpriced. My lawyers have been ready for long time, but before I sue them and give money back to the people which they deserve, I wanted to show them that my product is much better.

We want Apple to give some of their illegal profits back to the people. I will make sure of it. I have spent almost $1 million just on lawyers to begin this lawsuit.

Information security is always intriguing, but this? This is popcorn-worthy.

5 comments on “Pablo Escobar’s brother sues Apple for $2.6b over FaceTime flaw”