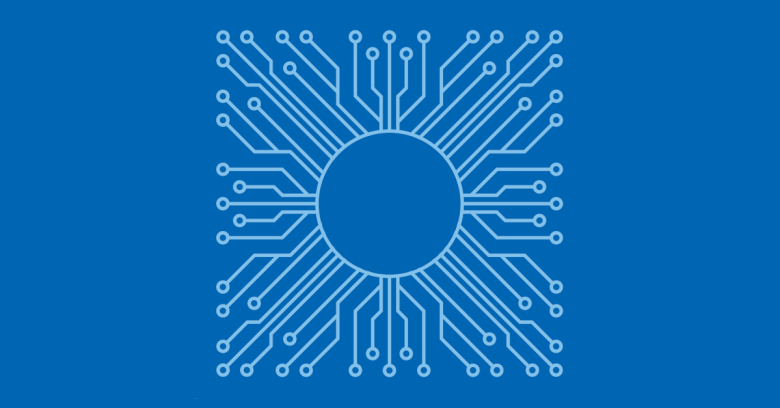 This week, Intel patched a CPU security bug that hasn’t attracted a funky name, even though the bug itself is admittedly pretty funky.

Known as CVE-2020-0543 for short, or Special Register Buffer Data Sampling in its full title, it serves as one more reminder that as we expect processor makers to produce ever-faster chips that can churn through ever more code and data in ever less time…

…we sometimes pay a cybersecurity price, at least in theoretical terms.

If you’re a regular Naked Security reader, you’re probably familiar with the term speculative execution, which refers to the fact that modern CPUs often race ahead of themselves by performing internal calculations, or partial calculations, that might nevertheless turn out to be redundant.

The idea isn’t as weird as it sounds because modern chips typically break down operations, that look to the programmer like one machine code instruction, into numerous subinstructions, and they can work on many of these so-called microarchitectural operations on multiple CPU cores at the same time.

If, for example, your program is reading through an array of data to perform a complex calculation based on all the values in it, the processor needs to make sure that you don’t read past the end of your memory buffer, because that could allow someone else’s private data to leak into your computation.

In theory, the CPU should freeze your program every time you peek at the next byte in the array, perform a security check that you are authorised to see it, and only then allow your program to proceed.

But every time there’s a delay in finishing the security check, all the microarchitectural calculation units that your program would otherwise have been using to keep the computation flying along would be sitting idle – even though the outcome of their calculations would not be visible outside the chip core.

Speculative execution says, amongst other things, “Let’s allow internal calculations to carry on ahead of the security checks, on the grounds that if the checks ultimately pass, we’re ahead in the race and can release the final output quickly.”

The theory is that if the checks fail, the chip can just discard the internal data that it now knows is tainted by insecurity, so there’s a possible performance boost without a security risk given that the security checks will ultimately prevent secret data being disclosed anyway.

The vast majority of code that churns through arrays doesn’t read off the end of its allotted memory, so the typical performance boost is huge, and there doesn’t seem to be a downside.

Except for the inconvenient fact that the tainted data sometimes leaves behind ghostly echoes of its presence that are detectable outside the chip, even though the data itself was never officially emitted as the output of a machine code instruction.

Notably, memory addresses that have been accessed recently typically end up cached inside the chip, to speed up access in case they’re needed again soon, because that improves performance a lot. Therefore the speed with which memory locations can be accessed generally gives away information about how recently they were peeked at – and thus what memory address values were used – even if that “peeking” was speculative and was retrospectively cancelled internally for security reasons.

Unfortunately, any security shortcuts taken inside the core of the chip may inadvertently leave discernible traces that could allow untrusted software to make later inferences about some of that data.

Even if all an attacker can do is guess, say, that the first and last bits of your secret decryption key must be zero, or that the very last cell in your spreadsheet has a value that is larger than 32,767 but smaller than 1,048,576, there’s still a serious security risk there.

That risk is often compounded in cases like this because attackers may be able to refine those guesses by making millions or billions of inferences and greatly improving their reckoning over time.

Imagine, for instance, that your decryption key is rotated leftwards by one bit every so often, and that the attacker gets to “re-infer” the value of its first and last bits every time that rotation happens.

Given enough time and a sufficiently accurate series of inferences, the attackers may gradually figure out more and more about your secret key until they are well-placed enough to guess it successfully.

(If you recover 16 bits of a decryption key that was supposed to withstand 10 years of concerted cracking, you can probably break it 216 or 65,536 times faster than before, which means you now only need a few hours.)

In the case of the Special Register Buffer Data Sampling bug, or CVE-2020-0543, the internal data that might accidentally leak out – or, more precisely, be coaxed out – of the processor chip includes recent output values from the following machine code instructions:

The good news is that guessing someone else’s most recent RDRAND values doesn’t automatically and instantly give you the power to decrypt all their files and network traffic.

The bad news, as Intel itself admits:

And researchers at the Vrije Universiteit Amsterdam and ETH Zurich have published a paper called CROSSTALK: Speculative data leaks across cores are real (they did come up with a funky name!) which explains how the CVE-2020-0543 flaw could be exploited, concluding that:

The cryptographically-secure RDRAND and RDSEED instructions turn out to leak their output to attackers […] on many Intel CPUs, and we have demonstrated that this is a realistic attack. We have also seen that […] it is almost trivial to apply these attacks to break code running in Intel’s secure SGX enclaves.

Intel has released a series of microcode updates for affected chips that dial back speed in favour of security to mitigate these “CROSSTALK” attacks.

Simply put, secret data generated inside the chip as part of the random generator circuitry will be aggressively purged after use so it doesn’t leave behind those “ghostly echoes” that might be detected thanks to speculative execution.

Also, access to the random data generated for RDRAND and RDSEED (and consumed by EGETKEY) will be more strictly regulated so that the random numbers generated for multiple programs running in parallel will only be made available in the order that those programs made their requests.

That may reduce performance slightly – every program wanting RDRAND numbers will have to wait its turn instead of going in parallel – but ensures that the internal “secret data” used to generate process X’s random numbers will have been purged from the chip before process X+1 gets a look in.

Where to get your microcode updates depends on your computer and your operating system.

Linux distros will typically bundle and distribute the fixes as part of a kernel update (mine turned up yesterday, for example); for other operating systems you may need to download a BIOS update from the vendor of your computer or its motherboard – so please consult your computer maker for advice.

(Intel says that, “in general, Intel Core-family […] and Intel Xeon E3 processors […] may be affected”, and has published a list of at-risk processor chips if you happen to know which chip is in your computer.)