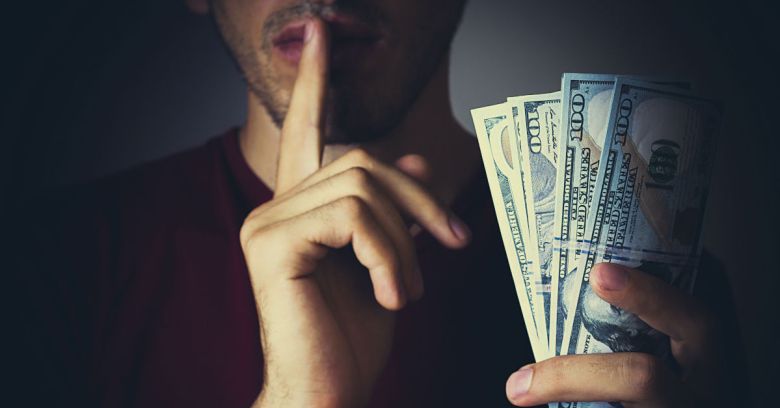 We suspect that you’ve not only heard of it but also received these odious and scary emails yourself – scary because no matter whether the crooks really have a video or not, the emails sign off with an aggressive blackmail demand for money…

…or else the video goes to all your family and friends.

The extortion amount varies, but it’s typically about $2000, payable via Bitcoin to a cryptocoin wallet specified in the email.

The idea is that if you pay up, the crooks will stop hounding you, delete the video and move on to another victim.

The thing is, there isn’t a video – after all, if there were, surely the crooks would send you a clip or still image from it as proof?

The criminals are just hoping that a few of the victims who receive their emails will pay up anyway out of fear, and at least some people do.

Watch on YouTube if the video won’t play here.

You’re probably not terribly surprised, then, to hear that the sextortion crooks are now turning their hands to what we’re calling “breachstortion”.

As you probably know, ransomware crooks are no longer just scrambling your data and demanding you to pay up to get it back.

They’re now upping the ante by stealing your data first and only then letting loose with their ransomware to scramble it all.

That way the crooks can hit you up with a double reason to pay up: buy back the decryption key and prevent us from telling the world we hacked you.

So the “breachstortion” crooks are copying this data breach-based approach, except that they’ve not actually hacked your network or your computer at all – it’s all a pack of outright lies:

SophosLabs has received quite a few emails along these lines, some as recently as today and others going back one or two months.

In all of them, the crooks give you five days to pay up by sending cryptocurrency to a Bitcoin wallet given in the email.

There are no email or website contact details in the message – the crooks tell you not to bother replying to the email at all, and there’s no website where you can trace your payment and see whether they’ve received the money.

Ironically, as the crooks themselves point out, “please note that Bitcoin is anonymous and no one will find out that you have complied.”

Presumably that’s meant to set your mind at rest by convincing you that the act of paying will not itself draw attention to your “breach”, even though it means you’re relying entirely on the crooks to keep track of which payments were made to “protect” which website’s data.

When ransomware crooks hit your network, you typically have no doubt about what just happened – in fact, the ransom demand typically ends up saved in a file right there on your desktop, often with a dramatic change in wallpaper to draw your attention to the attack.

In this case, there’s none of that – not least because there was no malware, no hack, no attack other than the extortion email.

Of course, in both sextortion and breachstortion cases, the claims the that crooks make are technically possible: webcams really do sometimes get hijacked by malware; and data breaches really do happen when crooks sneak in due to an unpatched security bug.

That raises the tricky question, “But what if it is true after all and the crooks really do have that video of me/all the data from my network?”

Well, even if you decide to believe the bluffers in cases like this, or have $2000 to spend and figure you might as well be safe than sorry, we nevertheless urge you not to pay up.

Firstly, if these crooks really did get your files, how do you know someone else didn’t get them too (we frequently write about crooks getting hacked by other crooks, after all), or how can you tell that the crooks didn’t already sell them on?

Secondly, what if they come back next week, next month or even next year, when the stakes are even higher?

2 comments on “You’ve heard of sextortion – now there’s “breachstortion”, too”