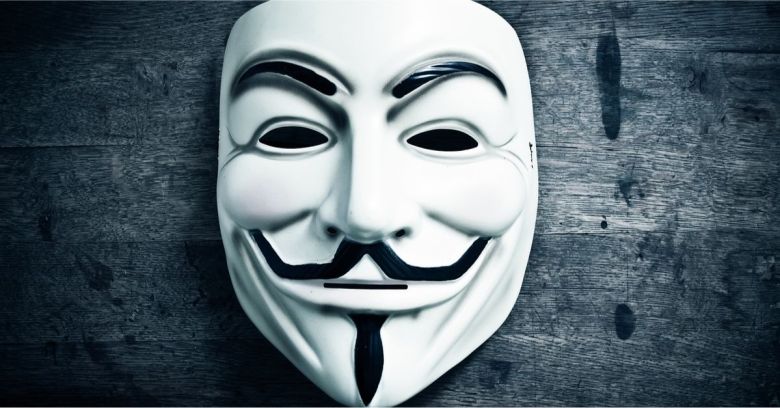 Following Friday’s fatal police shooting of Rayshard Brooks – a 27-year-old Black man who fell asleep in a fast-food drive-in lane in Atlanta and was shot while running from police who tried to tase him – hackers affiliating themselves with the Anonymous hacktivist collective may have briefly taken down the website for the city’s police department.

According to the Atlanta Journal-Constitution, the APD’s site was down for about 3 hours on Sunday morning.

The AJC reports that the outage happened around 8:30 a.m., following an announcement from a Twitter account branded Anonymous USA.

Of course, the connection between an Anonymous-branded warning and an outage could be simple coincidence. We don’t know what really took the site down. It could have been hacktivists triggering a distributed denial-of-service (DDoS) attack, an onslaught of web traffic flooding the site in the wake of yet another newsworthy police killing, or something as simple as server failure.

As was true prior to a resurgence of protest-related social media interest in Anonymous in these days of Black Lives Matter (BLM), saying that “Anonymous” did it isn’t saying much. As the Anonymous USA account itself explains:

#Anonymous is not a group, not an organization. Anonymous is an idea. Anyone can join us. There is no official account.

Regardless of how amorphous the Anonymous “idea” is and how iffy it is to lay credit on the hacktivist group, this might not be the first strike to come from Anonymous-affiliated hackers with sympathy for the BLM movement.

On 25 May, the killing of George Floyd while in custody with Minneapolis police sparked nationwide protests and outrage. Three days later, Anonymous hackers posted a video that threatened to “expose the many crimes” of Minneapolis police.

The following Saturday, the Minneapolis PD site and the parent City of Minneapolis site apparently suffered a DDos attack that lasted, sporadically, into at least Sunday morning.

As Variety reported at the time, the @LatestAnonNews Twitter account – which claims to be run by “multiple Anons” – didn’t explicitly take credit for the Minneapolis outages. It did, however, retweet posts linking Anonymous with BLM and #GeorgeFloydProtests.

In the immediate aftermath of Floyd’s killing, when the initial protests were concentrated in Minneapolis, Minnesota Gov. Tim Walz claimed that state networks had been subjected to “a very sophisticated denial of service attack on all state computers.” Such attacks don’t require a lot of skill, however, and can be launched with push-button ease or by simply renting from a DDoS-for-hire service.

At any rate, following Friday’s killing of Rayshard Brooks, Anonymous-affiliated hackers – or, perhaps, hackers sympathetic to BLM, or any hackers exploiting the climate of rage – may have turned their attention to the website of the Atlanta Police Department (APD).

Zak Doffman – founder and CEO of Digital Barriers, which develops advanced surveillance for defense, national security and counter-terrorism – wrote an in-depth article for Forbes about the problem of attribution when it comes to Anonymous and what might or might not be its members’ responsibility for the DDoSes against the two police departments’ sites.

Doffman said that the attack is “an embarrassment” for Atlanta, coming as it does two years after the city bought $2.6 million worth of emergency contracts to claw back its systems after a SamSam ransomware attack brought the city to its knees, destroying years of police dashcam video.

I was able to access www.atlantapd.org on Monday, 15 June. But at least earlier in the day, Doffman said that he couldn’t get through except when using a VPN through a US server, as the site wasn’t accepting connections from outside the US. That suggests that an attack may have come from outside the country, he said:

Attributing any such action to Anonymous is impossible, given the nature of its loosely affiliated organization. But, because self-styled members can essentially join the cause simply by saying they are doing so, it makes any action claimed by an Anonymous affiliate essentially attributed. The fact that the Atlanta PD website has limited access suggests that any attack may have come from outside the U.S.

He said that following the MPD attack, there have been other Anonymous claims, including those about disrupting police radio systems. The Associated Press, citing a 1 June Department of Homeland Security assessment, has reported that during a 31 May protest in Dallas, “unknown actors” disrupted the police department’s unencrypted radio frequency with music.

As The Hill reports, some police departments have switched to encrypted communications, citing the need to keep criminals from listening in on police radio channels through phone apps – a move that’s been criticized by media outlets that say it will potentially conceal public safety information from the public.